Fantasy Football Stock Watch: DeSean Jackson “putting on a show” in camp, including in the red zone 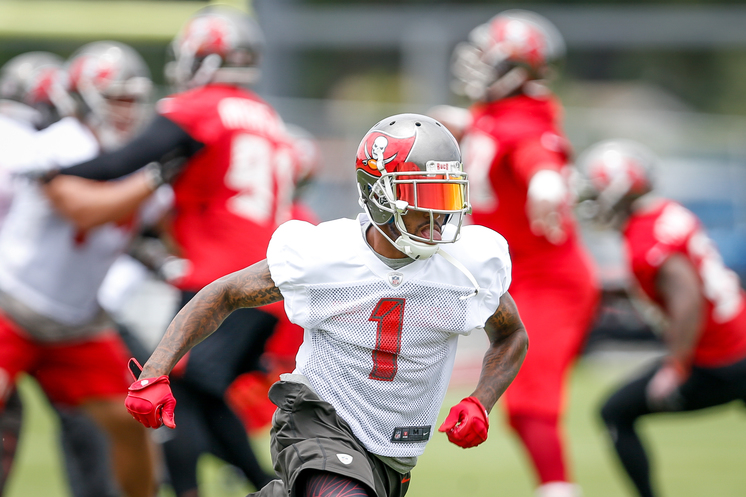 DeSean Jackson is dominating on every level of the field, and is far too under appreciated by fantasy owners.

According to Tampa Bay Times writer Rick Stroud, the newly acquired DeSean Jackson has been “putting on a show” in early training camp, and not just as a deep threat. Jackson’s reportedly dominating in red zone and goal line drills, where he’s making leaping grabs and acrobatic toe taps over defenders and maximizing his quick-twitch abilities.

With an ADP of 90 (WR35) and ECR of 80 (WR35), Jackson is making for one of the league’s highest-upside discounts. He can be acquired as a mere flex afterthought, but could explode for Top-20, WR2 numbers as a perfect Talent, Usage, and Scheme Fit.

His emergence is an obvious stock-booster for Jameis Winston, as this offensive drips in huge play potential in Dirk Koetter’s “Four Verticals” scheme that emphasizes chunk yardage. Mike Evans is further helped, as though his target share will decrease, the quality of those looks will be substantially improved with Jackson keeping defenses far more honest. Doug Martin and the running game will similarly benefit from lighter boxes and more Red Zone chances.

In short, this news is only a positive for all parties involved, especially Jackson himself.

DeSean Jackson was the Buccaneers most highly sought-after free agent this off-season, which should’ve surprised no one.  After watching pass attempts sail over Adam Humphries lugging ass, it was clear Dirk Koetter‘s “Four Verticals” offensive scheme desperately needed an infusion of talent and especially speed.  Conveniently, the league’s premier deep ball artist, fresh off leading the league in Yards per Catch (17.9), was there for the taking. And so he was plucked.

Predictably, Jackson’s fitting like a glove and dominating early in training camp. Indeed, he’s making the expected plays on deep ball bombs, and flashing his dangerous ability to take quick-strikes the entire distance of the field:

Jackson made several other big plays, including hauling in a deep pass down the right sideline from Jameis Winston.

“DeSean had a great day,” Koetter said. “Got off to a fast start. You know one of his best plays, I don’t even know (it anyone saw it) because it was over there on the sideline in that last period on a quick out, he broke that tackle and he was gone. Big day for DeSean. Fun to see.”

More surprisingly, however, is Jackson’s reported dominance in the red zone and goal line drills. Though most would believe hulking targets like Mike Evans, OJ Howard, and Cameron Brate would limit Jackson’s RZ TD ceiling, he’s reportedly proving an equally dangerous weapon in the tight areas:

DeSean Jackson is known as such a dangerous deep threat, it’s easy to dismiss him in the red zone. But Jackson put on a show in practice Saturday and it began in 11-on-11 near the goal line. First he beat cornerback Vernon Hargreaves to the inside and made a diving catch in the end zone. Then lining on the right side of the formation, he ran a post route and made a leaping grab under the goal post and toe-tapped in the back of the end zone.

“Anytime you’re able to get that close down there, it’s a little harder because the field gets smaller but we had some great plays in there,” Jackson said. “I was able to make some great plays.”

We were already far higher on Jackson than the industry, ranking him 30 spots over his 90 overall consensus ADP and 20 spots over the Expert Consensus Rankings. After all, we thought Jackson was the perfect answer to offensive coordinator Todd Monken’s questions surrounding big plays:

“How can we be explosive? That’s what the game is about, man. People like big plays. I like big plays. So how do we figure out how to get big plays? In football trick plays are fun. I mean, what isn’t fun about explosive plays and throwing it down the field and guys making plays?’

But the added red zone work has him rising even further, jumping from our upside WR3 tier into the WR2 range. Not bad for a mere flex price point.

Especially considering the upside doesn’t even stop there.

As explored with Bucs Insider Trevor Sikkemma on ‘The Fantasy Fullback Dive,’ Jackson spent OTAs lining up all over the place, and could be used more creatively and extensively than ever before: “They’ve had him running out of the slot, trip wide receiver sets, even out of the backfield a little bit.” 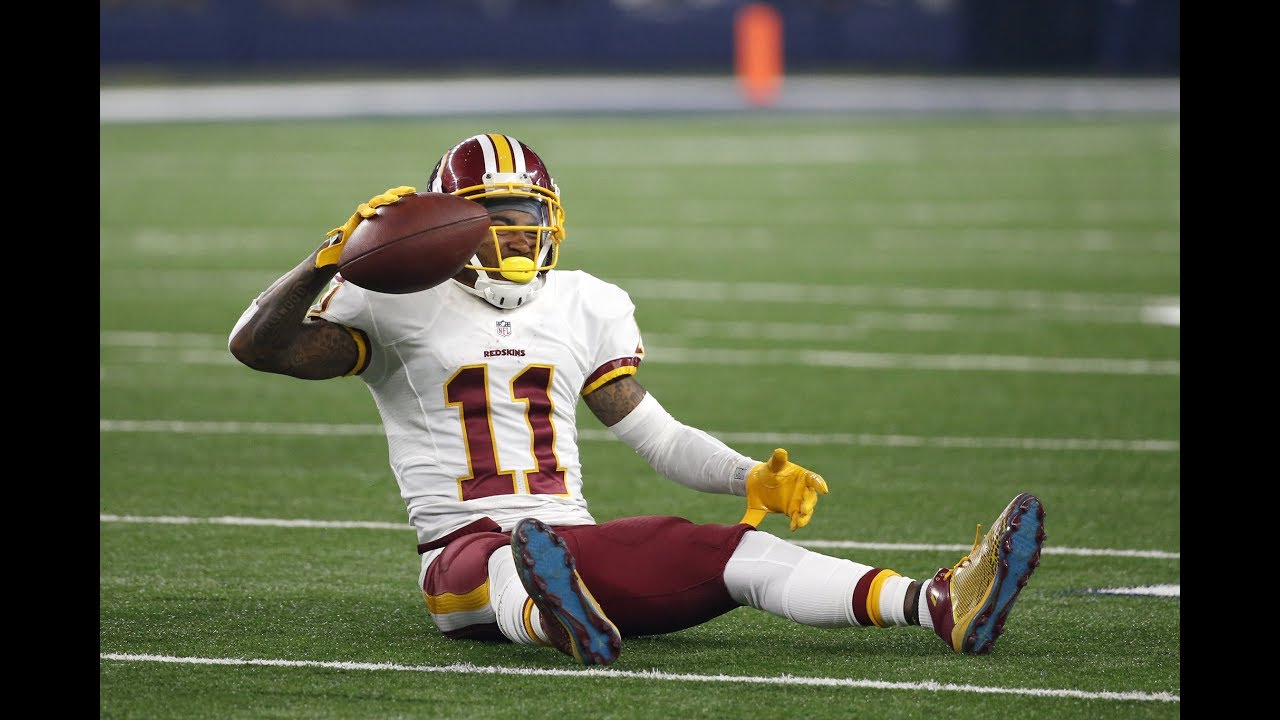 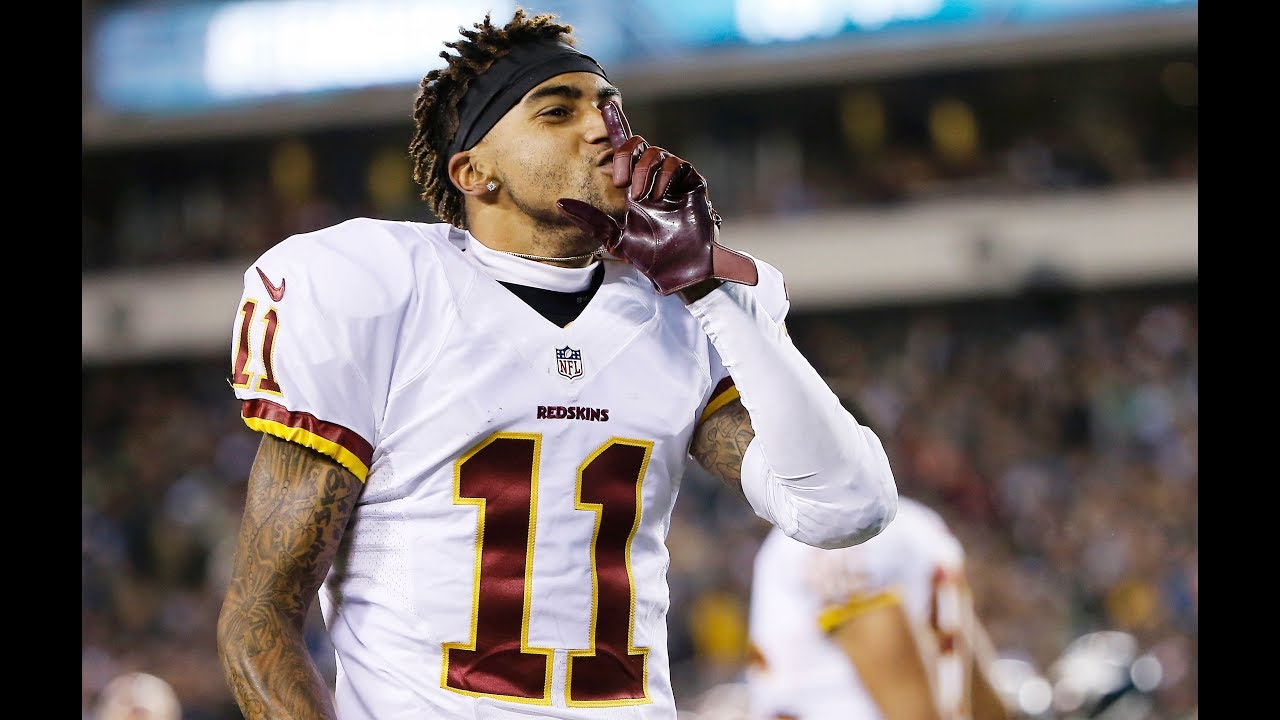 Clearly, the team is manufacturing ways to get their new explosive toy as many touches as possible. With even more looks beyond the “go-routes,” especially those in the red zone, Jackson should add some floor to his usual “boom-or-bust” ways. Currently going as an early 8th round investment, Jackson is the ideal WR3 coated in a top bench player price.

Ideally, with RotoWorld busy covering crucial stories like Vikings DL Linval Joseph getting an extension, this news will keep flying under fantasy radars and help Jackson remain a massive bargain. He could be a title-winner should the market stay this way.

Do you agree DeSean Jackson offers insane upside at his cheap price? Or is The Wolf blinded by the buzz? Sound off below or hit him up @RotoStreetWolf to verbally abuse him!

Plus, the Fantasy Stock Market never stops turning, and we’ll be tracking every single move with our Fantasy Stock Watch. Best of all, our industry-leading (and FREE) Draft Guide will be updated and re-released mid-August with all these important alerts, just in time for your drafts. To keep up with breaking fantasy football news, be sure to follow us on Twitter, Instagram and Facebook.