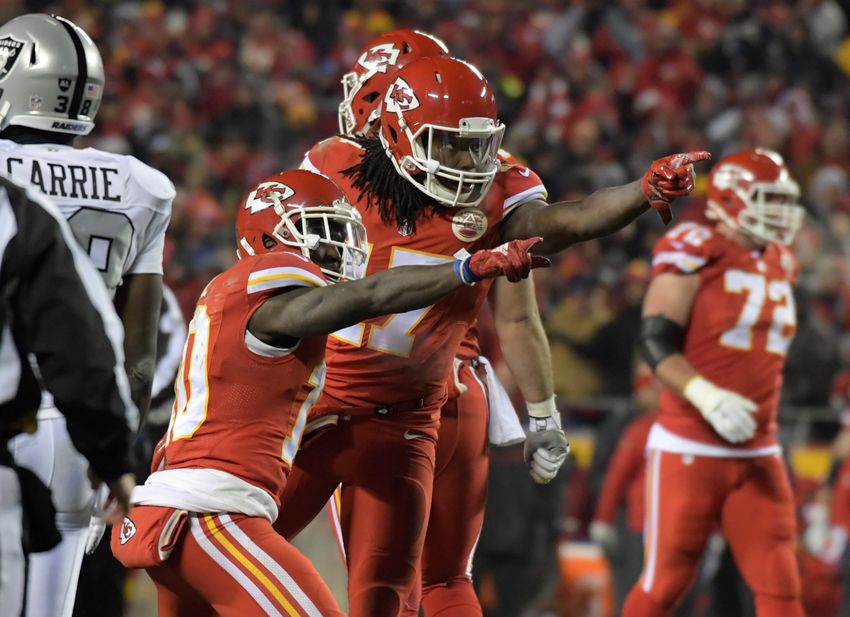 If you didn't catch our Chiefs preview with Chris Clark of 'Locked on Chiefs,' here are some of the key fantasy points that we learned. 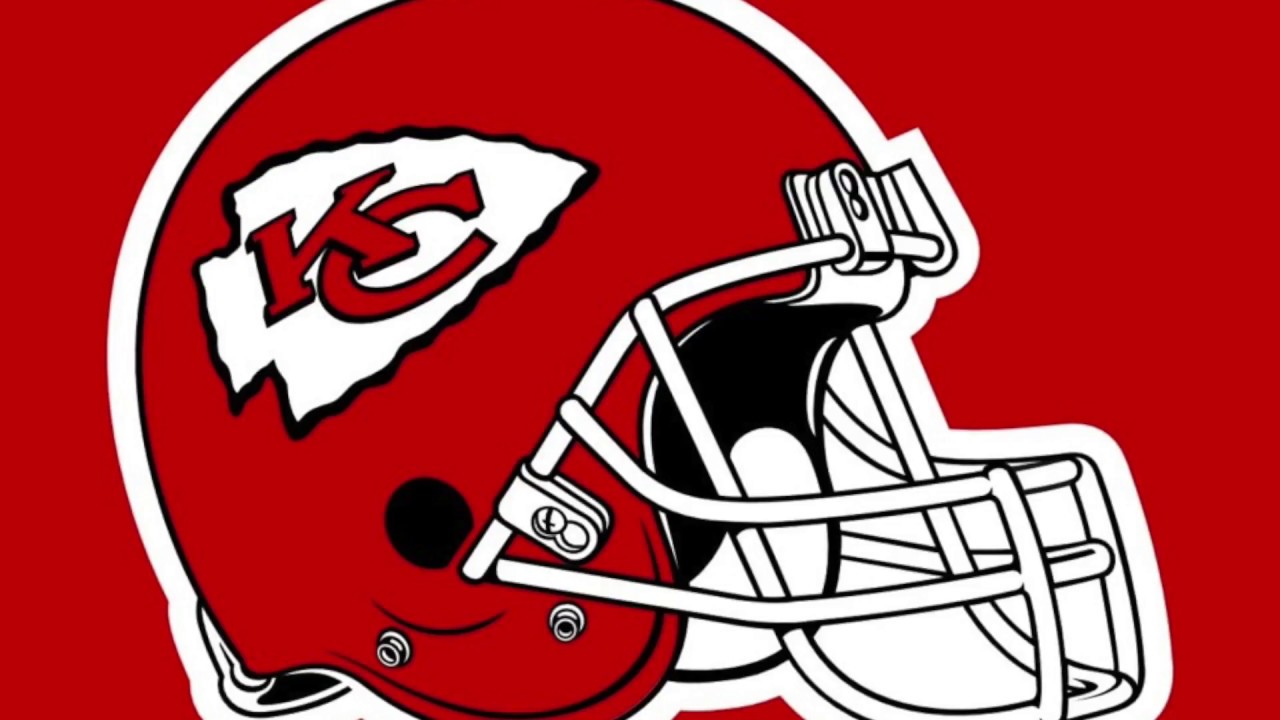 Continuing with the Fantasy Fullback Dive’s summer of team fantasy previews, The Wolf and The Truth recently sat down with Chris Clark, Chiefs insider and host of the ‘Locked on Chiefs’ podcast, to talk about how the Chiefs are going to impact your fantasy season. You can find the episode on iTunes here and Stitcher here. The pod is jam-packed with helpful insights on the appropriate amount of hype for Tyreek Hill, Travis Kelce‘s case among the league’s top tight ends, and what lesser-known names in KC’s offense that could make a fantasy splash in 2017.

Here’s the top 5 things we learned from Chris Clark that you need to know heading into your draft.

Last week when I broke down FFD’s interview with Ryan Hannable from WEEI, I mentioned how difficult it is to rely on Patriots weapons for fantasy production because the nature of a Belichick offense is based completely around matchups, who’s hot, and who’s looked good at practice. Week by week the scheme changes, and as Chris Clark tells us, Kansas City has been operating in a similar fashion.

While this unique, matchup-based offense has obviously worked for Kansas City, leading them to a 43-21 record in 4 seasons under Andy Reid, it certainly throws a little wrinkle in every fantasy-relevant option they bring onto the field, so it’s certainly something to keep an eye on.

2. Tyreek Hill is the team’s undisputed WR1, but it may cause a decrease in total touchdowns

“I think he’s going to step into basically what Jeremy Maclin’s role was… I do think they will give him some of those running back snaps, too.”

Tyreek Hill is one of the more intriguing fantasy storylines heading into 2017, as nobody really knows what he has in store for us this year. Last season, Hill caught everybody off guard and became one of the more prolific weapons in the game, tallying 12 total TDs on the year — 6 receiving, 3 rushing, 2 punt returns, and 1 kickoff return. We already know that one of those totals will diminish in 2017, as it’s been announced that Hill will no longer be the team’s return man on kickoffs. This obviously makes sense — as the team’s top wideout, the risk of getting injured on a kickoff return is not worth the reward of possibly 1 or 2 TDs over the course of the season. Hill will still be the team’s primary punt returner, so return TDs won’t fall completely by the wayside for him, but they’ll certainly be harder to come by.

Clark actually predicted a decrease in total TDs for Hill this season, which makes sense given his decreased number of roles. But he predicted 8-10 receiving TDs for Hill, and that he’ll prove that he’s more than just a gadget player, and that last season was no fluke. But keep in mind that if Hill’s TD numbers do go down a little this year, that doesn’t necessarily signal regression — in fact, it may mean he’s molding into a more traditional offensive weapon that, if anything, may fare better for your fantasy team than the multi-purpose return man we saw in 2016.

Obviously when it comes to tight ends in the NFL, for most fans there’s Rob Gronkowski, and then there’s everyone else. And although Gronk has certainly earned that status, there’s no doubt other guys are creeping up to that top spot, and Travis Kelce is certainly one of them. Kelce set career-highs a season ago in receptions and yards, topping 1,000 receiving yards for the first time in his young career, and appears in the right position to improve upon those totals in 2017. Clark spoke very highly of him, too.

“You saw what he did last year. To me, he’s easily a top-2 tight end, I think he’s really close to Gronkowski if he’s not there with Gronkowski. You can’t cover him with anybody in the NFL right now. He’ll overpower corners, he’ll run past safeties, run past linebackers. He’s a complete tight end when it comes to the passing game, and he’s getting better as a blocker.”

What was even more impressive about Kelce’s 2016 campaign is that he managed to lead all tight ends in fantasy output despite scoring just 4 TDs on the year. Clark suggested this is due to change, however, and assured that Kelce’s role in the Chiefs offense will only continue to increase this season, especially in the red zone.

4. Expect a 2-member running back committee

Coming off a year in which he fell just short of 1,000 rushing yards, Spencer Ware is the undisputed top running back in Kansas City heading into this year. Jamaal Charles is long gone, and Ware’s only real competition (Clark is confident that Charcandrick West will be a non-factor this season) comes in the form of rookie Kareem Hunt, who the Chiefs took with the 86th overall pick in this year’s draft. Hunt was a stud at Toledo, rushing for almost 5,000 yards in his 4 years there, and he represents a legitimate RB option for Kansas City if they choose to utilize him.

“From everything I’ve heard, Kareem Hunt’s looking great… I think that Ware is going to get the bulk of the carries in the beginning of the year, and you’ll see Hunt get more action throughout the rest of the season.”

Clark also pointed out that Ware has taken it upon himself to become much more of a vocal leader this year, which will be good not only for his role on the team but for the team as a whole. The Chiefs have a ton of young talent, which certainly isn’t a bad thing, but it leaves room for guys like Ware to step up and be the leaders and make a positive mark on the young guys.

Ultimately, it bodes well to avoid the Chiefs backfield completely as far as fantasy football is concerned, but that doesn’t mean it will be a weak spot for the team this year.

5. Chris Conley is the team’s #2 wideout but may not produce accordingly

The 76th overall pick from the 2015 NFL Draft, Chris Conley is a solid 6’3″, 205 lbs., and holds the NFL Combine record with a 45-inch vertical leap. And now with Jeremy Maclin gone, Conley is the team’s undisputed #2 wide receiver. Despite this, however, Clark does not anticipate much from Conley this season.

“Conley was the #2 when Tyreek Hill and Maclin were there last year, so I can’t imagine he’s going to have much competition, unless [Jehu] Chesson just comes out and plays out of his mind… I think Conley has shown that he is a good receiver in this league, I just don’t think Alex Smith trusts him enough, and he doesn’t get the separation that Alex wants to see to get the ball enough.”

The Chiefs really have found a way to succeed in a passing league without utilizing more than one or two wideouts, and that trend will likely continue in 2017, as weapons like Kelce and Ware allow the offense to flow through any number of channels and not rely on a lot of production from the receiving core. Because of this, and his relative inexperience in the offense, it doesn’t appear that Chris Conley will be too much of a threat for KC this season — barring injury, of course.