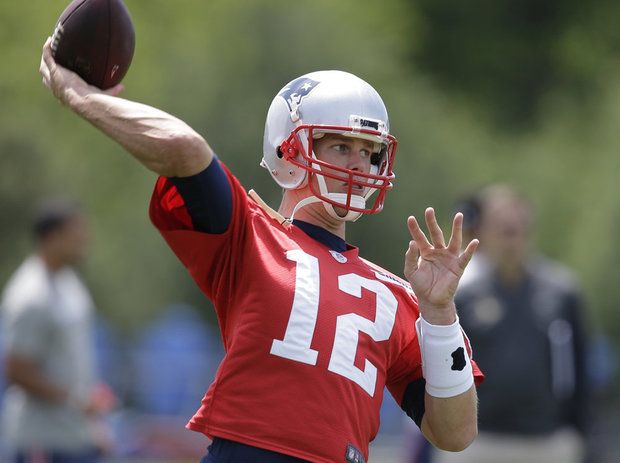 If you didn't have time to catch our Patriots preview with Ryan Hannable of WEEI, here are some of the key fantasy points that we learned.

Earlier this month on the Fantasy Fullback Dive (subscribe on iTunes here and on Stitcher here) the boys sat down with Ryan Hannable, Patriots beat reporter at WEEI in Boston, to talk Patriots offseason moves and their impact on the team’s quest for a repeat. Here’s the full episode. And as always, here I’ll be giving you the main fantasy-relevant takeaways from our interview so you know what you need heading into your fantasy draft.

In this episode, The Wolf and The Truth break down every way the Patriots are going to impact your fantasy season — what trends can we expect to form in the Pats offense? Is Brandin Cooks developing chemistry with the rest of the offense? Could we see 16 games from Rob Gronkowski next year? And what the hell does the future look like at QB? The Patriots are always a tough team to gage fantasy-wise, so let’s see what our expert is saying heading into 2017.

1. Brandin Cooks is already showing deep ball rapport and is being prepared for a big role

Right after the Patriots acquired Brandin Cooks via trade from New Orleans, I used him as the subject for a Fantasy Football Stock Profile. Cooks ended up with a pretty high score — 44/50, a B+ — and he currently sits as The Wolf’s WR12 heading into his first season in New England. I said in that Stock Profile that a big reason I believe Cooks could have a breakout year despite New England’s tendency to spread the ball around is that Bill Belichick is very stingy about giving up assets. The fact that Bill surrendered multiple picks for Cooks, including his 2017 1st-rounder, tells me that he wanted Cooks bad. He sees a future with the team for him, as well as an immediate impact this season. And after listening to our interview, it’s clear that Hannable agrees.

“Everything we’ve seen on the field [from Brandin Cooks] is really good… I look to one play that we saw last week during mini-camp on 7 on 7, where Brady hit Cooks for a 60-yard touchdown perfect in stride, so that kind of shows to me that they’ll be taking some shots downfield with him.”

Hannable goes on to say that even though Cooks will be used as a downfield threat like New Orleans loved to do so much, he’ll also see some time out of the slot where he gets the ball moving across the field and gets an opportunity to use his speed and quickness to slice through the secondary. Bottom line is, the Patriots are experts in getting eight-figure contract production out of six-and-seven-figure players, particularly at the wide receiver position. Now that they have that big-play guy on the roster, he’ll certainly be utilized to the fullest extent.

2. Tom Brady will have another Tom Brady season, but don’t expect records — unless you’re The Wolf

“He’s not throwing 40 touchdowns here, there’s no way. I mean, you just look at his past numbers, he’s only thrown more than 39 touchdowns just once in his career, and that was the ’07 season when he threw 50. It’s just unrealistic to expect him to throw 40 touchdowns.”

Previously on the Fantasy Fullback Dive, Hannable had come on and the guys had discussed realistic 2017 touchdown totals for Tom Brady. The Wolf insisted that Brady could make a run at his 2007 single-season record 50 TD passes, but The Truth and Hannable vehemently disagreed, instead setting their realistic over-under around 31 TDs. And despite the weapons the Patriots have amassed and the Brady fanboy in me that wants to say he’ll average over 3 touchdown passes per game, I have to agree with our expert here.

One thing we can’t forget is that in 2007, Tom Brady was a spry 30 years old, still a full calendar year away from the rule book-altering ACL tear that gave us the autumn of Matt Cassell in 2008. He’s turning 40 in August, and as much as I love to tout Brady as the man who told Father Time to shove it, it’s inevitable that Brady’s age will restrict him to a point this season. For starters, he’ll seek efficiency over anything — we even saw this a season ago, in his 67.4% completion rating (5th in the NFL) and microscopic interception total (2 on 432 attempts). In fact, Brady’s completion percentage has risen each season since 2013, while his number of attempts have generally declined (obviously partially due to some “suspension” that apparently happened last year, but still).

Ultimately, Brady will take chances down field and not hesitate to utilize the insane amount of weapons he’s been given — it’s how he’s built his Hall of Fame career. But 2007-esque numbers will be hard to come by, and if you set your expectations there for 2017, it’s likely you’ll be disappointed.

3. The backfield could be a mess, but Mike Gillislee will be getting goal line chances, and James White will be the pass-catching back

A season ago, the Patriots 3-headed backfield monster of LeGarrette Blount, James White, and Dion Lewis worked wonders — Blount led the lead in rushing TDs with 18, Lewis made a decent impact after returning from a torn ACL, and White — well, he did some good stuff, I guess. 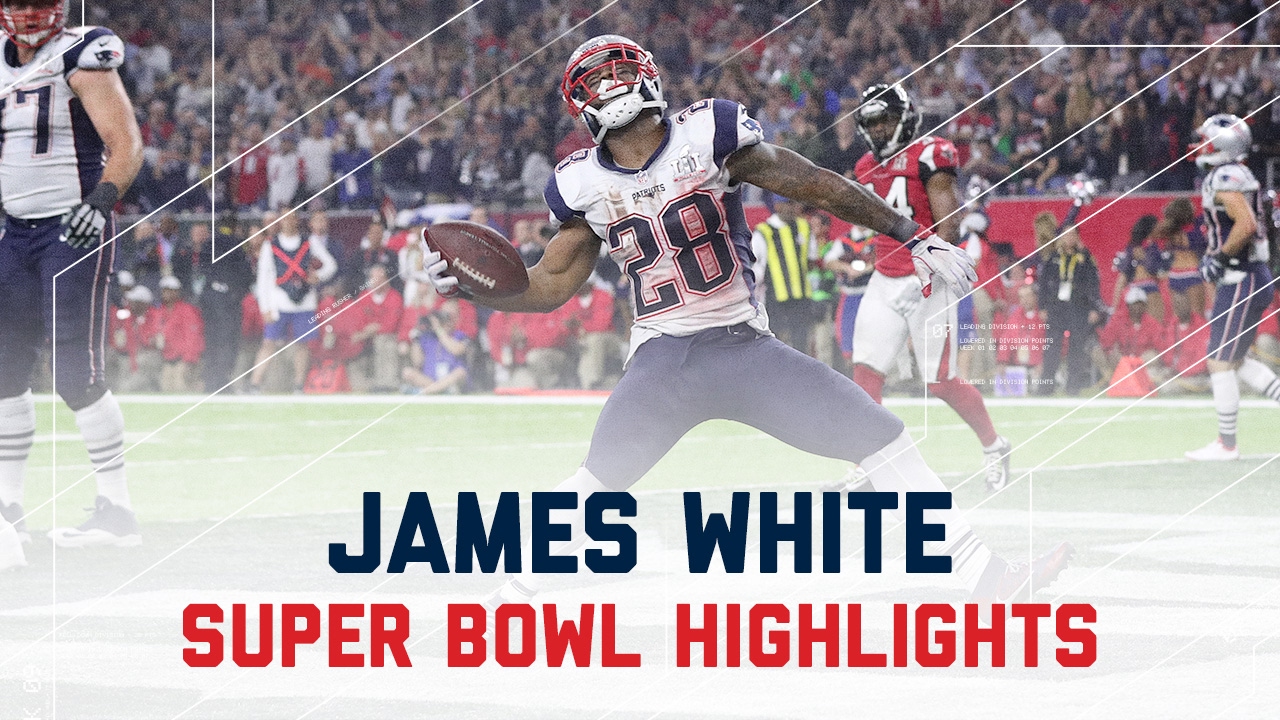 But just a quick glance at the roster shows things will be different this year — Blount is in Philadelphia, and he’s been replaced by an efficient bruiser in Mike Gillislee and a do-it-all runner in Rex Burkhead. So what’ll the backfield dynamic look like in 2017?

After Gillislee, James White becomes the next-best Patriots back for your roster. Hannable says White “is gonna be the third down back, he’s gonna catch a lot of passes out of the backfield… those PPR leagues, he’s gonna be great for because he’s a big part of their third down offense.” His Super Bowl performance is obviously fresh in everyone’s mind as well, so Pats fans will want to see if their newest Super Bowl hero can pull off an encore in 2017.

Burkhead and Lewis round out the backfield on Hannable’s list, but neither project to have much fantasy relevance aside from a one week explosion that couldn’t be predicted any more accurately than where the hell Paul George is going to end up. Generally the rule of thumb in 2017 is going to be avoiding the Pats backfield at all costs, but if you’re put in that situation or you just want to prove us wrong, Gillislee (standard) and White (PPR) will be your best bets.

4. Rob Gronkowski looks 100% and should have a monster season IF he can stay healthy

If you (somehow) weren’t aware already, Rob Gronkowski currently has 69 career touchdowns. That’s great for two reasons: 1) Duh, and 2) he’s the Patriots franchise leader in receiving touchdowns at just 28 years old. And with 3 years remaining on his deal, he figures to remain an integral part of New England’s offensive attack for the near future — that is, if he can stay on the field. Gronk missed 11 games last season due to injury, including the team’s entire postseason run, and his health has been virtually his only question mark ever since his collegiate days. But if that question mark can become an exclamation point and Gronk can stay on the field for the entire 2017 season, our expert seems confident we can expect something big.

“I think honestly him being out there for OTAs and mini-camp is a great sign…I think he’s on his way to a great season. They might want to be a little bit cautious about the routes that he runs, maybe earlier in the season, maybe not as many post routes over the middle that line him up to get drilled by a safety, but still. You put him in the red zone, match him up with Dwayne Allen on the other side of the field… I think he’s going to have a monster year.”

And really, that’s all I need to expect an All-Pro season from Gronk. Hannable knows more about this team than I know about the severity of my student loans, so I trust his take, and I know from watching this team for the last seven years that Gronk isn’t just a big guy that can sneak up on you and torch your defense for a big game — teams have been molding their defensive game plan around this guy for years, and when healthy, he’s put up record-setting numbers anyway. As long as Rob Gronkowski is on the field in 2017, expect great things — especially with his incentive-laden contract restructure for this season.

5. (Bonus) The Patriots hope they can hold onto Jimmy Garoppolo and groom him to be Brady’s successor

This really has nothing to do with fantasy football, especially not this upcoming season, but I wanted to talk about it anyway. One of the main stories of this offseason has been the trade talks surrounding Jimmy Garoppolo, and what his future with the team is going to be. Should they trade high now after the small but impressive sample we got from him last year? Should they hold off in case of a Brady injury? It’s a tough decision to make, because although Brady isn’t getting any younger, he’s still seemingly at the top of his game. Many around the league believe Garoppolo is ready to lead an offense now, and stashing him behind arguably the greatest QB of all time seems irresponsible, if not downright stupid. But amid all the speculation, the Patriots have been clear from the start that Garoppolo is in their vision for the future of the franchise. And that sentiment hasn’t seemed to change.

So although he may not get the opportunity any time too soon, it appears the general consensus in the Patriots front office is that once Tom Brady finally hangs ’em up and rides off into the Brazillian sunset with his supermodel wife and Polo catalogue-worthy children, Jimmy Garoppolo will still be in red white and blue, trading in his Microsoft tablet and spot on the bench for a couple Lombardi’s to call his own.