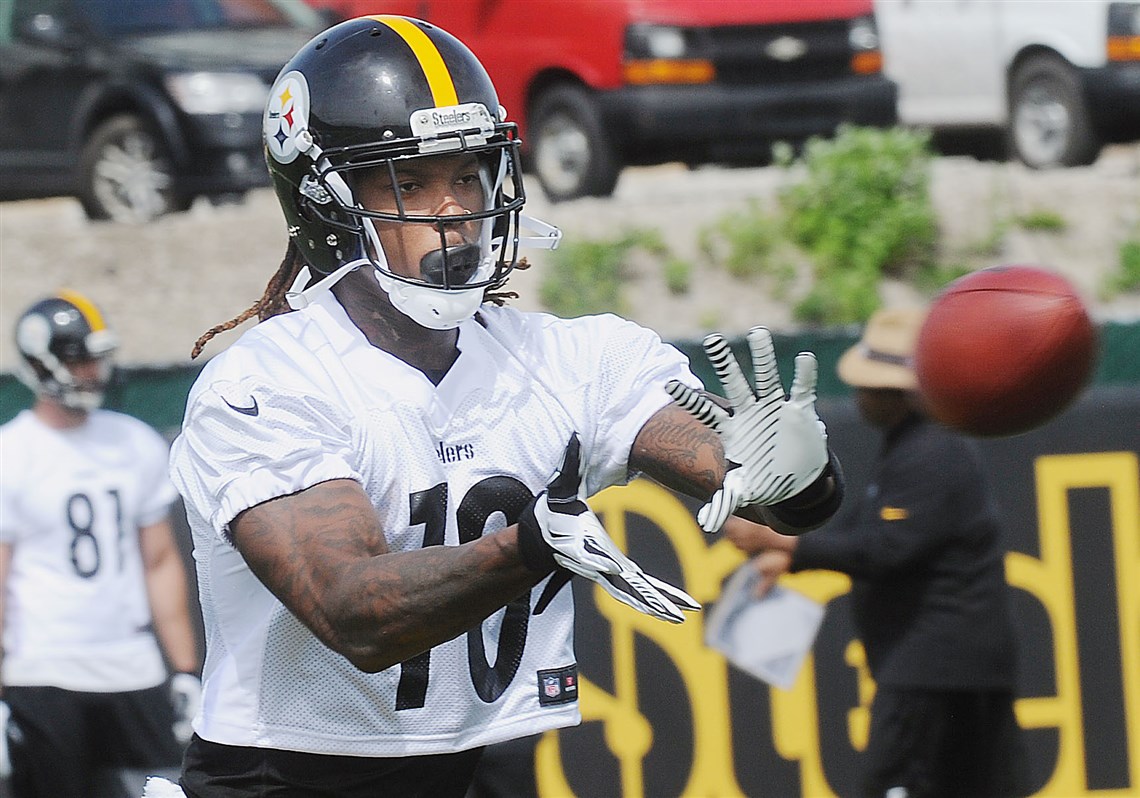 Martavis Bryant is difficult to trust (for good reason), but he has the potential to explode in 2017,.

Hopefully Martavis Bryant learned from his past mistakes, as he has the highest upside at his current ADP (60 overall, WR30) and possesses a legitimate low-end WR1 ceiling.

Ben Roethlisberger is a different quarterback with Bryant in the lineup, putting up an 11:1 QB:INT ratio when targeting his talented wideout.

Antonio Brown won’t be the only receiver who the opposing defense will have to account for, as he will most certainly benefit from the reinstated receiver who lines up opposite of him.

Martavis Bryant is one of the NFL’s greatest enigmas. When he’s on the field, he’s borderline unstoppable. But that’s just the issue with Bryant… he’s never on the field. Since leaving Clemson in 2013, the troubled wideout has played in 21 of a possible 48 regular season games.

Yet it’s what Bryant’s done in those 21 games that makes him such a polarizing fantasy prospect. Throughout those games, he put up 1,314 yards and 14 touchdowns on 76 receptions (141 targets), which is pretty damn impressive for his first 21 games in the NFL. In those two “seasons”, Bryant averaged a whopping 17.3 yards per reception, which shows how legit of a downfield threat he truly is. From a fantasy perspective, Bryant has averaged 12.55 (.5 PPR scoring) fantasy points per game, highlighted by a 13.4 point average in 2015. Even using a standard (who even plays standard?) scoring system, Bryant has racked up 14-plus points in eight of those games, and 20-plus points in four of those contests.

Over last three seasons (min. 125 tgts), Martavis Bryant ranks behind only Julio in PPR/Snap and behind just DJax/Baldwin/Jordy in PPR/Tgt. pic.twitter.com/ozVCmWW5YF

After missing the entire 2016 season due to failing yet another drug test, his teammates and especially his quarterback were obviously not very happy with his decision making. Roethlisberger said he “felt betrayed and even lied to” by Bryant prior to his season-long suspension.

“It’s more than just me. He has to win back everybody’s trust,” Roethlisberger said. “I would hope he comes up to me and we go somewhere to talk in private. After that, he has to show with his work ethic and by staying clean that he cares — really cares — about us. If he does that, it’ll be huge. He can really help us. He can be so great.”

Not only did Martavis’ suspension affect the team’s play on the field, but also Roethlisberger as an individual, which explains his disappointment in his young receiver. In the games in which he and Bryant were on the field together, Roethlisberger threw for 7,287 yards (331 avg) and 43 TDs (1.95 avg). Additionally, Roethlisberger had a passer rating of 126.5 when targeting Bryant, along with a 11:1 touchdown to interception ratio. A 16 game pace would total a 5,299 yard, 31 touchdown season for Big Ben.

Adding Bryant back into the lineup will not only help Big Ben’s recent road woes (which are real), but his addition will also help Antonio Brown, who will feel relieved to have a legit receiver across from him. Last season without Bryant, Brown averaged 85.6 yards per game. In his previous two seasons with Bryant lining up across from him, AB averaged 113.3 yards per game, per @fantasyfooboos.

Since showing up to OTAs in tip-top shape, including an added 10 lbs in the muscle department, Bryant has turned the heads of his teammates with his play and most importantly the same man who felt betrayed by Bryant last season.

“Good.” Roethlisberger said when asked about Bryant fitting back in with the squad. “Learning some of the stuff we put in last year he didn’t know about, remembering things that we had in before. He looks like a stud, as usual, so we’re excited for him to be on the field this year and help us out.”

Roethlisberger did continue to express a little bit of doubt — who could blame him — regarding his uber-talented receiver, “Well, I think it’s just proving to us he can be out there all season. We need him all year, so I think that’ll be big for us.”

If Martavis continues to gain his teammates trust and plays with a chip on his shoulder to prove the doubters wrong, his WR30 and ADP of 60 will look foolish by season’s end. If he stays on the field, Bryant carries legitimate low-end WR1 upside in the Steelers fantasy frenzy offense. He possesses as much talent as any WR2 in the league and will definitely benefit from the safety help that AB attracts on the other side. I feel sorry for the CB2 of any team who is asked to be on an island with a 6-foot-4, 225 lb monster who was clocked at 4.42 at the NFL combine.

As part of the conditions of his suspension being lifted, Steelers Martavis Bryant gets drug tested 3X week, meets with counselor 2 x week

With a Josh Gordon-like suspension cloud hovering over his head, the chances of Bryant screwing up again this season are slim, so take a flier a little early on Martavis Bryant and you’ll be rewarded with the steal of your draft.