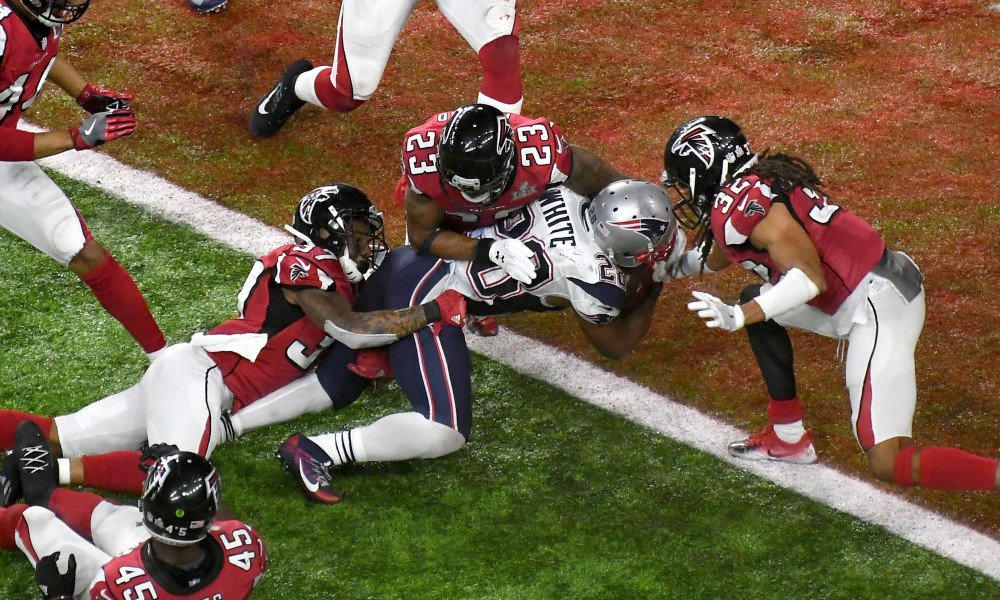 See what the 'Watchers on the RotoWall' have to say about the recent James White RotoBlurb.

Amidst such a crowded backfield, Patriots RB James White’s value gains clarity & rises after “seizing” the third down role “with authority.”

Meanwhile, Dion Lewis and Rex Burkhead continue falling without a clear “fit” in this offense. With New England brewing an offense that could threaten scoring records, this backfield remains crucial to decipher, despite being log-jammed with talent.  Thankfully, some clarity has begun to emerge.

He’s won over Bill Belichick, quarterback Tom Brady and Co., with his steadiness and continued improvement, elevating from a player who was inactive in Super Bowl XLIX to becoming unquestionably the Patriots’ go-to guy in the all-important “passing back” role. White played 30 snaps as a rookie in 2014; upped it to 290 in 2015; and played 425 last season.

Because of how often the Patriots throw the ball, the “passing back” role is vital, with Kevin Faulk, Danny Woodhead and Shane Vereen among those who have played it well over the years. White…has now seized the spot with authority.

As Reiss wisely notes, this role has historically been crucial, and made PPR monsters out of Faulk, Woodhead, Vereen, and Lewis in 2015.  Josh McDaniel‘s offense is predicated on getting the ball quickly to the right matchup, and letting the pass-catcher do the work; this read is often the running back-on-linebacker mismatch.

Now, White shouldn’t be expected to come close to his record-setting Super Bowl pace of 14 catches, 140 total yards, and three scores, and Lewis and Burkhead linger in case White falters. Still, any secure usage alongside Tom “Our Savior” Brady is worth a weekly flex consideration, and it sounds like this is White’s job to lose.  Thus, the Super Bowl hero rises from mere “Penny Stock” consideration all the way to RB25, just behind Theo Riddick.  Meanwhile, Lewis and Burkhead continue falling down the ranks without a clear role.