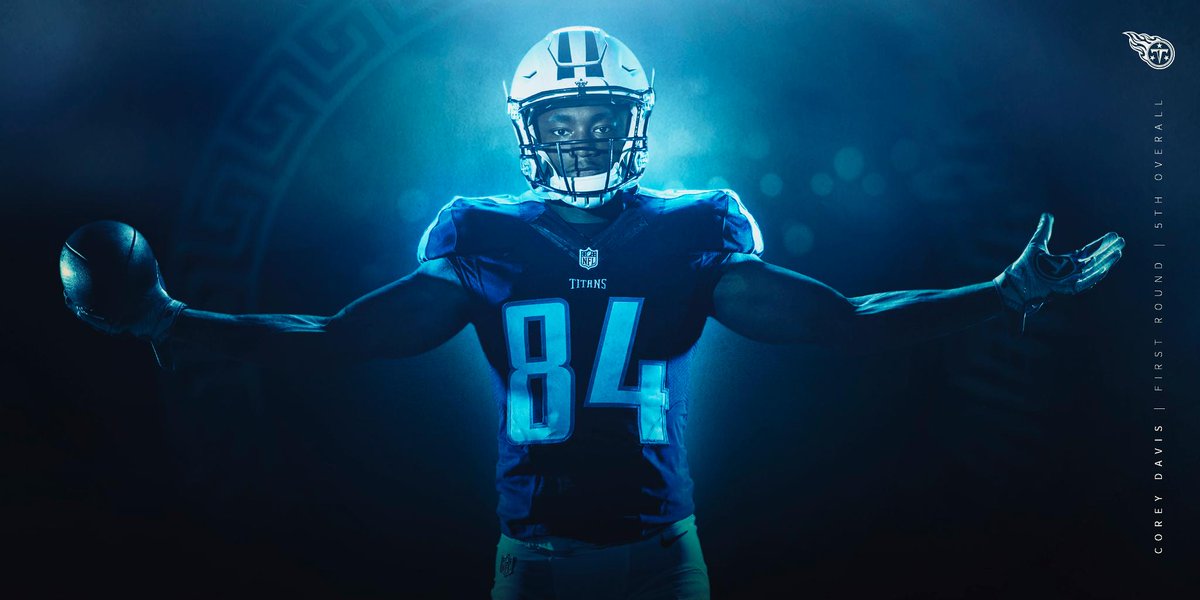 The 2017 rookie class will have fantasy-relevancy.

The 2017 NFL Draft is in the books. We gave you in-depth fantasy-based rookie reports on the first rounders and now it’s time to give you our Fantasy Football 2017 Rookie Rankings:

It’s clear that with the Jaguars using the No. 4 selection on the former Tiger, Fournette will be the bell-cow in Jacksonville. Fournette’s only issue for fantasy purposes is that he’s never shown an ability to catch the football. If they’re looking to utilize him as a three-down back (and if he stays healthy), then he’ll be this year’s Ezekiel Elliott. Although I’m not extremely high on Fournette, this is based on pure volume, rather than my faith in his three-down potential.

Davis possesses the skill set to take over the WR1 spot from our boy, Rishard Matthews. Screw the “he went to a MAC school” narrative; Davis is a baller and he’s the best receiver in this draft class. Marcus Mariota will target the 6-foot-3, 210 lb silky smooth route runner on the regular; expect a Mike Thomas-esque season.

McCaffrey is more than just a third-down back. The former Cardinal is a three-down back who can handle 15-20 touches per game in the NFL and he’ll add a major spark to this plodding offense. Not to mention, he’ll catch 55-plus balls.

If Mixon didn’t make such a garbage decision at age 18, then he would have likely been a top-15 pick in this draft. Mixon is a true three-down back who can do it all. With this selection, the Bengals are basically saying goodbye to Jeremy Hill, and Mixon will only be fighting off Gio Bernard for third down work.

With the Chargers drafting Williams and two very talented offensive linemen, they’re looking to extend Philip Rivers‘ career. Although Williams has some trouble gaining separation, he’s a monster red zone target and excels in contested situations. His reception volume won’t be there, but he should have eight-plus touchdowns in ’17.

Ugh, this was such a disappointing landing spot for a player with Cook’s elite, three-down skill set. As we saw with Adrian Peterson, it’s tough to be a running back in Minnesota. The Vikings signed Latavius Murray to handle short yardage and early-down duties, which will hurt Cook’s value early-on, but his talent should eventually separate himself from Murray. Expect 50-plus receptions, but the rushing touches will be the difference between a potential RB2 and a lucky streamer option.

This is a perfect fit for the talented receiver out of East Carolina. He came from a passing offense where he’s used to making plays — he recorded 158 rec. for 1,746 yards in 2016 — and with the departure of Robert Woods and Marquise Goodwin, Jones will be able to slide in across from Sammy Watkins. If Watkins can stay healthy, Jones should feast on single coverage.

The fantasy world wanted the Packers to select Dalvin Cook with pick No. 33, but they passed and eventually selected the running back out of BYU in the fourth round. Williams is one of the more talented pure runners in the class and will give the Packers strength between the tackles and true running back instincts that they lack with Ty Montgomery. There’s no reason why Williams shouldn’t be the Packers workhorse in 2017.

Ross brings speed that the NFL hasn’t seen since Chris Johnson ran for 2,000 yards. He’s in a similar position where Sterling Shepard was last season, where he will open things up for the perimeter receivers, but he might not put up the individual numbers that most expect. Unlike Shepard though, Ross brings legit downfield skills like Brandin Cooks and should excel with the defense focusing on AJ Green. If Ross can stay healthy (a major if), expect 65-70 receptions, 750’ish yards and eight-plus touchdowns.

O.J. Howard was severely underutilized in Lane Kiffin’s offense at Alabama and the 6-foot-6, 251 lb’er will be a major all-around tight end force in the NFL. With Mike Evans commanding double teams and DeSean Jackson taking the top off the defense, expect Howard to be targeted in the seams and take advantage of single coverage against slower linebackers or smaller safeties. Even with the firepower around him, expect double-digit touchdowns. To say that the Buccaneers were happy with the Alabama tight end falling to them would be a major understatement:

#Bucs GM on Howard — “Not gonna put too much pressure on him early on… He can help immediately in passing game, then develop as a blocker.”

As mentioned in our draft profile, Engram is the perfect fit for the Giants offense. They were severely lacking from the tight end position in 2016 and it was the clear deficiency in their offense. With Odell Beckham Jr. and Brandon Marshall on the outside and Sterling Shepard clearing things out, Engram will be able to feast in the middle of the field. Engram has been compared to Mike Evans and he has the potential to have an Aaron Hernandez-like impact for Eli Manning. There won’t be a ton of targets to go around, but he’ll put up legit numbers — especially if one of the receivers goes down.

Before Hunt was drafted by the Chiefs in the third round, chances are if you don’t follow college football closely, you haven’t heard of the former Toledo Rocket running back. Let’s get one thing out there: Kareem Hunt is more talented as an overall running back than Spencer Ware and it’s only a matter of time of when Hunt eventually beats him out. Hunt can catch the football and he’s stronger in between the tackles than Ware, which will cause problems for fantasy owners early on. If Ware gets injured or if Andy Reid has the cajones to start the rookie, then Hunt will become a legit RB2.

Like Kareem Hunt, Samaje Perine is the more talented runner than the incumbent — it’s just a matter of the coach playing the young guy over the veteran. Perine represents more strength, power and speed than Rob Kelley. Not only does he have the better measurables and skill set, but he also had almost 4x the college production that Kelley did. We learned last season that although Kelley is adequate as a runner, the ‘Skins are still fantasy-irrelevant at the running back position. If Perine can win the job, he’ll do damage.

Deshaun Watson definitely possesses the most pure talent of this quarterback class and has the best weapons around him, but it’s extremely tough to step in day one as a quarterback in the NFL and be a fantasy star. It doesn’t hurt when you have Lamar Miller to keep the safeties honest, along with DeAndre Hopkins and Will Fuller on the perimeter as weapons. Watson will have to fend off Tom Savage, who NFL scouts love, but he should eventually win the job. If he plays all 16 games, it’s easy to predict similar numbers to Carson Wentz’s rookie year, where he threw for 3,800 yards, 16 touchdowns and 14 interceptions — as Watson has a tendency to be inaccurate and overaggressive at times.

As our friend of the podcast Nick Underhill wrote, “Kamara fits the mold for what the Saints need on offense.” Throughout Sean Payton’s coaching career, he has always had a pass catching running back, and they tend to play a major role in the offense. Think of what Darren Sproles and Reggie Bush did under Payton, and you’ll be able to stick Kamara in that position. Line him up in the slot or have him catch balls out of the backfield and the former Vol will put up numbers. He won’t get a bunch of carries with Mark Ingram and Adrian Peterson at tailback, but the Saints will get creative with their rookie RB. With the Saints needing to replace Brandin Cooks’ billion targets, not only will the receivers get those, but so will Kamara.

Unfortunately for the supremely talented and athletic tight end, the former Hurricane couldn’t have landed in a worse situation — both for fantasy and for his career. It’s extremely difficult to put up legit numbers –especially as a rookie tight end — with Cody Kessler or DeShone Kizer (especially Kizer who went 4-8 with Notre Dame’s talented roster) throwing him the rock. But with the release of Gary Barnidge, it looks like Hue Jackson and the staff is all-in on Njoku’s talent and potential. He will only have to battle Corey Coleman, Kenny Britt and Duke Johnson for targets.

When the Panthers selected Samuel, it surprised many due to his and McCaffrey’s similar skill set. Like McCaffrey, Samuel will inject some youth and speed into this offense. It will be interesting to see how creative they’ll be with the two rookies, but Samuel should be used both in the slot and in the backfield. He will be tough to predict fantasy-wise, but if Jonathan Stewart goes down and McCaffrey takes over every-down duties, Samuel will have an expanded role.

The talent and skill set is there for the former Texas Longhorn, but the only way he will be truly fantasy-relevant will be if Lamar Miller goes down with an injury. Other than his known power, Foreman also possesses adequate hands and has true three-down talent. He’s a handcuff with Miller and the former Doak Walker Award winner will shine if given the chance.

With Martavis Bryant out of the lineup for the entirety of the 2016 season, the Steelers’ passing game suffered — especially on the road. Antonio Brown was his usual self, but Le’Veon Bell was Ben Roethlisberger’s only other legit target. With Bryant back in the fold, Smith-Schuster may not make an immediate impact, but at 6-foot-1, 215 lbs, they’ll find a way to get him on the field. The former Trojan is a plus-route runner and has great hands. If Bryant finds himself in trouble again or if they bump JuJu inside to the slot, he’ll put up great numbers for a rookie.

If the Jets had any resemblance of a quarterback, the Alabama product would be a little higher on this list. With the departure of Brandon Marshall and the potential release of Eric Decker, Stewart has a chance to crack the starting lineup. He won’t put up major numbers, but he should be put into a position where he could succeed.