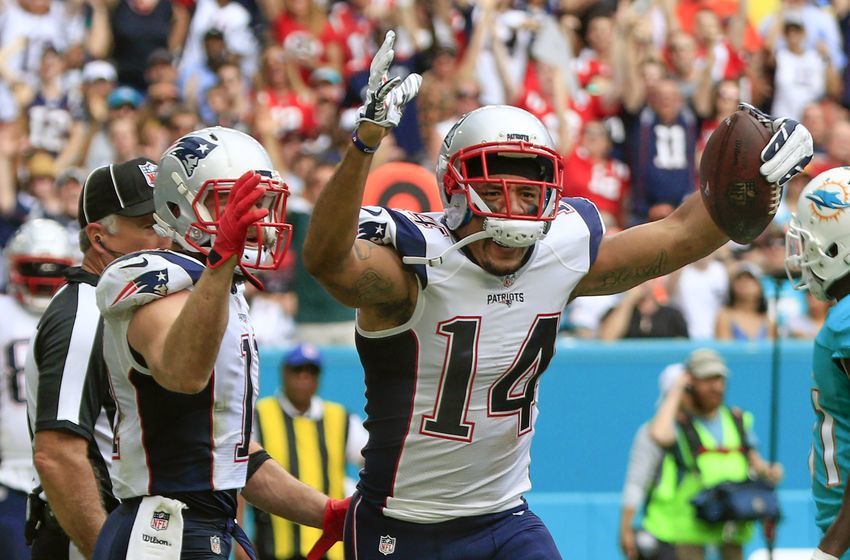 It’s been just about a month since the start of free agency, and in that time plenty of pass-catchers have made their way to new spots. Pierre Garcon signed a hefty deal with the 49ers, Terrelle Pryor inked a deal with Washington to replace DeSean Jackson, who headed south to Tampa Bay, and Brandon Marshall finally escaped the Jets to join up with the cross-town rival Giants. Still, a number of big names remain unsigned that will have big impacts on both NFL and fantasy teams in 2017. Let’s see who the remaining NFL free agent wide receivers are:

After what seemed like no less than 18 comeback attempts in New York, the Giants finally cut ties with Victor Cruz after last season. The inventor of the salsa dance (don’t Google it, just trust me) is still just 30 years old, but we all know the risks involved — after tearing his patella tendon in 2014, he missed the final 10 games of the season, plus all of 2015 after requiring a second surgery on his calf. He returned in 2016 and managed to play 15 games, but was essentially an afterthought in Big Blue’s offense and totaled just 39 catches, 586 yards, and 1 score on the season. The biggest thing for Cruz in 2016 was that he managed to stay healthy, so he proved to the rest of the league that he’s capable of surviving a 16-game season, albeit in a reduced role compared to his breakout seasons in 2011 and 2012. GMs will certainly be wary of his injury history, but I’d be surprised if no team gave him a shot heading into 2017, even just as a training camp invitee.

After 5 seasons in Tampa Bay, Vincent Jackson is officially on the move this offseason. He’s coming off undoubtedly the least productive year of his career, playing 5 games in 2016 due to a knee injury and racking up just 15 catches for 173 yards and no touchdowns. He also turned 34 in January, which will certainly scare some teams off. Regardless, Jackson has indicated that he plans on returning in 2017 if he can find a suitable team. Obviously we’ll assume it’d be a 1-year, low-risk deal, but there are certainly a few teams out there that could use the Northern Colorado product’s services. He’s been credited with a great deal of Mike Evans’ ascension into the league’s top receivers, and another team with a young crop of wideouts could definitely look into bringing in the 12-year veteran.

The “Third WR On A Playoff Team” Tier

After missing all of 2016 with a knee injury, it’s anyone’s guess what Stevie Johnson has left in the tank heading into 2017. Johnson enjoyed some success from 2010-2012 in Buffalo, playing all 16 games every season and topping 75 catches, 1,000 yards, and 6 TDs each year, but he’s been much less productive since, most recently posting a 45 catch, 497 yard, 3 TD season with the Chargers in 2015. After a full year off, the 30-year old wideout definitely still has potential to help a team out, but he’ll have to prove he can endure a full NFL season first. In his prime just a few seasons ago, Johnson was one of the very few receivers in the league who could consistently make plays on Darrelle Revis. With his elite route running talents, a team could certainly take a chance on Stevie Johnson.

After 51 days with the Patriots that netted him $1.2 million and a Super Bowl ring, Michael Floyd once again finds himself without a team. By now, everyone knows how his 2016 went — after racking up 476 on 33 catches in 13 games with the Cardinals, he was released following a DUI arrest — accompanied by this infamous video of the incident. Two days later he was scooped up by the Patriots, just in time for the final 2 games of the regular season, where he totaled 4 catches, 42 yards, 1 TD, and one incredible block against the Dolphins. He also made 1 catch for 9 yards in New England’s divisional round victory over Houston, before a combination of a lack of trust from Tom Brady and a crowded receiving core kept him out of the team’s remaining playoff games. He’s still serving a house-arrest sentence that is due to be up in mid-June, but at only 27-years old and just 3 years removed from a 65 catch, 1,000 yard season with Arizona in 2013, Floyd is definitely on some teams’ radars. If they’re willing to deal with his off-the-field past, they’ll get a solid receiving option for a relatively low price.

When you’ve had the career that Anquan Boldin has had, at the very least you get your own tier. A 2nd round pick out of FSU in 2003, Boldin’s career got off to a fast start. He was basically the fastest to do anything — he holds the NFL record for the fastest player to record 200, 300, 400, and 500 career receptions. He’s continued to amass an impressive 14-year career since, racking up over 1,000 yards 7 times and making 3 Pro Bowls, along with a Super Bowl victory with the Ravens in 2013. Boldin is 36-years old but has indicated that he plans to return in 2017, making him an interesting factor in free agency — he’s obviously peaked athletically, but still managed 67 catches for for 584 yards and 8 TDs last season with the Lions. As guys like Tom Brady and James Harrison are showing us, age is starting to mean less and less in today’s NFL, and Boldin could certainly still contribute in 2017 for a team that needs him.

As you can see, the cupboard is pretty barren at the wide receiver position, but these guys could provide depth if given the chance. Remember to follow us on Twitter, Instagram and Facebook for breaking news, and subscribe to The Fantasy Fullback Dive podcast on iTunes.