The Patriots Acquire Dwayne Allen in trade with Colts 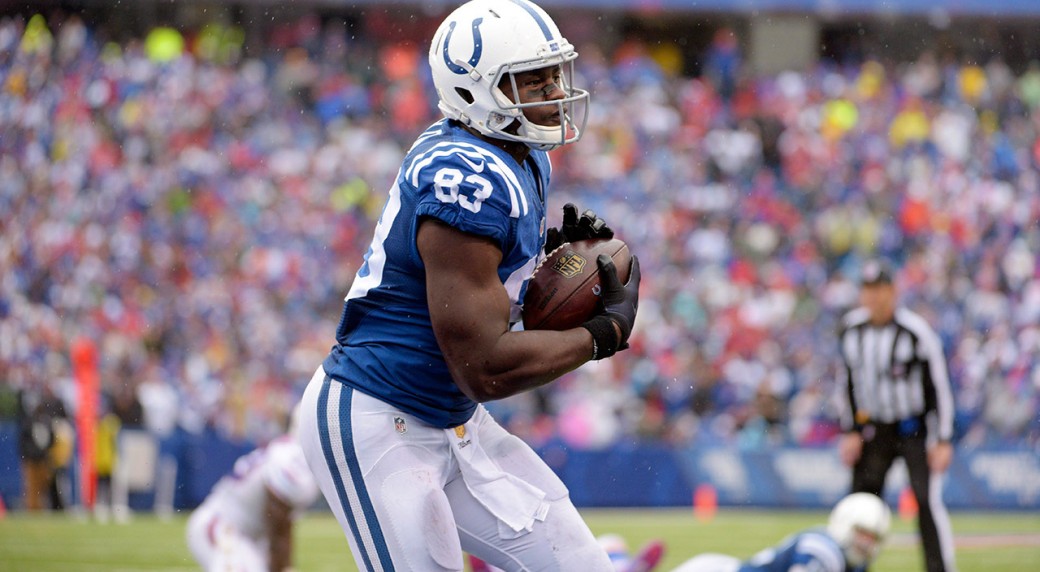 Bill Belichick continues to play chess, while the rest of the league plays checkers.

Yesterday, as the first full day of “legal tampering” got underway and agreements were being made left and right, the New England Patriots managed to get into the news with an out-of-nowhere trade that will create ripple effects through the entire league. The Pats acquired TE Dwayne Allen from the Indianapolis Colts, along with a sixth round pick, and Indy got just a 4th rounder out of the deal. The trade wasn’t a total shock, especially considering Indy re-signed TE Jack Doyle to a 3-year deal on Tuesday, but nonetheless it came as a surprise to many.

Right off the bat one thing becomes very clear now that this trade is locked in — Martellus Bennett has played his last game as a Patriot. This has been a reality that Pats fans have had in mind since the second the Super Bowl ended, and now it’s all but official. New England most likely wasn’t going to pay Bennett what he wanted anyway, and Bennett made it very clear very early on that champions get overpaid and he fully intends on taking advantage of that. And honestly, good for him. The guy has either been a backup or – worse – a Chicago Bear since he entered the league in 2008 and it was great for him to not only get a ring this year, but be able to use that to make some money as Father Time prepares to go to work soon on the 29 year old veteran. It’s unfortunate that such a good player and interesting person was only in the New England spotlight for a short time, but I’m sure he’ll do great elsewhere and I think I speak for all Pats fans in saying I have no ill will towards Marty B.

As far as Dwayne Allen is concerned, this is essentially like winning the lottery, especially coming from a system that uses multiple tight ends but rarely at the same time and certainly doesn’t utilize them fully. The Patriots love tight ends, especially duel threats that can both catch passes and run block, and Allen fits the Pats mold perfectly. And yes, technically he’s starting the season as Rob Gronkowski’s backup. So did Bennett, and how did that work out again? Oh, right — 55 catches for 701 yards and 7 TDs, which would almost all be career highs for Allen. And look, I hate talking about Gronk’s health as much as the next guy, but the bottom line is he’s always liable to miss half a season (or more), and New England needs to be prepared for that. And now, they are.

And fantasy-wise, this is huge for Dwayne Allen’s draft stock. He finished last season with 35 catches for 406 yards and 6 TDs, good for 18th in fantasy rankings with 74 points (standard scoring). And he wasn’t even the top fantasy TE on his own team – that title went to the aforementioned Doyle (a RSJ favorite), who finished 12th among tight ends with 79 points. Compare that to the Patriots, who had the 7th (Bennett, 105 pts) and 21st (Gronk, 69 points — obviously) ranked fantasy tight ends this past season despite Gronk playing a grand total of 5 games, and New England had the top ranked fantasy TE (Gronk, 176 pts) in 2015. New England is to fantasy tight ends what HGH was to aging Peyton Manning — they fuel them up, give them everything they need to perform, and in the end you can trace most of their success back to them.

Overall, this trade is what we in the biz like to call a win-win. Dwayne Allen gets a chance to play with the defending Super Bowl champs (and get the hell out of Indiana), and the Patriots get a cheaper, younger replacement for Bennett, who was likely going to walk anyway. Pretty solid deal all around. And if you think a guy coming over from Indy may have some trouble in this close-knit locker room, check out this post-Deflategate tweet:

Yeah, I think they’ll figure it out.