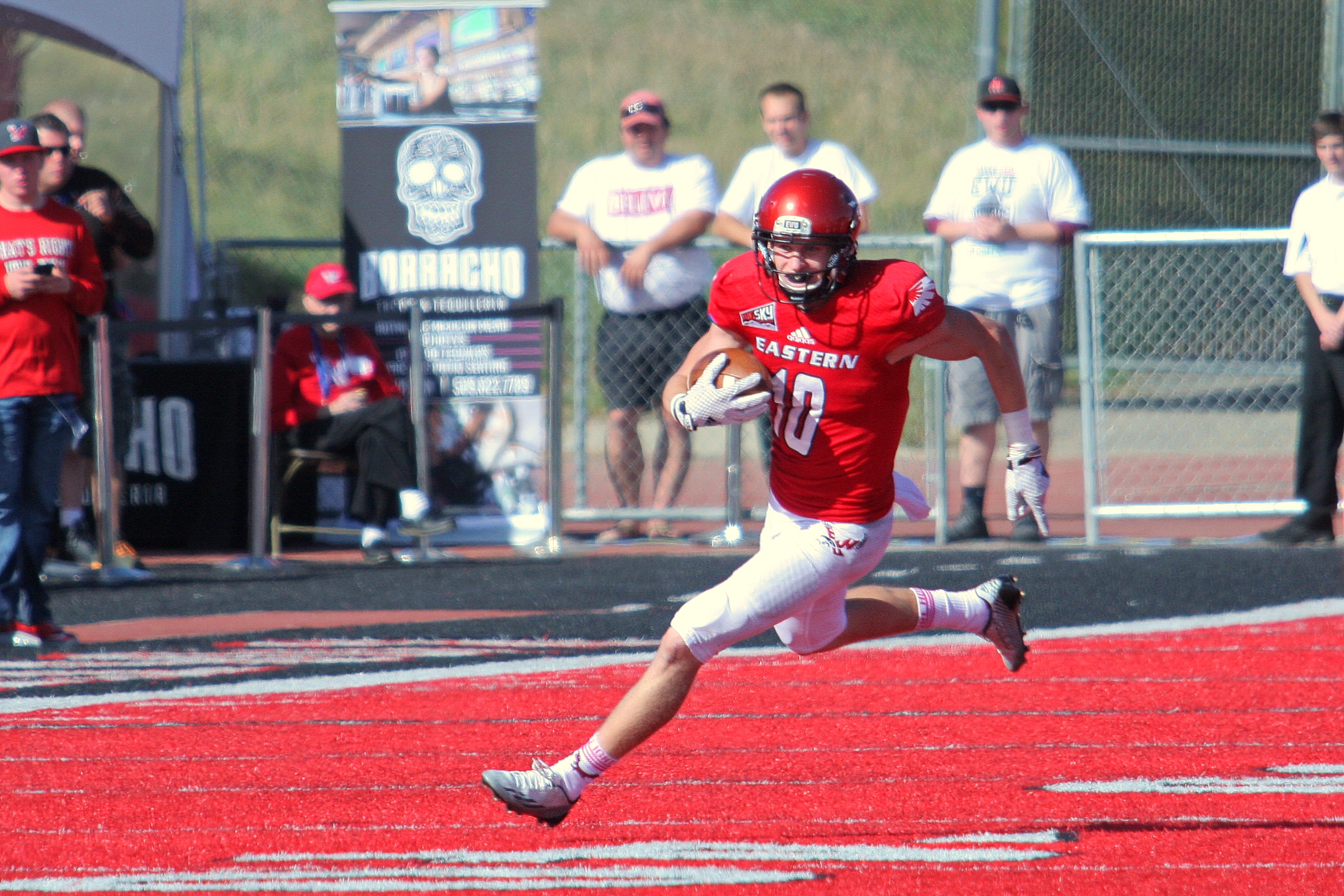 See which wide receivers will stand out at the 2017 NFL Combine.

With the running backs and fat guys done at the 2017 NFL Combine, it’s time for the wide receivers and quarterbacks to show off their junk… I mean their elite talents in their spandex for NFL scouts, coaches and general managers. We gave you the running backs to watch on day one (which we will recap) and now we will run through the wide receivers to watch on day two.

The 2017 receiver class has some big names up top and some pretty good depth as one goes through the combine invite list. From Mike Williams, who’s the next Mike Evans; to Isaiah Ford, who is this class’ Will Fuller; to Cooper Kupp, who’s an unknown FCS guy who destroyed the record books; there will be a few players who will make a fantasy impact in 2017.

Here are some of the wide receivers who can raise (or drop) their draft stock by their performance at the 2017 NFL Combine:

Mike Williams — Best known for his physicality on the perimeter, the former Clemson Tiger is a beast on the field and is most comparable to our 2017 WR3, Mike Evans. At 6-foot-3, 225 lbs, Williams doesn’t necessarily need to run a fast 40 to be a deep threat in the NFL (update: he will not run at the combine), because he uses his body so well to man-handle opposing corners on jump balls. His vertical will be interesting, along with his hands on intermediate throws during field drills. Overall, Williams is easily the WR1 in this class and should go in the top-7 of the first round.

John Ross — Ross is perfect for today’s quick-hitting NFL spread offenses. The former Husky is quick off the line of scrimmage and should dominate the slot in the right offense. He’s undersized (5-foot-11, 190 lbs) but he should run an extremely quick 3-cone and a quality 40. Watching Ross’ running drills will be one of the highlights of this positional group.

Curtis Samuel — Samuel excelled in Urban Meyer’s famed “Percy Harvin position” so well that he actually surpassed Harvin in multiple season-best statistics. Samuel was the catalyst to one of the best offenses in the country and did everything for the Buckeyes. He lined up in the backfield at tailback, in the Wildcat as the quarterback and multiple wide receiver positions. He is a natural tailback, standing at 5-foot-11, 200 lbs, but his elite quickness and above average hands will make him primarily a slot receiver in the NFL. It will be interesting to see how he measures up at the combine and how he does in field drills.

Zay Jones — Jones is a small school guy from Eastern Carolina, where he put up 158 receptions, 1,746 yards and 8 touchdowns in his senior season alone. Some think he’s a product of their system, while others believe he is a legit NFL prospect. I’ve seen him ranked as high as WR6 and as low as WR13. Everything he does on Saturday will be under a microscope to see if he’s as good as his numbers reflected in college.

DeDe Westbrook — Westbrook was as dynamic as any player in college football last season for Oklahoma, and he was rewarded with a trip to New York City as a Heisman Trophy finalist. He is a lethal route runner out of the slot –where he will play in the NFL– and is great after the catch, but his extremely thin frame (5-foot-11, 175 lbs) is worrisome. Can he bulk up but also keep the same quickness? We shall see at the weigh-in and in the running drills.

Cooper Kupp — Kupp is my binkie of the wide receiver class. He comes from FCS-power Eastern Washington where he was a god damn STAR. In four seasons, Kupp totaled 428 receptions, 6,464 yards and 73 fucking touchdowns. Trust me, none of those are typos. Although he projects best for the slot in the NFL, he has the size (6-foot-1, 198 lbs) to play on the outside. The majority of his statistics came against lesser competition, but in the few games against FBS schools and in the Senior Bowl, he more than balled out. Kupp is not a product of a poor schedule, he’s the real deal. Like Zay Jones, Kupp will be picked apart by a fine-toothed comb on Saturday, and expect him to prove the doubters wrong.