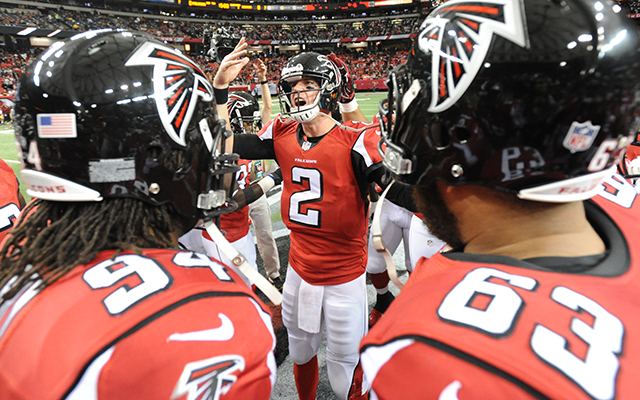 We're onto the Divisional Round. See what options you should play in this week's contest.

Last week I entered the $3 Millionaire Play-Action contest along with 392,156 others and had quite the weekend. Aside from Geronimo Allison, this was one of my best Draftkings performance of all time. Now I have the challenge of following this up in the Divisional Round with another small slate of games to choose from. Here we go.

Matt Ryan ($7,000) – The Seahawks defense hasn’t been the same since the loss of Earl Thomas in the secondary. I like Matty Ice at home in the dome to continue leading the NFL’s highest scoring offense. The bye week was great for Atlanta’s top receiving targets Julio Jones and Taylor Gabriel to rest and recover an extra week. I like Ryan to come out and reverse his past playoff struggles while leading the Falcons to the conference championship.

Devonta Freeman ($5,900) – Freeman should see a lot of work in this game both on the ground and through the air. His 5.9k price is a steep drop from the 7.1k price tag he had in Week 17. Despite facing a good Seahawks defense, Freeman’s value at this price is too good to pass up this week.

LeGarrette Blount ($5,800) – The last time these two teams played, Jacoby Brissett was the QB for New England, but the Patriots still rolled with Blount as the primary guy. Now with Tom Brady back the Patriots should still roll, meaning Blount could be used heavily to kill clock and pound in those goal line chances.

Doug Baldwin ($8,100) – We’re going back to the well with this pick as Dougie Fresh showed how valuable he is to Russell Wilson in the playoffs. Baldwin had 11 catches for 104 yards and a score, and now gets put in a high scoring game against a weak Atlanta defense. Baldwin should have another big game.

Davante Adams ($7,000) – Another pick from last week, Adams had himself a day with Jordy Nelson leaving early with a rib injury. Nelson won’t be practicing until Saturday at the earliest so he’s in real jeopardy of missing the game. Adams would still be a good play with Nelson, but without it only adds to his value. Rodgers is the hottest QB in the NFL right now and the Packers passing game will need their A-game to take down the #1 seed Cowboys.

Tyreek Hill ($5,500) – Tyreek the Freak is an absolute stud on the field and an extremely dynamic playmaker. He’s a threat to score every time the ball is in his hands either rushing, receiving or returning. He’s bound to score and be used as a weapon against a solid Steelers team that just thumped Miami.

CJ Fiedorowicz ($3,600) – CJ has slowed his production down from earlier in the season, but could see plenty of looks against the Patriots defense this week. Houston should be down a lot of points and be forced to throw to catch up. New England will likely look to take Hopkins out of the game for Houston, meaning Osweiler could be forced to work the ball to Fiedorowicz more than usual. He seems like a solid bet for 8/9 catches over the middle.

Terrance Williams ($3,100) – Williams has seemingly passed Cole Beasley as the WR2 in the Dallas offense and has strung together a solid last four games. He’s much more of a touchdown threat than Beasley and can benefit from some extra attention on Dez Bryant. Williams is a stretch play where we pray for a touchdown to salvage such a low price. Just hoping he doesn’t flop like Allison last week.

New England Patriots ($4,000) – This game has the potential for a blowout with the number one scoring defense of New England looking to shutout Osweiler and the Texans for a second time this season. Houston was inept offensively in Week 3, and they haven’t really improved much from then so the Patriots are your best bet for top scoring defense.