Breaking down the 8 ‘Hard Knocks’ finalists for 2017 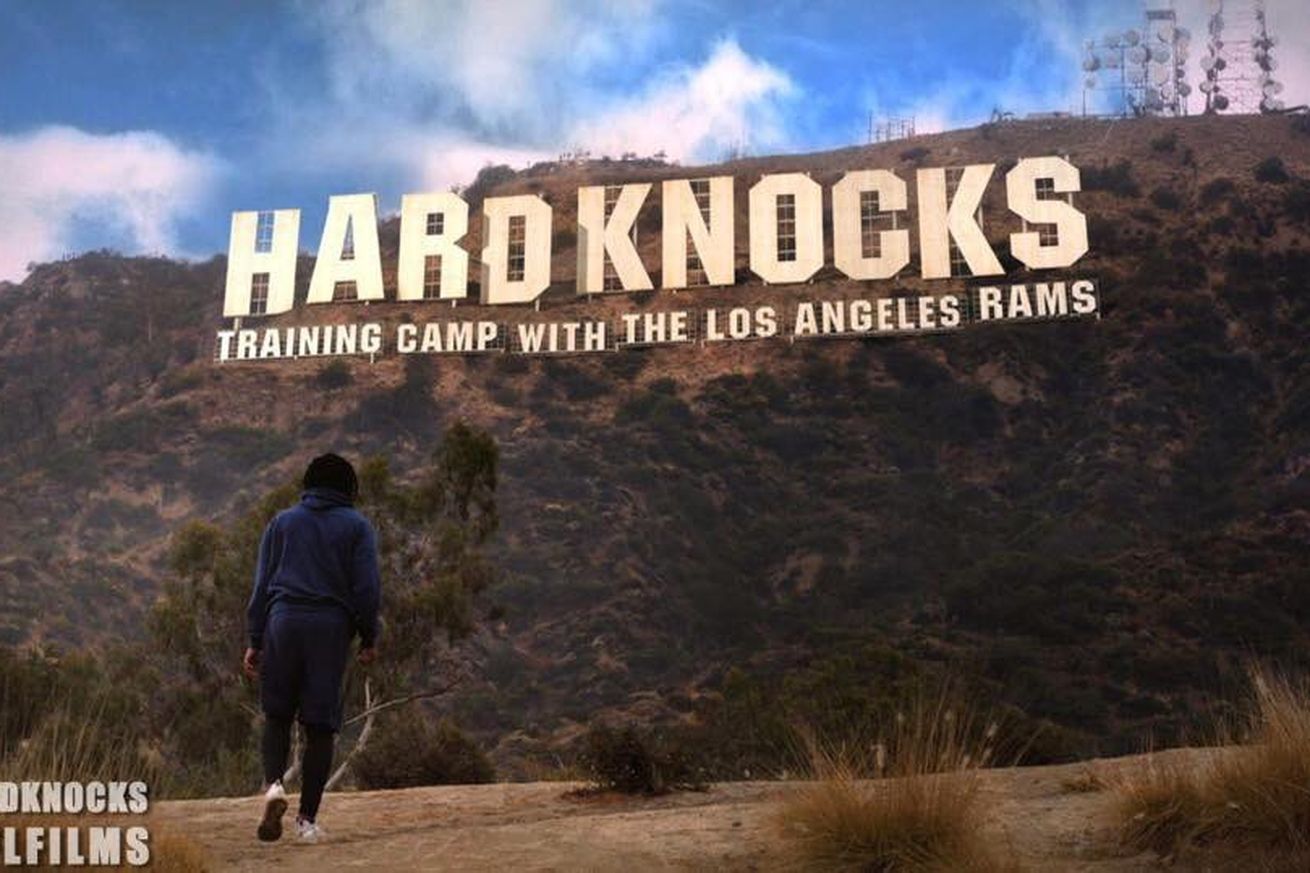 The NFL has announced the eight teams that could be featured on Hard Knocks in 2017. See which teams we would want to see on the show.

I want to take a moment out of your NFL Playoffs Fantasy Football draft prep and talk to you about something that will be on HBO in about eight months. With the 2016 regular season now in the past, the “Hard Knocks” finalists are now set.

The NFL made a couple of rules that would make certain teams exempt from appearing on the reality show. These rules are:

Instead of boring you with the extensive breakdown, the teams that do not crack any of those lists are as follows: Bears, Buccaneers, Browns, Colts, Eagles, Ravens, Saints and Titans.

Some of these teams suck, some have potential, some lack star power, some of these teams have boring coaches, but some bring a little bit of everything. Here is the breakdown of the teams that we — as fans of the sport and players of fantasy football — want to see under the microscope in August.

This would be an extremely poor choice. Sure, it would be cool to watch general manager Ozzie Newsome and coach John Harbaugh behind the scenes, but the lack of star power and overall blah surrounding the team would make the Ravens completely disinteresting on television. This team would have been fun to watch on “Hard Knocks” a few seasons ago, but a reality show highlighting Joe Flacco, Mike Wallace and Terrance West does not put asses in the seats. Hard pass on the ‘Ball So Hard University’ alum and his fellow teammates.

If the Ravens are the least interesting team on this list, the Eagles should be mentioned in the same breath. It would be nice to see how Carson Wentz adjusts to his second year in the NFL, but at the same time, I bet he’s insanely boring. We all know they will beat it to death that he’s from Bismarck, North Dakota and he probably farms, does a bunch of boring cowboy shit and lives a “simple life.” Ryan Mathews will most likely pull a hamstring and sit out a few weeks, while Jordan Matthews, Darren Sproles and Zach Ertz do not make it move for anyone. Doug Pederson calling the shots? Booooooring.

If this team drafts, signs or trades for a competent quarterback (Jimmy Garoppolo), this would actually be a sneaky good choice for HBO and the NFL. Even though their record doesn’t show it, the Bears actually have some talent on offense and they have a few good players coming off IR on defense that would be intriguing to follow. Jordan Howard finished second in the league in rushing behind Ezekiel Elliott and the receiving corps of Alshon Jeffery (if re-signed), Cameron Meredith and Kevin White would be pretty fun to watch. John Fox would also be good to make fun of on Twitter. If they can figure out their quarterback situation, I would be in on the Bears — or maybe it would be fun to watch Smokin’ Jay Cutler’s ineptitude on a daily basis.

Now, this team is loaded with relevant fantasy players and it is highlighted by one of the best quarterbacks in the game, Andrew Luck. He would be pretty boring in front of the camera, but it would be cool to see inside of his #bigbrain in the meeting rooms — did you hear he went to Stanford? The rest of the offense is star-studded, leading with the friend of our podcast, Jack “The Beanstalk” Doyle and the NFL’s leading receiver TY Hilton. We’ll also be able to see all of the plays inside the 10-yardline that they design for Chief ‘Crief. Chuck Pagano will be the worst, but hey, maybe Jim Irsay will get busted with hookers, 20k in cash and a bunch of coke or something. I’m sorta down with the Colts.

Okay, let me explain. Sure, the Browns suck and watching the Rams last season sucked, but I think it would be interesting to see how inept the Browns organization is on a daily basis. Like the Bears, if the Browns can win the Jimmy G sweepstakes (for a first round pick and more), it would give me another reason to watch. It would also be neat to see why just about every cornerback in the league hates Terrelle Pryor (if he re-signs). Other than Pryor and future signal caller Jimmy G, the Browns have some sneaky good talent on this team with Isaiah Crowell, Duke Johnson, Corey Coleman, Jamie Collins and Joe Haden. Not to mention Hue Jackson seems like a cool dude who would be semi-interesting to follow. I’m down with the Browns being on “Hard Knocks.”

This team is young, fun and have potential to do big things in 2017. They have one of the best young quarterbacks in the game, two great running backs and a few exciting pass catchers who would be fun to watch. Marcus Mariota isn’t overly charismatic, but he dazzles on the field and probably has a cool life story coming from Hawaii. If you read the Roto Street Journal on a consistent basis (why wouldn’t you?) then you know the Titans run our favorite fantasy offense — the Exotic Smashmouth — with two beasts in the backfield. Watching Derrick Henry bowl over poor defenders in practice would get you pumped for football to start. We wouldn’t be mad if they brought the cameras down to Nashville.

If we were just going by pure star power and fantasy relevancy, this is the team everyone would want to see. We all want to see Drew Brees throw dimes to @cantguardmike, Brandin Cooks, Willie Snead, Brandon Coleman . Also, they are one of two teams (Cowboys) to hold training camp outside of their geographic location, as they hold practice at Greenbrier Luxury Resort in the mountains of West Virginia. The Saints and Sean Payton run a fun offense and the Saints typically practice with the Patriots due to Payton and Bill Belichick being branches on Bill Parcells’ coaching tree. Little Saints-Patriots joint practice on Hard Knocks? Sign me up.

There’s one reason why the Bucs lead this list, and it’s simple… Famous Jameis. Winston is the biggest lightning rod player out of these eight teams and he needs to have a reality show. Sure, the football stuff with Mike Evans, Vincent Jackson, Cameron Brate and the trio of running backs would be cool, but let’s get serious; Winston would be awesome in front of the camera and this needs to happen. Not to mention they are on the rise and should challenge for NFC South supremacy in 2017. Don’t screw this up NFL/HBO, just stick a camera on Jameis for a month.