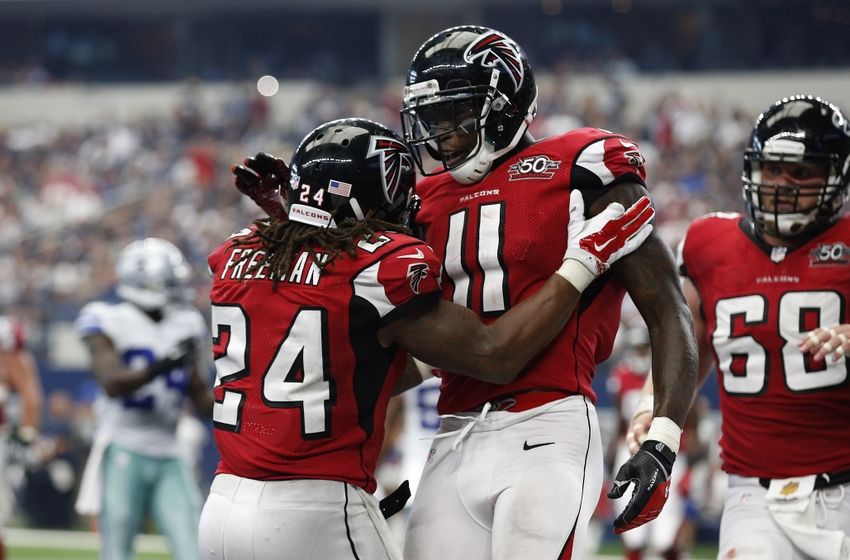 Check out the results of The RSJ's first ever playoffs fantasy football draft...of course including some courtesy grades and judgments from The Wolf

All week we’ve been throwing the best NFL Playoff Fantasy Football knowledge at you. From a basic “how to set up and dominate,” to individual Team Rankings, and all the positional rankings (Quarterbacks; Running Back; Wide Receiver; Tight Ends) and “Big Boards” in between, you should be 100% ready to destroy the playoff competition.

Now, all that’s left is to actually draft. The RSJ did just this yesterday, and here are the results, judgments, and grades for your viewing pleasure.

Impromptu Flex Round – With plenty of talent still available + rosters fully filled out, The RSJ writers unanimously agreed to a sudden flex addition.

Wolf’s Take:  With the QBs from my Super Bowl projections, the enormous upside of Odell + Tyreek at WR, and a high upside TE,  Forecaster’s team is an early favorite. His RBs are serviceable for their draft slot, and my only real gripe is his avoidance of Paul Perkins after a heavy NYG contingency.

Wolf’s Take:  Clearly someone hasn’t been reading our playoff strategy pieces… Do we really need to go much further than the frightening QB Combo of Alex Smith and Brock Osweiler?  Just the chunkiest of vomit all over the floor.  True, his running backs are terrifying, but there’s no way they’re enough to buoy the horrible remains of this shit-my-pants squad.

Wolf’s Take:  I haven’t been able to draw wood since looking at those god-foresaken QBs.  Truth did a solid job sticking to his teams… unfortunately, one of those squads is the Connor Cook-led Raiders. PUKE.  Meanwhile, Dallas has very real early exit potential too.  Without a ridiculous run from his Cowboys, Truth is a near lock for the basement.

Wolf’s Take: I might not love Dak / the Cowboys in general, but I do love CJay’s thought process in securing two elite signal callers (one of my big draft regrets is not pouncing on Wilson).  If both last until they meet up, CJay will have six games of some quality QB production, which should be enough to bolster his floundering RBs and lackluster WRs. Passing on Dez Bryant for Travis Kelce was a grave mistake here with Dak at QB.

Wolf’s Take:  My WRs might be stacked with Antonio and Jordy both elite options, but I really regret passing on Russell Wilson after seeing Dez fall to Round 4.  I also am heavily reliant on a Packers win and long stretch here, which I personally don’t feel great about since I’m feeling a Giants upset. But I’m going for the win here, and four games of Rodgers and Jordy would likely carry me there, even with the lug ass of Rodgers and an uninspiring backfield.

Wolf’s Take: After winning The RSJ Regular season league, JimboSlice comes out with another juggernaut. While I personally don’t love Atlanta’s chances at a deep run, he’ll undoubtedly win a title should it happen. He has bonafide QB1s from both conferences, and high upside at all the skill positions, minus a gross DeAndre Hopkins WR2 selection. Overall, this team will be tough to beat if the Falcons aren’t bounced in their first game.