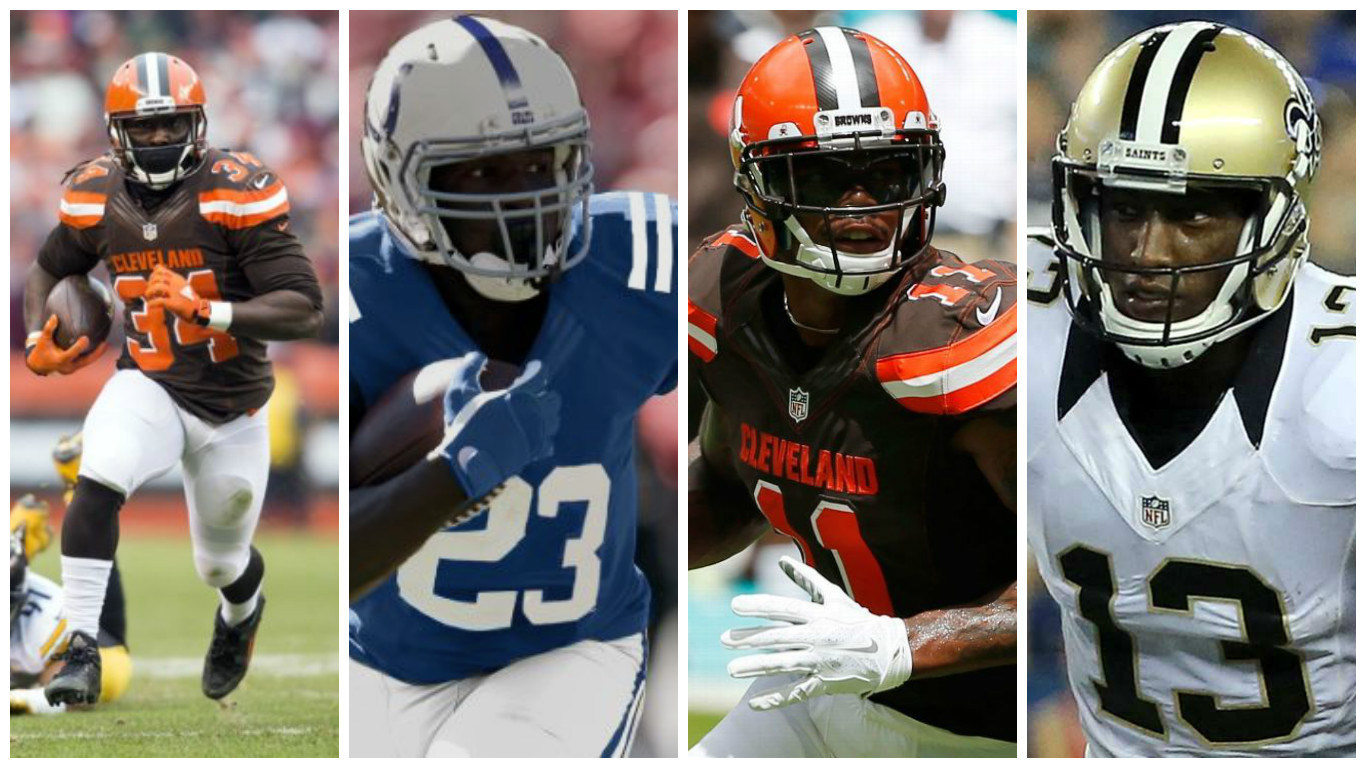 You hit the lottery if you drafted one of these guys in the late rounds.

The Nobel Prize. Academy Awards. Pulitzers, ESPYs, and Golden Globes. While prestigious in their own rights, these honors pale in comparison to The Rotos.  In our first ever Rotos Award Show, the distinguished “Big Dick” prizes will be awarded to players with the most glorious performances in 2016, while the dreaded “Tiny Puds” will disgrace the season’s most dubious players. Grab the popcorn, place your bets, and settle in for a week of recapping the highs and lows from a wild fantasy season.  We have already given Rotos for Waiver Wire MVP,  the Top Individual Game Performance, and the Most Overhyped Player.

Today, we will break down some of the best value players coming out of this years fantasy draft that may have come into the season overlooked and under-appreciated. Lets take a look at the best draft day value picks of 2016. Who will be crowned the winner?

Michael Thomas had some hype coming into the season. Anytime you’re a big body wide receiver and your quarterback is Drew Brees, you’re bound to turn some heads. Lets just say Thomas didn’t disappoint! I mean, how could you when you finish the season as the 7th ranked fantasy wide receiver? Thomas had 92 receptions for 1137 yards and 9 touchdowns this season, which were extremely impressive numbers for the rookie out of The Ohio State.

As a 33-year-old, it makes sense to come into the season ranked 26th on the preseason running back rankings, but his consistency makes him an easy look in later rounds. In fact, Gore hasn’t missed a game in the past five seasons. Frank got more involved in the passing game this season, racking up 38 receptions — which is his most since 2010 — and all that dirty work showed as he finish the season ranked 12th overall in the fantasy running back category. Also, he was the first Colts running back to hit the 1,000 yard mark since 2007, and that’s a solid accomplishment in that pass heavy offense. Kudos to you, Frank!

Entering the fantasy season, Isaiah Crowell was the ranked 13 spots behind Frank Gore, but finished the season only two spots behind him as the RB14 — two spots ahead of first rounder and overhyped nominee, Lamar Miller. Playing from behind almost every single week it’s hard to imagine that a back with Crowell’s pure rushing abilities finished this high, but his 4.8 yards per carry really helped set the tone. Isaiah was one of the only bright spots this year in Cleveland besides our next player…

I think we were all aware that Terrelle Pryor is a great football player, but the transition to wide receiver is always a little concerning for a former quarterback. However, through this season we’ve truly learned and experienced how outstanding of an athlete Terrelle Pryor is, and it seems he has found his footing as a wide out. The man was outstanding this year, finishing the season with the 21st most fantasy points at his position — putting up a cool 77 receptions for over 1,000 yards.

And the award goes to…

As a rookie, Michael Thomas came out amongst the already established stars and showed how dominate he can be, earning him a Big Dick award for the Best Draft Day Value Pick of 2016.

(As Michael Thomas walks to the podium, he is oblivious to the fact that Brandin Cooks is hammered in the back yelling at Sean Payton about his continued unhappiness in the offense)

“Honestly, coming into the season I knew I was great, but playing in the NFC South really helped boost my confidence. I’d like to personally thank the Atlanta Falcons, Carolina Panthers, and Tampa Bay Buccaneers for all having young, inexperienced, and absolute trash secondaries which helped me to become a rookie of the year candidate, and hopefully in the future get the paper I’ve always been dreaming of.