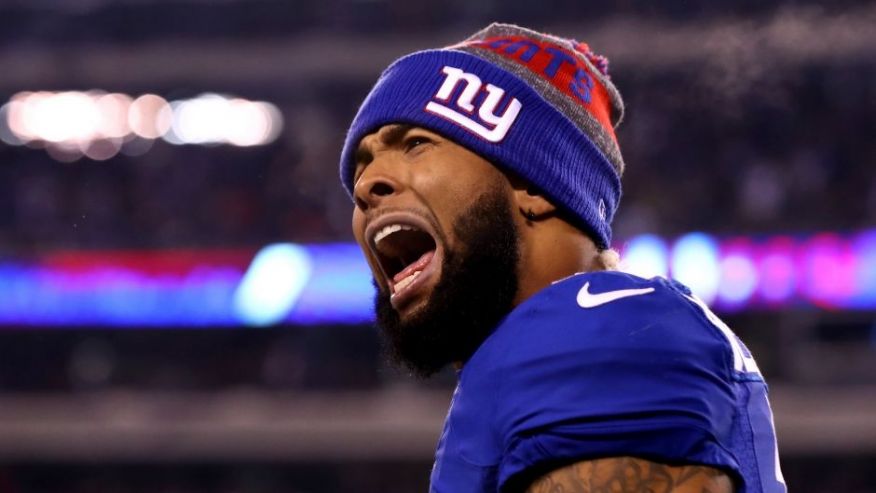 See which pass catchers will excel in the playoffs.

You’ve secured the five other addicts, agreed upon scoring and rosters, and made your individual Team Rankings.  Now, it’s time to grind out your Positional Rankings and Big Board.

Outside of Le’Veon Bell and Ezekiel Elliott, wide receivers are the only skill position players with 20 point game-to-game ceilings. Attach yourselves to the right pass-catcher, and you’ve given yourself a major edge.  This is especially true if you can find the right QB / WR hook-up and double up for every touchdown; in this respect, while I might rank, say, Julian Edelman + his three games higher than Julio Jones + his potential one-and-done, I might have to switch gears if Matt Ryan ends up being my quarterback. Draft flexibility is key once you’ve gotten your stud QB1.

Once the top-7 QBs + Le’Veon (and maybe Zeke, depending on how far you think the Cowboys will go) are gone, locking up a target-hog WR1 should be priority #1.

1) Antonio Brown (PIT) – Just like Le’Veon Bell, you’re getting the premier fantasy WR for at least two games.  Gun-to-my head, I’d take Le’Veon over Antonio since RB thins out quicker and the workload is guaranteed, but Brown should be one of the top two skill position talents selected after the major QBs.

2) Julian Edelman (NE)  – The only safe bet for three games at WR, and the production should be plentiful (especially for 1/2 or full PPR players). Since Gronk went down, look at the targets: 17, 11, 12, 15, 12, 8, 13.  This insane late season push helped him finish third in the league in targets, and the volume should continue flowing for New England’s top pass-catcher.

These wideouts carry equally high (perhaps even greater) ceilings than the above options, but all have one game floors.

3) Odell Beckham Jr. (NYG) – With Odell slotting in at #8 on FantasyPros ECR (and his highest ranking a mere six), I am clearly far higher on him than any other site.  The Giants could easily go into Lambeau and win, and I feel they will do just that.  In this scenario, investors would be gaining one of the league’s most explosive threats for a potential four games. Both he and the Packers WRs are major risks, but if the Giants win and then roll, Beckham will likely be responsible for many fantasy titles.

4) Jordy Nelson (GB) – Odd… slotting in a Packer right after mentioning I expect them to be upset.  As I mentioned in the team rankings, however, I truly feel the NFC Champion will come out of this match up, giving Nelson a very real shot at four games. If I miss on Odell or snag Rodgers as my top QB, than I am more than happy to board the White Chocolate express.

5) Julio Jones (ATL) –  Have I mentioned that Matt Ryan consistently dumps his pants in the playoffs enough yet? (1-4 record, for those who somehow missed it).  The one-and-done risk is real, and that one game would come against a tough secondary in Seattle.  Still, Julio is such a horse, and the loss of Earl Thomas is highly significant. He would be a monster if afforded multiple games.

6) Dez Bryant (DAL)  –  Bryant’s known to whip it out when his team needs it most; while I feel the Packers or Giants could pull off the road win, Dez won’t go down quietly. With homefield throughout, his shot at three games is as real as any.

7) Doug Baldwin (SEA) – Unlike any of the immediate four above him, Baldwin is locked in to at least two games.  His play has been highly inconsistent this season, but Baldwin’s a gamer. He and the Celibate would make a great QB/WR hookup.

10) Ty Montgomery (GB) –  Some leagues might decide Montgomery only carries RB eligibility; make sure this is clarified ahead of time.

The drop off is steep from here on out; ideally, you can secure two of your top 12 WRs. From here, it’s about deciding if you prefer rolling the dice on one monster effort from guys like Amari Cooper and Michael Crabtree, or a prolonged string from lesser talents like Chris Hogan and Eli Rogers

11) Malcolm Mitchell (NE) – Assuming the Bye allows Mitchell to return to full health and the #2 WR role in New England, owners can expect some steady contribution and strong TD upside for an extended stretch. Michael Floyd’s emergence + the imminent return of Danny Amendola are slightly worrisome, however.

12) Chris Hogan (NE) – The composite scoring works in Hogan’s favor as the boom-bust guy here, since he’ll likely have three chances to explode. As mentioned with Mitchell, however, Amendola’s return and Floyd’s emergence could lessen Hogan’s chances.

13) Golden Tate (DET) – Hoping for a one-game, revenge narrative explosion here. Without Earl Thomas, the room for a monster effort is surely there.

14) DeAndre Hopkins (HOU) – Even if he gets two games, Brock Osweiler is his QB. A 50% shot at one useful fantasy stat line.

15) Eli Rogers (PIT) –  He’s emerged as the clear #2, should be locked into a second game, and had a strong rapport with Big Ben to end 2016.  If that carries over and Rogers is afforded three games, he’d be a playoff steal.

Others to consider (if you do a 3 WR League)

16) Michael Crabtree and 17) Amari Cooper (OAK) – With Connor Cook at the helm, monster efforts are very tough to project for these two.  There is a real chance they get two games and pull off the upset, however.