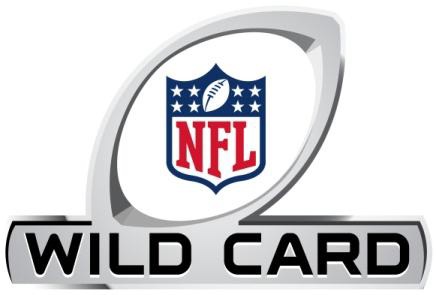 With the NFL regular season over, it’s time to focus on the playoffs and the Wild Card games. Players are extremely limited seeing as there’s only eight teams playing in the four weekend games. With limited options, here is my best lineup as of this publishing before I start tinkering like a mad man 30 minutes before kickoff.

Per usual, these are standard DraftKings prices

Aaron Rodgers ($7,900) – There is no QB in the Wild Card round hotter than Rodgers right now. I don’t care that he’s facing a solid Giants defense, this man cannot be stopped right now. Playing at home in Lambeau only helps his cause.

Le’Veon Bell ($10,300) – I was going back and forth about who to play with Bell and Antonio Brown because there are far less RBs I like this week as opposed to WRs. Bell is a staple in the offense and should continue to be used heavily fresh off a week of rest. The Dolphins defense hasn’t been very good against the run, so Bell has a great chance to put up big numbers whether it be on the ground or through the air.

Paul Perkins ($4,100) – Perkins looked great in the season finale against Washington, and actually out performed Rashad Jennings. He looks quicker and more elusive, while being active in the passing game as well. Facing the Packers, I don’t see the Giants running the ball with Jennings a ton, and will have to keep up with the red hot Rodgers. It also helps to see the DFS experts spread the news about Perkins’ start.

ESPN's @JordanRaanan expects Paul Perkins to start ahead of Rashad Jennings at GB this week: https://t.co/oVpYzsv1nX

Doug Baldwin ($7,000) – When the going gets tough in Seattle, the Dougie Fresh gets going. The undisputed #1 guy QB Russell Wilson looks for in the passing game always shows up in the big games and should only continue that trend against Detroit. The Seahawks haven’t had much success running the ball, allowing for the passing game to be the driving factor this round.

Davante Adams ($5,600) – Adams continues to be a touchdown machine in Green Bay despite the presence of Jordy Nelson. Nelson should garner most of the Giants attention on defense, leaving room for Adams to operate especially in the red zone. The more Packers players I can have the better.

Jarvis Landry ($5,100) – Landry has started to look like the target hog we all love and know him to be. QB Matt Moore finally realizes that Landry is the best play-maker Miami has, and good things happen when he gets the ball. In order to keep up with the Steelers, the Dolphins will have to throw. Landry should have himself a day out of the slot.

Will Tye ($2,800) – To be honest, I don’t love this play. But, the matchup with the Packers defense is nice, and Tye has been getting a decent number of targets of late. If he can somehow find the end zone, it will all be worth it.

Geronimo Allison ($3,300) – Here’s another Packer play I really like. Allison is cheap and has filled in nicely for Randall Cobb as the third receiver. Similar to Adams, Allison will benefit from extra attention on Jordy Nelson. He’s put up a 8-157-1 stat line in his two games replacing Cobb. I’ll take that for a 3.3k receiver.

Houston Texans ($3,800) – The Houston Texans already have a solid defense, and have the luxury of facing a Connor Cook led Raiders team. He’s only appeared in the teams regular season finale against the Broncos, so I could see Oakland having trouble moving the ball, let alone score points.