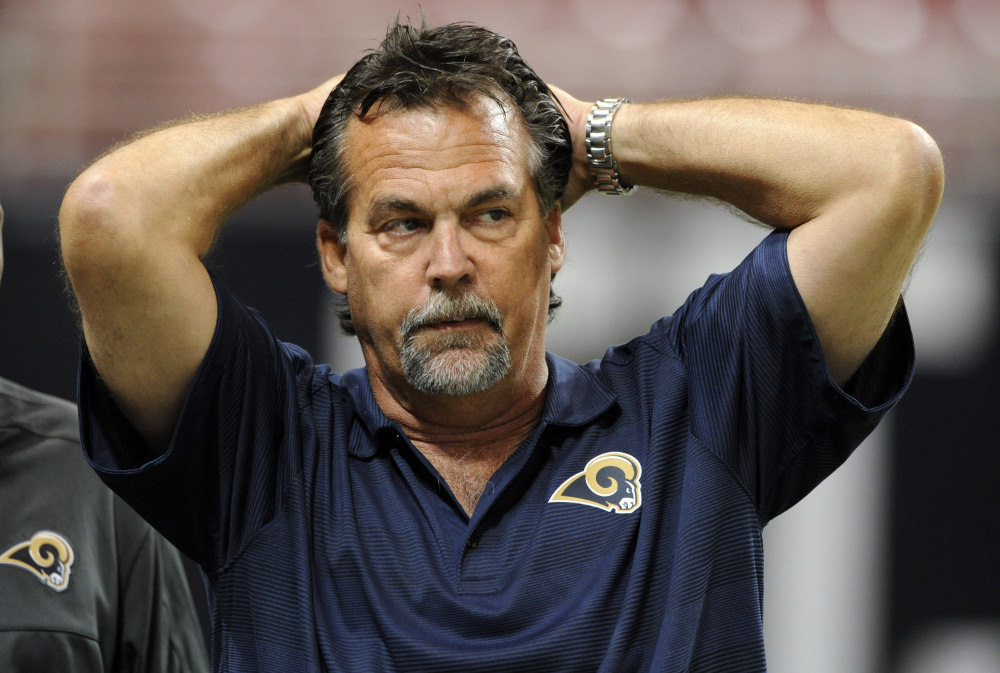 We've seen 6 coaches already get canned/step down. Which openings are the juiciest from a fantasy football perspective?

As we look forward to 2017, the hot off-season news for those teams not in the playoffs regards the head coach vacancies in the league. Right now there are six teams with openings at head coach, and we’ll be ranking each open position for it’s fantasy football juiciness. This is all based off the current roster right now, seeing as there’s plenty of potential for free agents and the draft to seriously change the outlook of a team. Just ask the Cowboys.

The 49ers roster right now is not very appealing on the offensive side of the ball. After going 2-14 this season, it’s apparent the team struggled at the QB position shuffling between Colin Kaepernick and Blaine Gabbert. It’s evident that neither of these two are the long term answer for San Francisco, so it’s likely they use their #2 overall pick on a QB. Whether it’s Mitch Trubisky, Deshaun Watson, or DeShone Kizer; any of those three will provide more hope and appeal to a head coach looking to bring this historic franchise back to relevancy. The 49ers do have a solid running back in Carlos Hyde to feature in the offense once a likely new QB comes in, and he’s the bright spot of this offense which is sad. The 49ers have no good receivers, and whatever QB comes in to be the future is going to need weapons to succeed. I can see San Francisco using some early picks on receivers or trying to add some free agents in the off-season. Jeremy Kerley, and Torrey Smith just won’t suffice.

Jeff Fisher is out, but the young talent is there in Los Angeles for a new coach to come in and shape the future. Last year’s first overall pick Jared Goff looks like a decent QB that the team can build around for the future. The Rams also have a young stud running back in Todd Gurley who will look to get back to his 2015 form as opposed to his 2016 season. If the new coach can figure out how to unleash Gurley once again, things could be looking up in LA. The Rams still need help at the receiver position, as Kenny Britt and Tavon Austin are decent receivers, but not the caliber of weapons that Goff needs. What hurts this team is not having a first round pick this year, as they traded it away last year to get Goff.

It was a real bad season for the Jaguars and coach Gus Bradley, but once he was fired the offense started to show signs of life that everyone expected to see this year. The team will be sticking with Blake Bortles at QB and he’s looked significantly better the last two weeks of the season. Whatever coach lands in Jacksonville will have a nice QB to start with in Bortles. They also get to inherit the super talented Allen Robinson at receiver. Getting Robinson and Bortles back on the same page and dominating defenses is necessary for Jacksonville to start becoming relevant in the AFC South. Running backs Chris Ivory and TJ Yeldon showed some flashes of life this year having a good balance between power running and a shifty pass catching back. The pieces are there in the offense, and with an up and coming defense, the Jaguars could be ready to start climbing out of the basement.

The Bills are another team that might be looking to take a QB in the first round. Tyrod Taylor was loved by former coach Rex Ryan, but he doesn’t look like a QB who can lead a team to the playoffs. Buffalo gave EJ Manuel and Cardale Jones a shot in Week 17, but neither looked good. From the running game stand point, LeSean McCoy is one of the best backs in the NFL and is a coaches dream to run an offense with. Whatever coach lands in Buffalo should continue to work McCoy and feature him in the offense because he’s so damn good. In the receiving game, the talent is there but the team just needs a QB capable of consistently getting them the ball. Sammy Watkins is a star in the making, while Robert Woods has shown flashes of potential and can be a solid WR2.

The Chargers are unique from the rest of these teams as they are more veteran based and established on offense as opposed to having young QBs to build around. Philip Rivers is an established QB with an abundance of weapons around him. Running back Melvin Gordon had a breakout season this year before going down with a hip injury. He was an elite RB1 this year and carried many teams to the playoffs. The return of Danny Woodhead should also help the offense assuming he doesn’t sign elsewhere in the off-season. What makes this Chargers job so intriguing is the level of talent at the receiver position. Hopefully this new coach can get a full season out of Keenan Allen who has seen his year cut short for the second consecutive year. Allen is an all-league talent and puts up monster numbers in the offense. Aside from Allen, the Chargers still have Antonio Gates, Tyrell Williams, Travis Benjamin, Dontrelle Inman and Hunter Henry to throw the ball to. There’s plenty of established talent in this offense and whoever walks into this position should feel pretty comfortable hitting the ground running.

The Denver Broncos have all the pieces you want if you are a head coach looking to step in. The biggest question mark appears to be at the QB spot, despite the recent praise given to both guys by John Elway. Currently there’s Trevor Siemian and Paxton Lynch on the roster with Siemian getting the majority of work this season. He looked real good in some games, while looking rather poor in others. Lynch was the team’s first round pick last season so you can guess he’ll be given every chance to win the starting job this coming off-season. There’s also been rumors about Denver being a potential landing spot for Cowboys backup Tony Romo. Romo in this offense would be dangerous. The Broncos have a solid running game with CJ Anderson returning from injury, and Devontae Booker who can provide solid depth from a backup role. Anderson was having a decent year before he went down, and when healthy can be a very explosive runner. The shining part of this offense comes from elite receivers Demaryius Thomas and Emmanuel Sanders. Knowing the job comes with those two guys should be enough for anyone to desire the head coaching spot. It’s a matter of selecting a QB to develop and grow into the offense that already has top notch weapons at it’s disposal. Plus, being gifted that elite defense sure doesn’t hurt.