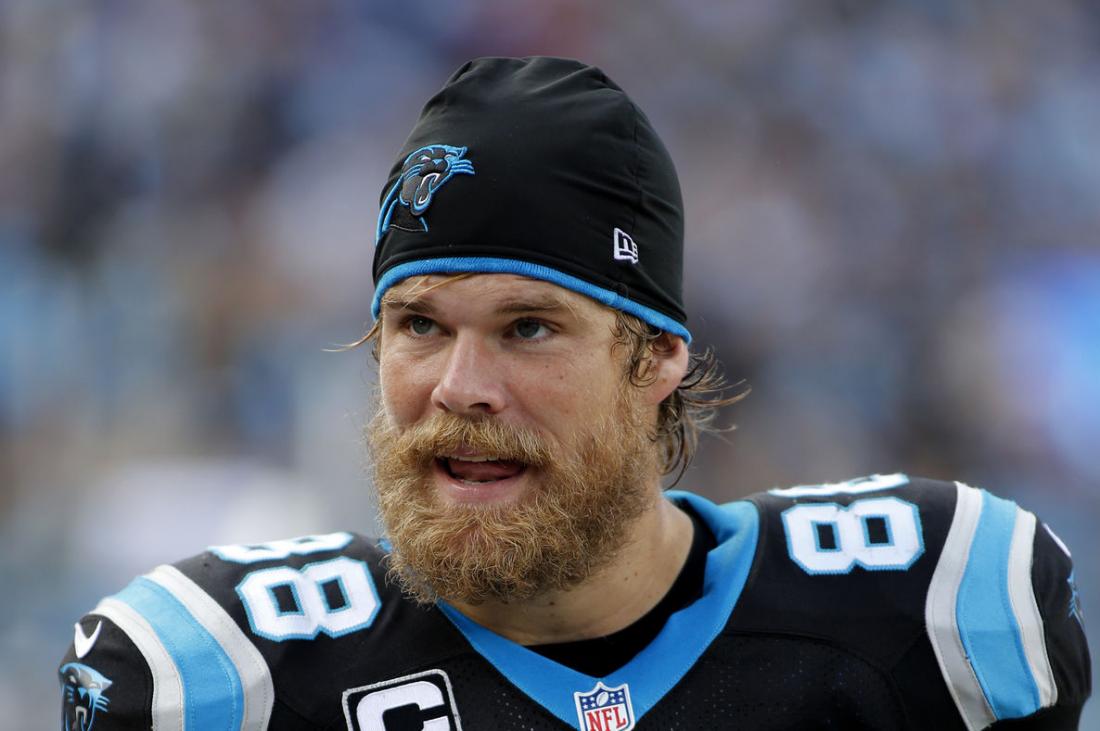 Losing your virginity. Graduating. Landing that job. Staring down the aisle at your beautiful wife and sealing a life together with a kiss.  Holding your little bundle of joy child for the first time.

These moments pale in comparison to what Week 16 could be — a fantasy football title.  Having that trophy as a centerpiece in your living room for a full year, reminding both you and your loser league mates of your dominance. Being able to sneak in barbs and brags into every conversation, no matter how irrelevant.

The way is simple: set the better lineup, and score more points. Make sure you’re doing so by checking out The Wolf’s rankings, and sending in some Sit/Start questions to our Twitter @RotoStreetJ or message our Facebook page.

Note – Monitoring the health of Jordan Reed and C.J. Fiedorowicz will be important, as both Vernon Davis and Ryan Griffin would carry TE1 appeal if the starter is out ahead of them.

1) Greg Olsen (CAR) vs. ATL  QUESTIONABLE –  Olsen suffered an elbow injury late in the MNF contest versus the Redskins, and needed to see a specialist Tuesday. Should he suit up, he’s the easy #1 play after toppng 80 yards in two straight and now squaring off against a sieve Falcons defense

2) Travis Kelce (KC) vs. DEN –  Unless your league has negative points for general douchiness, Kelce should be started with confidence. Denver’s linebackers are banged up / suck anyways, leaving the #1 target on the Chiefs a locked in option for top scorer

4) Cameron Brate (TB) @ NO – Remember when I was saying this guy would be 2016’s Gary Barnidge? Hopefully you listened.

8) Martellus Bennett (NE) vs. NYJ – He’s clearly hampered by an injury, but did you see what Dion Sims just did to them? The Jets don’t cover tight ends.

9)  Jason Witten (DAL) vs. DET – Witten’s been far more involved since his zero target day, and now gets a Detroit team that graciously holds the end zone door open for tight ends.

10) Hunter Henry and 11) Antonio Gates (SD) @ CLE – Though this has grown into an obnoxious, tough-to-predict committee, there’s a realistic chance both score against this joke defense.

12) Eric Ebron (DET) @ DAL – The matchup is right for the first time in a while, but Ebron is tough to trust after failing to top 40 yards in four straight games now.

13) C.J. Fiedorowicz (HOU) vs. CIN – He’s set to return against the second most generous team to TEs, but his chemsitry with Savage + Ryan Griffin’s involvement lower his appeal just a  little.

15) Dion Sims (MIA) @ BUF – Before you claim I’m just number chasing his two TDs last week, take note that he’s scored in three of the past four weeks, and (remember Julius Thomas?) Gase has always loved using TEs in the red zone. Matt Moore clearly trusts him there, and I’d be far from shocked if Sims puts another in. The 0 point floor is real, though.

16) Charles Clay (BUF) vs. MIA – Back-to-back double digit days, and now against a Miami defense that could certainly facilitate his third.

18) Jimmy Graham (SEA) vs. ARI – He’s been nonexistent for the better part of the past 6 weeks, and now squares off with a Cardinals defense that defends tight ends better than anyone else. I’m staying away if I can.

19) Vernon Davis (WAS) @ CHI  – As mentioned in the intro, Davis would vault into the top-12 should Reed be ruled out.