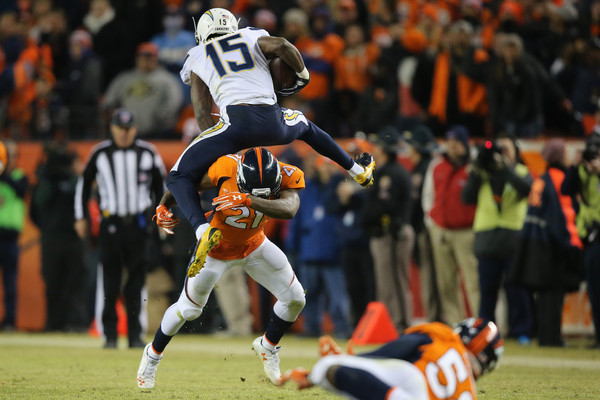 The Championship has arrived. Learn how to prepare for the biggest day of your life.

Unless you’re in a joke league where the playoffs extend into Week 17 (probably have 8 teams too…drafters showing up with girlfriends…), then the championship has arrived.  At this point, nothing should matter more than securing a title: jobs, families, friends, significant others, FarmersOnly, will be there all your life, but this title shot may not return for years to come. Unless you read us all offseason, of course.

With only one game left, depth truly means nothing. Handcuffs can be chucked.  Interesting, but flopping, lottery tickets should be burned. Really, the only thing that matters is rolling out the best possible Week 16 lineup… and preventing your opponent from doing the same.*

The fantasy equivalent would be robbing your opponent of a waiver wire gem that they desperately need (i.e. their injured RBs handcuff), but you’re only stashing for another sexy name to stare at on the bench. Yes, neither of you are likely desperate for starters this late in the season, but it’s still necessary to study your opponent’s lineup and see if they have any gaps; maybe they’ve been streaming defenses and the Week 16 matchup isn’t right, or their benchable WR3 squares off with Denver.

As such, here are the only widely-available options that are legitimately startable in the Week 16 championship, whether for personal use or cuckolding purposes.

Thanks to an injection of the beastly Joey Bosa and a bolstered secondary, the Chargers have consistently forced turnovers in 2016; they have forced at least one turnover in all contests this year and lead the league in this category. Unfortunately, they also surrender the third most points, which has kept them in the middle of the pack fantasy-wise.

Fortunately, they face the Cleveland Browns in Week 16, who cannot score points and love handing the ball to the opposition. This plays right into the Chargers strengths, and makes them an easy top-five option for championship week. Even if you plan to ride a stud like New England or Seattle, don’t let your opponent have a potential 17-point swing.

If you miss the boat on the Chargers or they are already taken, give the Giants a long look. They’ve been playing inspired ball on the defensive side, scoring 23, 6 (versus Pitt on the road), 12, and 13 in their last four games; those last two double digit performances came against the quality Cowboys and Lions as well. Now, they get a far crappier offense in the crumbling Eagles, in addition to a short week. This seems like another top-five, double-digit play that’s widely available.

This is nothing new. Yet, Inman’s clear ascension to the San Diego’s WR1 and a match up against Cleveland make Inman well worth highlighting. Amidst Tyrell Williams shoulder struggles, Inman has really emerged as Rivers’ go-to guy, reeling in a TD in three straight before another productive but unspectactular 5 catches and 68 yards versus the Raiders. Playing out of the slot, Inman should avoid Joe Haden and draw whatever dog mess the Browns can scrape off their shoes, leaving him in a prime position for a massive effort in Week 16.  The floor and ceiling are both extremely high for a guy available in 64% of leagues.

16, 15, 18. Those are Robby Anderson’s PPR stats in games Bryce Petty has played. He’s literally been a target vacuum, and ridden this volume to borderline WR1 production. Unfortunately for his fantasy value, Petty’s status is a bit murky, though early reports suggest he only suffered a contusion and is likely back. The Patriots defense has been tough as of late, but they play a lot of zone in a “bend-don’t-break” mentality. While this may keep Anderson out of the end zone, a class dink-and-dunk effort that yield 6+ catches and close to 100 yards is certainly possible. Inman is the better play by a long shot, but Anderson has been lights out and is definitely usable if desperate.

Locket finally looked like his explosive rookie self in hauling in 7 balls for 130 and a TD last week, and the team made a concerted effort to get him rolling. The tough matchup and inconsistency make Lockett a lesser play than the above two, but on sheer ceiling alone Lockett is the highest upside dice roll. Doug Baldwin should draw Patrick Peterson, and we just saw what a small, quick receiver in Brandin Cooks can do to this secondary (7 catches, 186 yards, 2 TDs). While I don’t necessarily want to start Lockett, I certainly wouldn’t want to be on the receiving end of a massive explosion.

*Note – Some leagues implement a “tie breaker” rule of Week 16 bench points, which we think is an embarrassing way of settling a league. While a tie is highly unlikely (especially in partial points leagues), knowing your tie break rules is crucial. Strategy would involve stashing up on the highest upside bench QB2s (Kaepernick, Bortles) and kickers who can rack up 14-16 points despite their general shittiness, as well as the high ceiling guys listed above.