Six Waiver Wire Receivers Who Could Carry You to the Championship 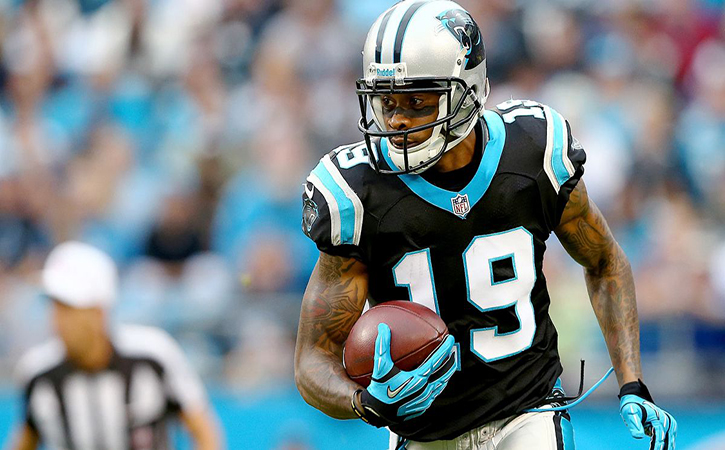 Every point matters in the playoffs, so don't fall short by riding a decoy or season-long bust in Week 15. Instead, check your waiver wire for these potential game-swingers.

Studs like Julio Jones and A.J. Green who’ve carried fantasy owners are set for decoy roles at best. Supposed-to-be studs like DeAndre Hopkins, Allen Robinson, and Brandon Marshall have plunged into dark holes where no light is imminent. Indeed, the Fantasy Gods have laid some serious Wide Receiver tests for owners to overcome in Week 15. Mercifully, they’ve also sprinkled the Waiver Wire with some potential Guardian Angels to rescue us.

Regardless of your personal woes, below lie six potential blessings from the fantasy heavens who could lead you to a fantasy championship. Of course, none of these names are sure things; otherwise, they would never be available in over 50% of Yahoo leagues. Still, amidst so many question marks and Osweiler-infections, all of the following wide receivers offer week-swinging potential.

With stud Josh Norman set to shadow Kelvin Benjamin, the Panthers true #1 WR should have absolutely feast in Week 15.  The Washington secondary, incapable of covering an infant with a blanket, have routinely surrendered big plays in the passing game — Ginn’s specialty. I fully expect him to score a signature long-ball in this contest, racking up over 100 yards and a TD in the process.

Even if he doesn’t go deep, Ginn is far less boom-or-bust than often perceived. Before last week’s debacle, Ginn had seven straight games of at least 9 PPR points, including 14.9, 22.8, and 19.6 in his previous three (second most among WRs in that span). He’s being used in a far more consistent role, and this underrated floor adds comfort to rolling out Ginn. The only scenario I see the speedster flopping is if the reports on Norman prove false and he’s thrown on Ginn; otherwise, expect minimum 10+ and a real shot at an explosion.

Anderson was featured on this week’s Waiver Wire Watch given his newfound “Target Monster” status:

Amidst the insane volume, Anderson’s hauled in 10 balls, 160 yards, and a TD over the past two weeks. I’ve always believed in “scout team chemistry,” and these two had been cooking up Grease levels of summer loving this preseason. Miami has been getting bombed over their past few contests, and Anderson has real 15+ point weekly upside to close out 2016.

Since this, news has broken that Brandon Marshall will be on a pitch count, presumably locking Anderson into even more volume.  Plus, you get the added bonus of having a stake in Saturday Night football. Out of all these guys, Anderson might have the greatest disappearance risk, yet he also seems like the greatest bet for double digit targets as well.

Garcon’s by far the highest floor play if you just want a sure 9-12 points, and it’s mind-blowing he’s available in over half of Yahoo leagues. The crafty vet has topped 12 PPR FPs in nine of 13 contests this year (69%), and two of his subpar efforts were 7.9 and 8.3 respectively — really, he’s been servicable in all but two contests. Carolina, meanwhile, has been whorish to receivers, surrendering the fourth most points to the position, and a surging Kirk Cousins should take full advantage. At minimum, 5-6 catches and 80 yards should be expected, and a 20+ point day is well within the reach.

Julio Jones has already been ruled out, leaving some serious targets on the table for Sanu and Taylor Gabriel. At 58% owned, double check on Gabriel first, as he presents a greater shot at a TD, but both are very viable options against the hapless 49ers. In fact, Sanu dominated in Cincinnati when thrust into a WR1 role, averaging 18.75  FPPG in Green’s absence in 2014. Given how abysmal San Fran is against the run, there’s a risk this one gets out of hand early and the Falcons just pound the rock all afternoon; still, Sanu should be a solid bet for 5 catches, 70 yards, and maybe even a score, with a real shot at an enormous blow up.

Yes, Alshon Jeffery’s expected return is a significant threat to Meredith’s ceiling. Still, Matt Barkley’s chemistry with Jeffery is no guaranteed, while Meredith is fresh off an 8 target, 6 catch, 72 yards and a TD.  He’s become the primary slot WR, and is using his big frame for mismatches all over the middle of the field; meanwhile, Green Bay has struggled defending the slot since Sam Shields was placed on IR.  Record cold temperatures make the aerial weapons a bit risky in this one, but Meredith has a real shot at repeating his TD streak.

The tantalizing Nelson is locked into an expanded role following Michael Floyd’s release on Wednesday, which could mean some huge numbers against the burnable Saints secondary. Nelson’s main issue has been inconsistent volume, but he’s made the most of his opportunities lately, scoring a TD on all three of his last touches. With one less mouth to feed and John Brown still struggling with a sickle-cell related disease, Nelson has a shot at his most targets yet.  Perhaps even moreso than Anderson, Nelson has megabust potential; yet, if you’re on the wrong end of a David vs. Goliath battle and need an explosion, Nelson’s ceiling might be greatest of all.