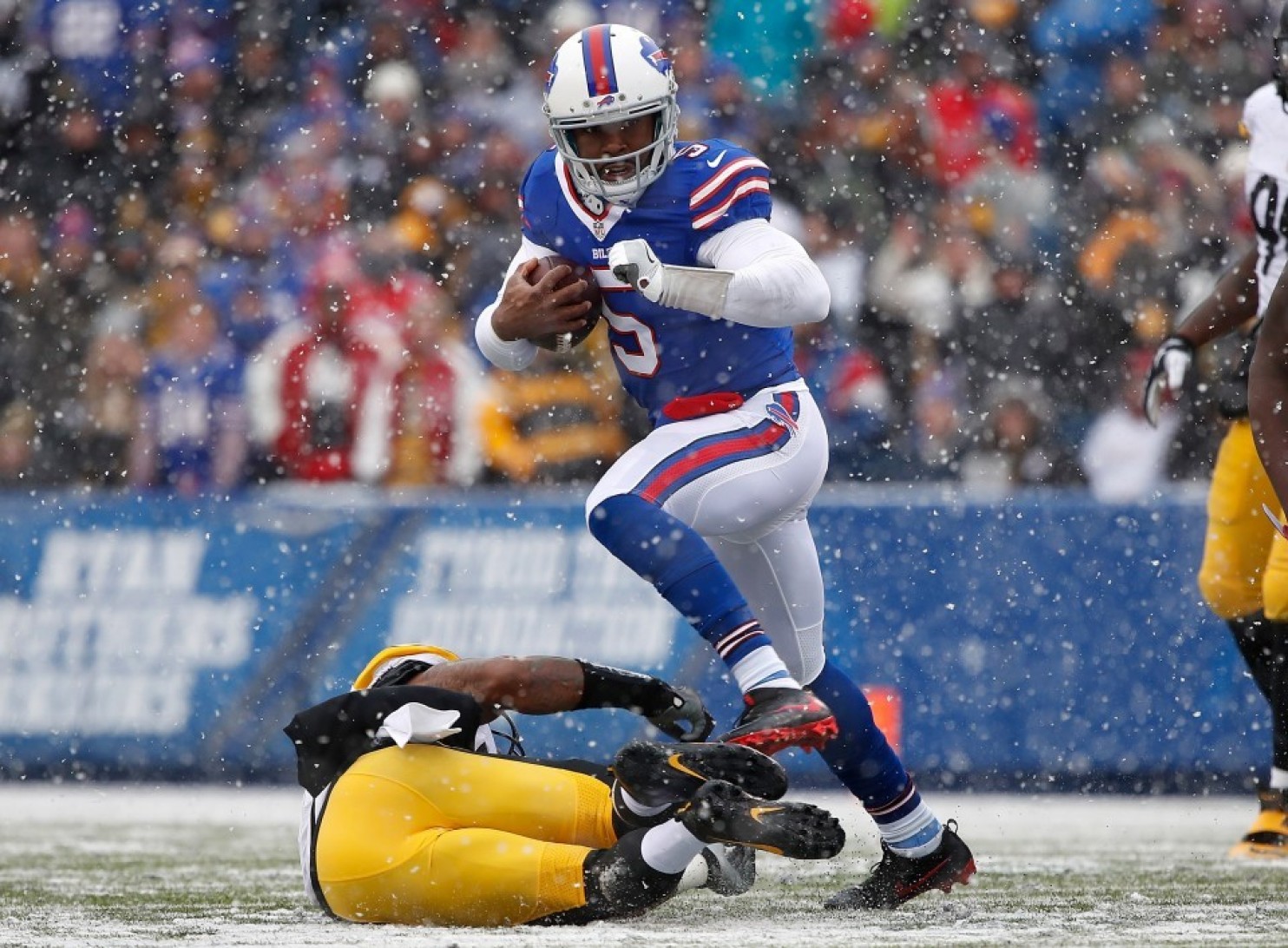 We won't blame you if you roll with what got you here.

Congratulations. Whether through a bye week or a scrappy Week 14 W, you’re now one step closer to that fantasy ship… and proving you’re smarter than all of your idiot league mates. Don’t be robbed of a life moment that’ll rank alongside the birth of your first child this late in the game, and make sure your lineup is perfect with our Week 15 Rankings.  Hit us up on Twitter @RotoStreetJ or on our Facebook page for any burning Sit/Start questions.

3) Tom Brady (NE) @ DEN –  Given Denver’s susceptibility to the run and dominance against the pass, everything here suggests a LeGarrette Blount kind of script. Still, tough matchups like this past Monday generally benefit Tom, as no one rises to the occasion quite like the Second Coming.

This is an odd week where normally high-end QBs face the toughest matchups, and some high-ceiling but inconsistent options get some cake to feast upon.  Benching a guy like Drew Brees who got you here for a guy like Tyrod Taylor is tricky, and I can’t blame team loyalty by any means. Still, this is an order of how I think the scoring will shake out, and if you need some ceiling…

5) Marcus Mariota (TEN) @ KC – Floundered last week, and Arrowhead is no joke to play in, but Mariota has been so hot outside of last week’s predictable blunder that he deserves your forgiveness.

7) Andrew Luck (IND) @ MIN – While I don’t love Luck this week against a tough Vikings defense, he seems like a lock for 17+. Amidst so much uncertainty, this floor is worth quite a bit.

9) Philip Rivers (SD) vs. OAK – The man of infinite children disappointed in a big way last week, but I’m feeling a bounce back and shoot out in this divisional matchup. With no Melvin Gordon, Rivers’ arm will be needed more than ever

10) Drew Brees (NO) @ ARI – He’s dropped 10 and 7 points in supposed cake match ups, and now squares off against the 29th most generous team to signal callers… so of course we’ll get vintage 400 yard, 3 TD Brees right? He’s unfortunately tough to trust right now.

12) Dak Prescott (DAL) vs. TB – Facing his first batch of criticism, Dak has the matchup to erase doubters. Prior to his last two clunkers in terrible matchups, Dak hadn’t dipped below 18 FPs in 10 straight weeks, and he seems like a solid bet to return to these numbers against Tampa Bay.

17) Russell Wilson (SEA) vs. LA – I’m done with the former Celibate’s shit. He’ll probably throw 3 TDs on Thursday Night Football, and I still will hate him.

Tier 5 – You have people who care about you