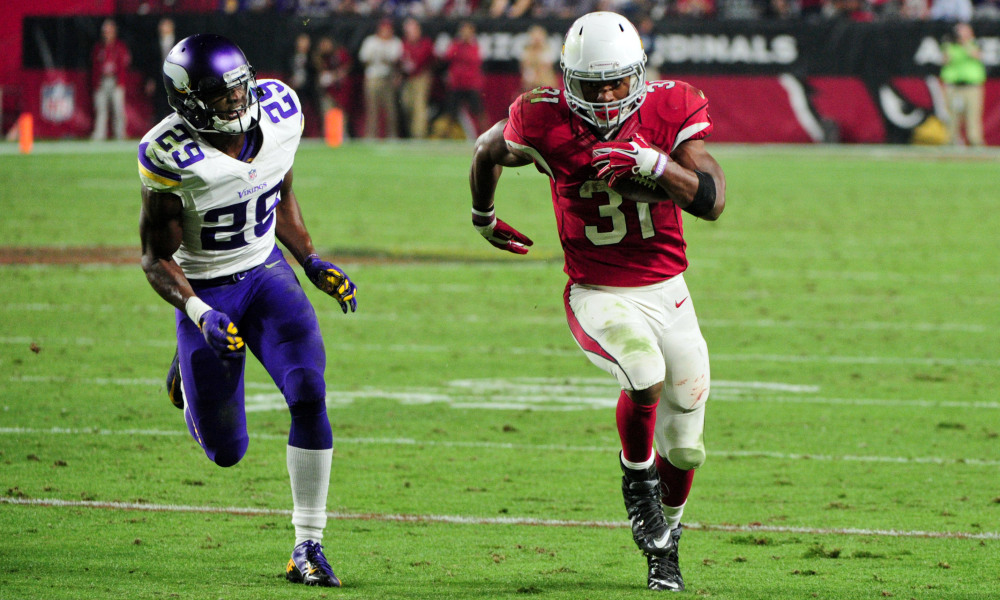 16) Carlos Hyde (SF) vs. NYJ – This is a game that should remain close with the creature named Bryce Petty on the other side, which plays right into a big day for Hyde.

17) Darren Sproles (PHI) vs. WAS – They get destroyed in the air versus RBs, which is Sproles’ specialty.

23) Jonathan Stewart (CAR) vs. SD – He’s literally been 20 points or single digits, making him a risky play; nonetheless, a date with San Diego should help swing the pendulum to boom.

26) LeGarrette Blount (NE) vs. BAL – Normally a low-end RB1, a date with the best rushing defense in the league lessens his appeal significantly. This has a Dion Lewis / James White feel to it, but a TD is definitely within Blount’s grasp.

27) Dion Lewis (NE) vs. BAL – In a game that should be tight and rely on Brady’s arm, Lewis’ coming-out-party might finally be here.

28) Isaiah Crowell (CLE) vs. CIN – He had two of his top three games when the mobile threat of RGIII was under center, and now matches up with a Bengals defense that can be run upon. Crowell also has been more involved in the receiving game lately, making him a usable play if you can stomach it in your finals.

29) Devontae Booker (DEN) @ TEN – He’s been so horribly inefficient that just-signed Justin Forsett is expected to split carries. This line is terrible, and Booker doesn’t seem to be running with the same aggression as before.

Tier 5 – I guess if you’re desperate…

30) Kenneth Dixon (BAL) @ NE – This backfield is tough to project, but Dixon’s consistent receiving role should be necessary in a game that’ll require catch up.

31) Charles Sims (TB) vs. NO – Just returning from the I.R., Sims is a major dice roll; nonetheless, New Orleans surrenders a ton of receptions to RBs & Doug Martin has a mysterious ailment that could lead to serious work. There’s a sneaky big ceiling here.

32) Ryan Mathews (PHI) vs. WAS – Expected back in Week 14 and as strong a bet for a TD as any in this group; any reports indicating the distribution of this three-headed monster will be key to follow.

35) Terrance West (BAL) @ NE – His best shot at value is an early TD, or if the Ravens somehow get up early.

36) Rex Burkhead (CIN) @ CLE – Shockingly a plausible toss-in during playoff week. Hopefully if you made the playoffs you’re not sinking this low.

Tier 6 – Really? You made the playoffs?