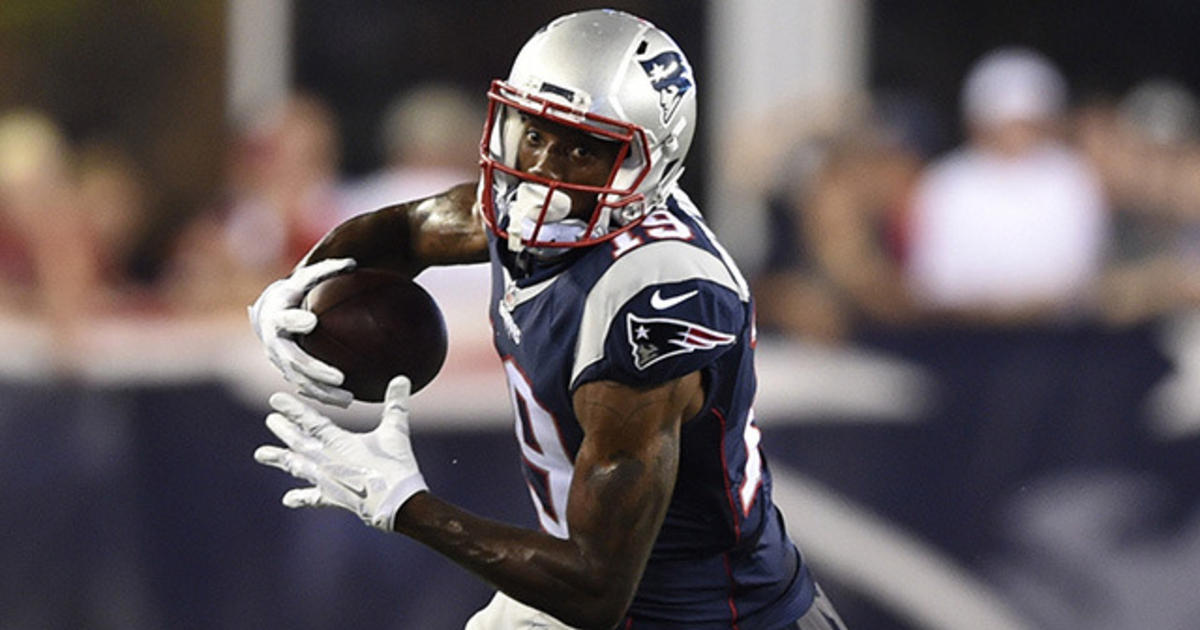 Playoff bound? Hopefully you don't need too much help. But some sexy Waiver Wire options have emerged just in time for your stretch run.

Congratulations. If you’re still reading The RSJ Waiver Wire Watch, you’ve either made the fantasy football playoffs, or desperately want to ruin your league mate’s lives.  Both deserve a salute.

As we’ve been preaching, Rule #1 about the fantasy playoffs is protecting your top assets — especially at the injury-plagued running back position. If you still haven’t dabbled in “Cuffing Season,” it’s a must read before you continue on.  Whether you land your own insurance policy or steal a rival’s, high upside backup rushers are the best use of a bench spot.

Nonetheless, some legitimately usable options emerged this past Sunday, and warrant your consideration. This list isn’t long, but contains some serious stretch-run upside. Even if you might not be using them, blocking your opponent from a potential blow-up pickup is just as valuable.

Welcome to Tom Brady‘s circle of trust, and fantasy owners lineups, Mr. Mitchell. Really, the talented rookie should’ve been scooped up as soon as the devastating Rob Gronkowski news broke, as the Patriots were projected to roll out three wideout sets far more often. This indeed came to fruition Sunday, with Mitchell playing 67-of-79 snaps (85%) in a near every-down role.

The former Bulldog turned the increased field time into some serious production, hauling in 8-of-10 targets for 82 yards after hauling in three TDs over his previous two games. Plenty of these receptions came on timing based routes in which Malcolm was the #1 option, meaning he’s a clear part of the weekly game plans. Plus, more targets and field time are available with Danny Amendola expected to miss the remainder of the regular season. Dominating in the red zone and now all over the field, Mitchell has some huge stretch run upside.

Green has been a recommended stash for weeks, and Sunday the explosion finally came: six catches, 110 yards, and a TD on a whopping 11 targets.  Shockingly, this damage came in under 50% of the snaps, as Green logged only 35-of-73 plays (almost a target per every 3 snaps for those counting). He was running wild down the seams all afternoon, with multiple chunk plays of 30+ yards. In an offense desperate for aerial weapons, Green sure looks like the #2 target in an explosive offense. He has the size, the QB who can place the ball wherever he wants it, and will be frequently visiting the red zone where his massive size can be maximized. This brings a serious ceiling to a position completely stripped of consistent options.

Sims was one of last week’s top recommendations, in which I stated:

Everyone’s favorite Handcuff with Benefits, Sims returned to practice last week and is eligible to return in Week 14. The timing couldn’t be more perfect, as Sims will square off with the sluttiest of run defenses in New Orleans… not once, but twice, in the fantasy playoffs (14 and 16). Even in just his usual pass-catching role, Sims should warrant RB2 consideration in both matchups, and his ceiling is astronomical if Doug Martin goes down. Anyone who’s already clinched and might need some stretch run RB magic should roster Sims ASAP.

Since then, Sims’ return has been confirmed:

#Bucs coach Dirk Koetter said he expects RB Charles Sims to be activated to the 53 man roster this week vs saints.

If you’ve made it this far, these names likely won’t matter. Still, here’s some noteworthy depth plays in case you’re hit by some injuries:

Has above 12 PPR points in 4 of his last 5, with the only one lower a still serviceable 8.30, hinting at a safe floor. Plus, Garcon faces three bottom-10 pass defenses in Weeks 14-16. Some reliable WR3 production lies ahead.

Once considered an unreliable boom-or-bust guy, Ginn has scored 9+ PPR points in six straight weeks thanks to an active streak of 5 catches and/or a TD. Most recently, Ginn exploded for 4 catches, 115 yards, and a TD on 10 targets, flashing the ceiling we know and love. Now that he has a semi-reliable floor, Ginn is a surprisingly appealing flex play.

He followed this up with 5 catch, 80 yard, TD effort versus the daunting Seahawks secondary. The going should be far easier versus San Diego, Washington, and Atlanta in his next three, making Ginn a shockingly appealing flex play for playoff participants in need of upside.

While Ladarius Green presents a far higher ceiling as this weeks top waiver TE target, Pitta himself exploded in Week 13: 9 catches, 90 yards, and two TDs. Pitta has missed a lot more than he’s hit, and this explosion should be viewed as a mirage; still, there’s a chance for some decent stats down the stretch if you’re desperate for a seam-stretcher.

After sending Kapri Bibbs to the IR with a high ankle sprain, Gary Kubiak called in his favorite journeyman in Justin Forsett.  Granted, Forsett has looked sapped of any type of explosion in his limited 2016 action, but perhaps a reunion with Kubiak can rekindle his lost form. Remember, Forsett was running wild in the Kubes’ famous zone blocking scheme during their time together in Baltimore, and current Broncos starter Devontae Booker has been disgusting. Given this sorry offensive line and Forsett’s own lack of explosion, this is nothing more than a Hail Mary; nonetheless, there’s a Lloyd Christmas 1-in-a-million shot here.

Stone hands hauled in 5 of 7 targets for 95 yards and a TD versus the Bengals, and has now been lobbed 16 targets in the past two games sans AJ Green. Boyd has gotten the love, but Lafell has been the #1 guy. He’s worth a gander for the WR desperate, especially in Week 14 versus Cleveland.

Yes, his 38 rushing yards led the team… despite starter Jeremy Hill receiving over 20 carries. Hideous. Still, this is a thing named Rex Burkhead, are you really going to throw it into a lineup?

The Bengals have held three straight teams under 20 points, and now get to welcome RGIII back from the IR. Expect some sacks and at least one turnover that could go for 6. Don’t overthink this cream puff.

Atlanta is horrendous, but the Rams are that much worse. Jared Goff folds like a lawn chair as soon as pressure comes, and if there’s a single strength to the Falcons, it’s their pass rush. Plus, a date with Blaine Gabbert‘s 49ers awaits in Week 15. There’s some stretch run appeal here.