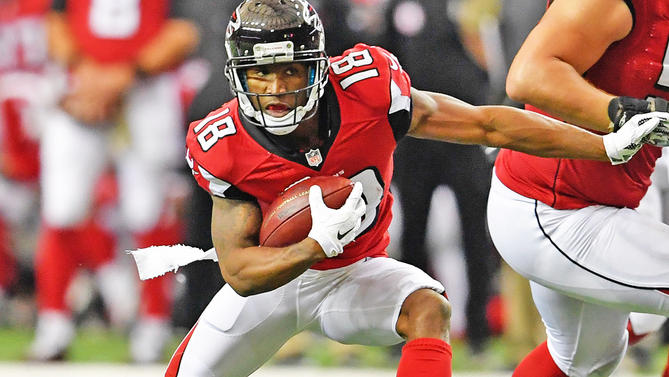 Wide Receiver is insanely deep this week; find out which sleepers will take off and should be in your line ups.

Week 13 — the definition of Do or Die time. Whether you’re clawing your way into the playoffs, doing your damndest to secure a bye, or intent on spoiling a rival’s season to bring a shred of joy to your abysmal campaign, this will be the last hurrah for many. Make sure your lineup is set and you’re extending your fantasy year with the best rankings around.

11) Michael Thomas (NO) vs. DET &  12) Brandin Cooks (NO) vs. DET – One of these guys will outscore most of the people ahead of them, perhaps even both; yet, predicting who is tricky these days. Thomas has been more consistent and gets the slight nod here.

13) Doug Baldwin (SEA) vs. CAR  – A mix of the easy matchup / recent hot play + some slight hesitation whether Wilson’s head remains in his ass after last weeks TB debacle.

Note – I really like the explosion potential of this entire tier; loading up on stud RBs and balancing with some cheaper, high upside Tier 3 guys could be the winning DKings formula this week.

14) Stefon Diggs (MIN) vs. DAL QUESTIONABLE – The latest reports suggest Diggs is expected to play; don’t forget he ripped off consecutive 13 catch days before being shadowed by Patrick Peterson, and has become the true focal point of this offense under dink-and-dunker Pat Shurmur.

21) Tyreek Hill (KC) @ ATL – Highest ceiling in this tier, which is saying something. draft

22) Emmuanuel Sanders and 23) Demaryius Thomas (DEN) vs. JAC – The lower ceiling, higher floor versions of Michael Thomas and Brandin Cooks. Could be in trouble if Siemian misses Week 13.

25) Sammy Watkins (BUF) @ OAK –  Questionable – Returned to practice Thursday and is expected to play barring a setback. A date with the Raiders whorish secondary + Robert Woods’ absence creates a huge Week 13 ceiling, even if on limited snaps.

26) Jamison Crowder (WAS) @ ARI – If he avoids the Patrick Peterson treatment, Crowder carries a top-15 ceiling.

28) Jarvis Landry (MIA) @ BAL – DeVante Parker’s expected absence should open up some more targets for Landry… should being the key word, Adam Gase.

29) Marquess Wilson (CHI) vs. SF – Loved his “practice team” rapport with Matt Barkley, and the two should continue lighting it up versus San Francisco.

35) Taylor Gabriel (ATL)  vs. KC – Kansas City shockingly surrenders the second most FPs to opposing wideouts, and generally the #2 WR has done the damage. Another Gabriel blow-up would be highly unsurprising.

Note – Usually by the 40s I hilariously name this tier with some depressing song lyric; however, the depth at WR is crazy this week thanks to some very easy matchups and emerging waiver options. Take advantage on DraftKings.

40) Jeremy Maclin (KC) @ ATL – A very viable option should he suit up; returned to practice Wednesday for the first time in weeks.

46) Will Fuller (HOU) @ GB – Finally rounding into form; perhaps he and Osweiler can regain some early season magic for the stretch run, and the pathetic Packers secondary would be a prime launching pad.

47) Malcolm Mitchell (NE) vs. LA – With Gronk laid up for the rest of the year, Mitchell will have every chance to prove these last two weeks are not a mirage. He could be a true championship swinger if his red zone usage continues.