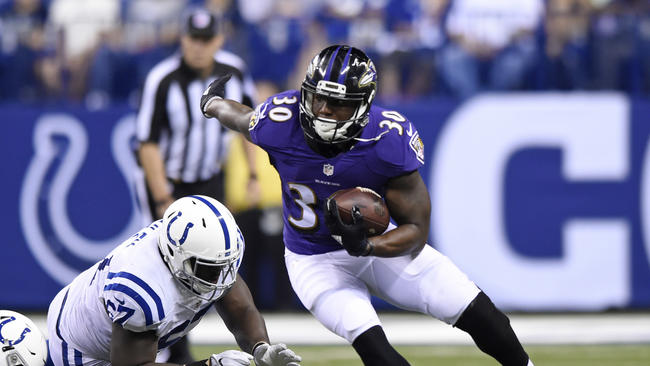 Whether you're gearing up for a playoff run or in a must-win situation, find out what treasures the Waiver Wire holds in Week 13

If you’re reading this, you probably fall under three categories:

A) You’re prepping for your playoff stretch run. Congrats on finding us.

B) You’re having heart palpitations every three minutes at the thought of your do-or-die Week 13. Even if you need outside help, a win on your end is still necessary. Wish we met sooner.

C) You’re a prick shit who’s out of it but loves annoying your league mates.  So much respect hate for you.

Thankfully, there’s options for all scenarios out there in Week 14 (Person C really depends on who you’re trying to annoy). Let’s dig in and get your roster maximized for your needs.

Tyreek Hill is easily the top waiver pick up, both as a one week rental and long-term upside stash. This freak athlete made plays in all facets (receiving, rushing, and return TDs) against one of the toughest defenses in the league; he now gets Atlanta to toy with in the crucial Week 13, making him a potential top-15 play. We could be in for a scorching finish.

Note – Before you keep reading, make sure you check out last week’s installment on “Cuffing Season.” You likely own one of the top RB options if you’ve already clinched, and Rule #1 for Playoff Prep is protecting your top assets. Click and read to find out the top RB insurance policies and/or high-ceiling stashes.

Caught up? Great. Here’s a few other “Playoff Stashes” with some serious late season ceiling:

Everyone’s favorite Handcuff with Benefits, Sims returned to practice last week and is eligible to return in Week 14. The timing couldn’t be more perfect, as Sims will square off with the sluttiest of run defenses in New Orleans… not once, but twice, in the fantasy playoffs (14 and 16). Even in just his usual pass-catching role, Sims should warrant RB2 consideration in both matchups, and his ceiling is astronomical if Doug Martin goes down. Anyone who’s already clinched and might need some stretch run RB magic should roster Sims ASAP.

Thanks to Jeanna Thomas of Falcoholic, we were probably the only site on the planet onto Taylor Gabriel in Week 4 of the NFL season.  We’ve sprinkled his name into some Waiver Watches since, and, after a monster 4 catch, 75 yard, two TD effort and his fourth straight game with a TD, Gabriel has to be on everyone’s radar.

Let everyone else write this stretch as flukish. They indeed could be correct. But don’t undermine his previous history with Kyle Shanahan, who coached Gabriel in Cleveland and ensured Atlanta brought him in. Don’t forget Gabriel’s incredible suddenness in space, showcased on both his Week 12 screen TDs, or his blazing jets he’s shown on a variety of deep balls. Instead of fluke, I see an explosive athlete with prominent role in the league’s top offense. With dates against San Fran (2nd worst vs. WRs) and Carolina (8th worst) in Weeks 15 and 16, Gabriel could be that waiver wire WR who explodes and brings titles to owners.

With Antonio Gates the lead dog in San Diego, Henry is not an advisable play despite his weekly TD potential. Instead, treat Henry as the Derrick Henry of TE handcuffs.  Hunter similarly plays behind an injury prone starter, and has immense talent in his own right — look at his earlier production with Gates out of the lineup:

With the easiest fantasy playoff schedule among TEs, this type of production could certainly be replicated if old man Gates breaks down. Gaze at these matchups and tell me you don’t achieve a wiggle downstairs: Week 14 @ Car (3rd most FPs to TEs), Week 15 vs OAK (8th most), Week 16 @ CLE (the most). If you’ve got room to stash and some TE woes, Henry is a perfect lottery ticket.

We’ve been screaming Dixon’s name for weeks, and the talented rookie appears to have finally taken this job. He outsnapped and out touched “starter” Terrance West on Sunday, churning out 80 total yards on 17 touches. Dixon’s most impressive work and usage comes in the passing game, where he is a check-down favorite of Joe Flacco. Dixon should be owned universally after this performance, and can be employed confidently by anyone needing some guaranteed RB volume.

A blast from the past, Enunwa may have been dropped in your league after consecutive clunkers. Check and see if this mistake was made in your league, as Enunwa just erupted for 5 catches, 109 yards, and a TD. He routinely torched the Patriots secondary and made impressive grabs all over the field while logging 81% of the snaps.  Given the Colts and 49ers love putting out on the first date, Enunwa should have some more eruptions before season end and help propel you into the playoffs.

Inman was logging a career game before exiting with concussion symptoms, hauling in six catches for 119 yards and a TD. Now established as the clear #2 WR, Inman has been a consistent target the past four games, notching 11, 11, and 9 PPR points before this 25 point explosion. Meanwhile, early reports suggest Inman shouldn’t miss any time:

Chargers WR Dontrelle Inman missed end of game, being evaluated for possible concussion. He passed the test. Cleared. Not in protocol.

With Tyrell Williams hampered and a date with a Bucs team surrendering the 4th most points to wideouts, Inman offers plenty of Week 13 appeal. Moreover, his playoff schedule features the cake matchups of Carolina, Oakland, and Cleveland, giving him more appeal than your standard one week rental.

I hate to admit it, but Kaepernick has delivered four straight top-10 fantasy performances since the Bye Week, including a 33 point explosion last week versus a formidable Miami defense. While the on-field film may be cringe worthy at times, Kaep stuffs the fantasy sheets thanks to his legs and Chip Kelly’s user-friendly system. An upcoming schedule of Chi, NYJ, ATL, and LA gives Kaepernick the path for continued usable play for the QB needy — assuming you can stomach a kneeler who doesn’t register to vote leading your squad. Puke face emoji.

Wilson exploded on Sunday for a monster 8 catches, 125 yards, and a TD, which should’ve really included at least 1 more score. His usability is directly tied to his QB, however, as Wilson showed clear rapport with third stringer Matt Barkley, whom he has that #practicesquadchemistry with. In a similarly depleted cast in 2015, Wilson flashed similar upside with a few 6 catch, 80 yard days; if Barkley gets the nod in Week 13, the returning wideout would be among the highest ceiling WR streamers against the abysmal 49ers secondary.

Despite only playing 47% of the snaps, Malcolm Mitchell hauled in 5 balls for 42 yards and two scores — marking a TD in back-to-back efforts. Though the limited field-time is a concern, Mitchell clearly has Brady‘s trust in the red area, and a spike in snaps could unlock an immense ceiling. Well worth a stash-and-see, with plenty of usability if in a pinch.

For those needing a higher-floor streamer, the timeless classic Anquan Boldin should do the trick. Fresh off a 7 catch, 69 yard, TD day on Thanksgiving, Boldin feels like a lock for 5 catches and 60 yards versus New Orleans; a TD is certainly plausible. If you need a safe 9-12 points, roll with Boldin over the other lower floor, higher ceiling plays.

Once considered an unreliable boom-or-bust guy, Ginn has scored 9+ PPR points in six straight weeks thanks to an active streak of 5 catches and/or a TD. Most recently, Ginn exploded for 4 catches, 115 yards, and a TD on 10 targets, flashing the ceiling we know and love. Now that he has a semi-reliable floor, Ginn is a surprisingly appealing flex play.

Obviously team need and situation dictate your individual rankings, but here’s a list of “all-things-equal” rankings.