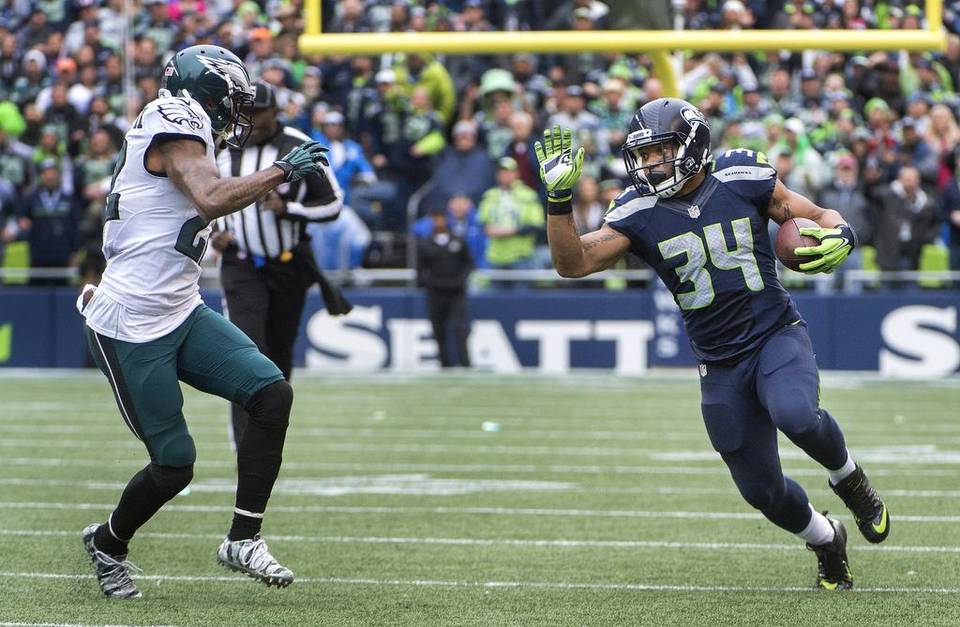 See who to start or sit this week.

See who we’re buying and selling for Week 12. If you have any specific start/sit questions, shoot us a tweet @RotoStreetJ. Good luck!

The Panthers allow over 17 fantasy points per game to opposing quarterbacks and Derek Carr has looked outstanding almost all year. A top-ten fantasy option this season, Carr has dominated, averaging two touchdowns a game and we’ve seen how much Carolina’s secondary has fallen off after the loss of Josh Norman. It also helps that All-Pro linebacker Luke Kuechly has been ruled out.

The Giants are facing the Browns and Eli has multi-touchdown games in three straight contests. Expect Manning to pick apart the Cleveland secondary and possibly look a little bit like his brother, Peyton.

On the sit list last week, Andy Dalton hasn’t been performing as of late as he’s thrown more interceptions in the past three weeks than touchdowns. Sadly, another tough matchup is coming his way on Sunday, on the road in Baltimore. The Ravens allow 12 points to opposing quarterbacks at home this season and with Dalton’s recent struggles — plus the loss of A.J. Green — I’d look for better options.

If you read these sit starts you know I don’t like Carson Palmer this year, and as we’ve seen he just can’t produce the big numbers consistently anymore. Palmer has been responsible for 5 turnovers in the past two weeks alone and even though they’re facing off against an awful Atlanta secondary, David Johnson will continue to be the workhorse he is this week, leaving Palmer owners on the back burner.

We all know how much the Seahawks love Thomas Rawls and this is the week that will determine if he can be the bell cow that Marshawn Lynch was in the past. Seattle is traveling to Tampa Bay to face a rush defense that allows over 22 fantasy points per game to running backs. If you stashed Rawls, this is a ‘must play week’ for him without the likes of C.J. Prosise or Christine Michael in that backfield.

Rashad Jennings is finally looking like the feature back they told us he was prior to the start of the season, and has seen 18 touches per game in the last two contests. Finally healthy, Jennings should feast against a Browns defense that has allowed 8 touchdowns on the ground in the last 5 weeks.

The Bears only option come Sunday is Jordan Howard. Jay Cutler, Alshon Jeffery, and Zach Miller are all out, so with Matt Barkley under center, Tennessee — who has only allowed 87 rushing yards to running backs in the past two weeks — should stack the box. Howard is a tough start at RB1 or RB2 but still a possible flex due to amount of carries and targets he might see.

Two straight trash weeks for Isaiah Crowell — with 15 points and 33 rushing yards total — have left Crowell owners frustrated. He’s been flat-out struggling, and without a consistent pass attack in Cleveland, he’s been easy to stop. I’d sit him this week against a Giants defense that is ranked in the top half of the league this year against the run.

Just like last week, Rob Gronkowski is likely to miss another week with his chest injury, making Julian Edelman the main target once again. With both of his touchdowns this season coming in New England’s last three games, and the Patriots facing off against a terrible Jets defense, expect Edelman to have a field day. Seriously, he’s been targeted 26 times in the past two games, which is insane!

If history repeats itself on Sunday, Michael Crabtree and Amari Cooper should dismantle the Carolina Panthers secondary. Carolina has held wide receivers out of the end-zone only three times all year — all versus the hapless Broncos, Vikings and Chiefs passing attacks. Expect big things from the trio of Carr, Coop, and Crabtree this week.

Tyrell Williams can lead your team in the postseason with great future matchups against Tampa Bay, Carolina, and Oakland, but on Sunday, he’s hard to make a case for. The Chargers are traveling to Houston to go up against a Texans team that has only allowed one touchdown at home all year. Williams will be fine in the future but Week 12 is not his week.

Brandon Marshall has been a detriment to fantasy teams so far this year and if you own him, I’m sorry but this week, it’s not getting better. The Jets are going up against a New England team that has been steam-rolling just about everyone this year and with the constant changes and terrible quarterback play, Marshall, and Marshall owners, have drawn the short stick so far this season.

On my sit list last week, Ertz caught his first touchdown of the season against a tough Seattle defense. This week he’s playing the Green Bay Packers and everyone who watches football knows that their defense is atrocious. If you have anyone playing against the Pack you’re probably starting them.

One of my favorites this year, C.J. Fiedorowicz has been a great PPR option since week 4, and he’s coming off a 10-target game which is a career high for him. C.J. has been a security blanket for the bad Brock Osweiler and has seen the end zone just as many times this year as DeAndre Hopkins.

Cameron Brate is coming off of his worst fantasy performance of the year last week and has another tough game ahead of him this Sunday against the Seahawks. Seattle has only allowed 2 touchdowns this year to the tight end position and with Doug Martin back and the resurgence of Cecil Shorts, Brate looks to be fighting for targets as he only saw 3 last week.

Austin Hooper has started to quiet down after playing a couple tough matchups, and this week he’s going up against the Cardinals. Arizona only allows 5 fantasy points per game on average to the tight end position, and with Hooper sharing time with Levine Toilolo, neither look to be reliable options.