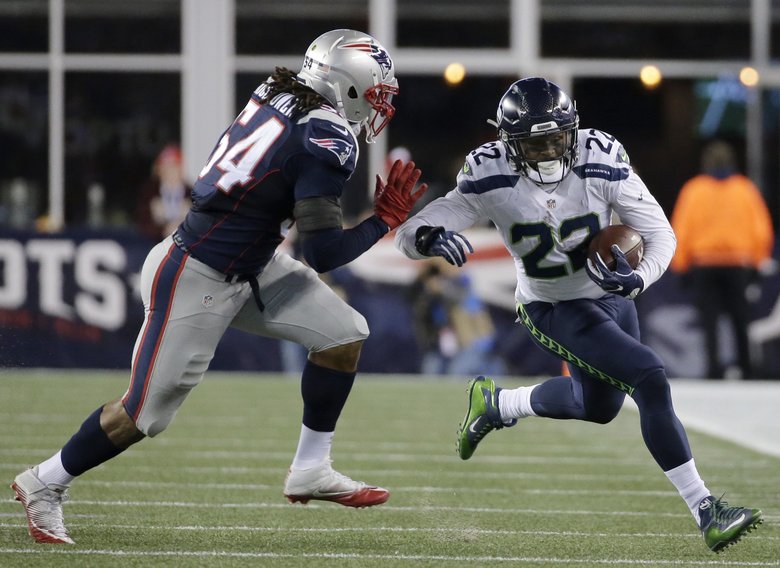 We’re heading into another fantasy week, time to analyze the data and provide the best starts and sits of the week. One things for sure, I shouldn’t have to tell you to play Marcus Mariota anymore!

Tyrod Taylor has been on a roll lately, and if you look at his numbers, it hasn’t been in the passing game. Taylor has thrown 4 touchdowns total in the last four weeks but adding his legs into the mix, you have the dynamic quarterback we all expected to get this season. Tyrod has averaged a little less than 50 rushing yards per game in his last four outings and has a rushing touchdown in three straight games heading into Cincinnati. The Bengals have been horrendous this year against opposing quarterbacks, handing over an average of 19 fantasy points per game. With Taylor’s hot hand — or should we say feet — he’s a lock coming off of the Week 10 bye.

7 touchdowns in the last two weeks for Eli Manning while playing at home, and he has another home game on Sunday against the struggling Chicago Bears. The Eli Manning- Odell Beckham Jr. connection has been in full swing after the Giants Week 8 bye, hooking up for 3 touchdowns in that two game span. Also, the Bears secondary just got torched for 312 and 2 touchdowns on the road last week. Chicago traveling back-to -back weeks and the Giants staying put for a rare, third straight home game could mean big things for Eli if he can limit his interceptions.

Andy Dalton has been dealing with a throwing shoulder injury that has limited him in practice this week. Coming up against a rested Bills secondary that has been struggling as of late, I expect them to tighten things up coming off of their bye week. The Bills only allow on average 15 fantasy points to opposing quarterbacks so with this, and Dalton coming off an injury, it’s hard not to look at other options for Sunday.

Coming off of a hot week, Joe Flacco may be on the radar for plug-n-play hopefuls this Sunday, but that was against the Browns, and this is against the Cowboys. Now don’t get me wrong, you can pass on the Cowboys, but Joe Flacco has disappeared on the road this season, averaging 11 fantasy points per contest away from home with his lowest being a 5 point contest against an awful Jets secondary. My trust in Flacco on the road in general, is very little.

Colin Kapernick seems to be catching his stride as the dual-threat quarterback that we came to know back in his prime years. Last week he carried the ball 10 times for a total of 55 yards and a touchdown and with the resent struggles that have been facing the Patriots’ defensive front, Kaepernick may be able to duplicate some of those numbers this weekend. New England is coughing up an average of 17 fantasy points per contest to rivaling quarterbacks and I’m sure the passing volume will be there for Colin — going up against the high scoring Patriot offense with shootout potential.

Russell Wilson has looked healthy and because of that, the passing game has ramped up in Seattle — making C.J. Prosise a legitimate PPR option. Last week he hauled in 7 receptions for 87 yards, so I expect Prosise to get a good amount of targets this week — even with Thomas Rawls returning from injury. We’ll have to see how this backfield shapes up because as of now, C.J. has earned a spot on the field, but we do know now how tunnel visioned the Seattle Seahawks are on Rawls.

Slowing down from his hot start at the beginning of the season, Isaiah Crowell has been waiting on another weak defensive front to punish and this could be his week. The Steelers are giving up on average 27 fantasy points per contest to opposing running backs and with Crowell averaging 4.6 yards per carry this season — even with his struggles as of late — we could see another explosion from the third year back on Sunday. I believe Crowell is an easy flex play this week at home.

What happened to Terrance West? His carries are still up as he had 21 last week but the level of production has all but ceased. In his last three contests, West has been held scoreless and is averaging a little over 2 yards per carry. Going up against a Dallas team this weekend that only allowed 57 yards and a touchdown on the ground to Le’Veon Bell, I can’t expect much from West. Last time I checked those two aren’t even in the same category.

We’re just making this a weekly thing. Three in a row when it comes to Todd Gurley being on the sit list and those past two weeks haven’t turned out so well. Gurley had 64 yards on the ground last week and 1 reception for 8 yards. As someone who was supposed to be a top-three fantasy back, it’s becoming almost painful to start him. This week should be much of the same. The Dolphins defense has looked decent as of late and with a rookie quarterback in Jared Goff starting his first game, Miami should stack the box and force Goff to make something happen. I’m sorry Gurley owners, as a Eddie Lacy owner last year, I understand the hurt.

With the addition of Christine Michael in Green Bay, this could turn into a split backfield over time. However, this week James Starks looks to be the feature back and the matchup is perfect for him. The Packers are traveling to Washington to play a Redskins team that has given up 4 touchdowns on the ground in the past 3 weeks. If Green Bay can stay ahead in this game, Starks could be a dominant back in Week 11. Also, we can’t forget Starks’ pass catching ability, as he caught a touchdown last week.

It’s sad that we’re to the point that I have to tell you to start Julian Edelman, but that’s where we are this year. Edelman has only got in the end zone once all year, and although he has seen the targets, it seems secondaries are aware of the shifty receiver. However, the 49ers have given up 15 scores to opposing wide outs so far this season, and without Rob Gronkowski, Edelman should see an uptick in the target category.

126 yards and 3 touchdowns in the last two contests for Rishard Matthews. If you’ve been reading these sit/starts every week, you already know how much I like Marcus Mariota, and it looks like the chemistry with Matthews is starting to show. Matthews has been a stud as of late and heading to Indianapolis for a AFC South death match should result in a close, and hopefully high scoring game.

You may think a matchup against Jacksonville sounds sweet, but the Jaguars have been quietly good against the pass. In the past two weeks, the Jaguars haven’t given up 10 receptions or 100 yards to an opposing receiver. Matthew Stafford has been great, but Jones hasn’t seen the targets and has been unable to to catch Stafford’s eye since Golden Tate woke up. As someone who has Jones in two leagues, I hope I’m wrong!

I’m pretty sure everyone is done with DeAndre Hopkins, and if you follow the page, you know every reason why. Brock Osweiler sucks. The Texans are going up against a trash Raiders secondary, but even with a choice matchup, Hopkins isn’t worth the risk anymore, as he hasn’t gone over 50 yards in each of  the last three games. The struggle is real for Hopkins owners and without a capable quarterback, I can’t foresee a change in his production any time soon.

With Alshon Jeffery‘s suspension, Cameron Meredith should see some work this weekend in New York against the Giants. Although my trust in Jay Cutler is close to none, Meredith has proven he’s a solid receiver this season — but mostly with Brian Hoyer. Now we just have to wait to see if he can produce with Cutler under center. Meredith is available in 45% of Yahoo fantasy leagues and is worth a stash as they have matchups versus the 49ers and Lions coming up while Jeffery is suspended.

No Rob Gronkowski? No problem for Martellus Bennett, as he went for 7 receptions for over 100 yards last week when Gronkowski was banged up. With Gronk unlikely to return this week, the Patriots are heading to San Francisco to take on the 49ers and honestly I don’t have to say much else, but if you want me to, Tom Brady is the quarterback.

Just like Meredith, Zach Miller will see a couple more targets with the absence of Alshon Jeffery. But unlike Meredith, Miller has already seen great success this year with Jay Cutler. The Giants defense allows an average of 12 fantasy points per game to opposing tight ends, and Miller could be the security blanket Cutler needs heading into New York.

Zach Ertz is having a year of the nagging hamstring, as he has been limited throughout the season. The matchup isn’t right for Ertz on Sunday, as he’s going up against a Seahawks team this is really starting to catch their stride. Let’s face it, Carson Wentz has looked like a rookie and that’s perfectly fine, but Wentz and the poor matchup have Ertz warming up the bench this weekend.

It’s tough to sit Kyle Rudolph. He’s been a legitimate tight end option all year and is currently ranked 7th in PPR leagues. This week, however, the Vikings are facing off against the best defense in the league against tight ends. The Arizona Cardinals have been outstanding against the position and haven’t allowed a tight end touchdown all year. Feel comfortable to start your TE2.