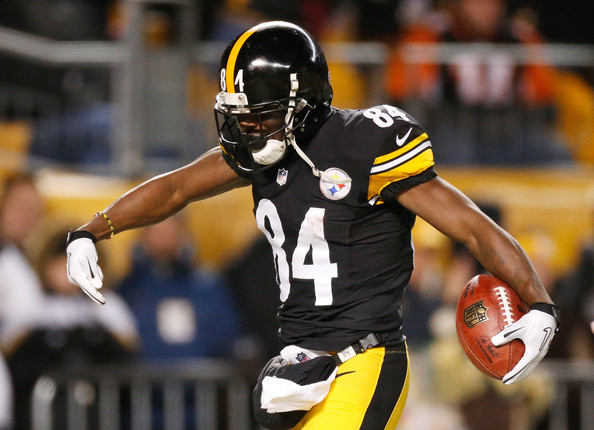 With a couple of important teams on bye week, we'll help you fill out your WR3/ FLEX spot.

Week 11 is here, and so is crunch time. Many of us are in win-or-go-home mode, while others are fighting for the ever important Playoff Bye.  Make sure you’re rolling out the right guys with The Wolf’s PPR Rankings.

2) Odell Beckham Jr (NYG) vs. CHI – This is the Odell we know and love. And now he gets the easiest matchup for wideouts… insert major wet drops here.

8) Allen Robinson (JAC) @ DET – After topping 7 catches and scoring in two straight, Allen has reentered the fantasy circle of trust. New OC Nathaniel Hackett is making something work over there.

11) Kelvin Benjamin (CAR) vs. NO – Somehow, the Saints only surrender the 18th most points to WRs… seems fluky. But Benjamin hasn’t shown that elite form from Weeks 1 and 2 in forever.

14) Amari Cooper (OAK) vs. HOU –  The overall shittiness of Brock Osweiler has overshadowed Houston’s ability to lock down WRs. They rank 30th in FPs allowed to the position, and Cooper is prone to disappearing acts in the wrong matchups.

15) DeAndre Hopkins (HOU) @ OAK – If ever there was a time for a blow up… Officially bury him if it doesn’t happen here.

18) Stefon Diggs (MIN) vs. ARI – Under new OC Pat Shurmer, Diggs should normally rank in the top 12 on sheer volume alone; however, reports that Patrick Peterson will shadow him all day lessen his Week 11 appeal.

20) Julian Edelman (NE) @ SF – Edelman’s been an afterthought all year, and this game screams LeGarrette Train.

26) Sterling Shepard (NYG) vs. CHI – A TD in two straight since the bye, and now gets the cakiest matchup possible.

30) Kenny Britt (LA) vs. MIA – His chemistry with Jared Goff will be an important storyline to monitor, as Britt’s been a sneaky top-20 guy all year. Real explosion and dud potential in equal measure here.

30) Cameron Meredith (CHI) @ NYG – He could emerge from this contest as a low-end WR1 or a complete afterthought.

34) Pierre Garcon (WAS) vs. GB – Has a great chance to extend his double-digit PPR point streak against a banged up Packers’ secondary.

35) Randall Cobb (GB) @ WAS – Whether it’s the health or Davante Adams, Cobb has been rendered an afterthought here (cue 2 TD blow up day).

42) Will Fuller (HOU) @ OAK – His health obviously needs to be monitored, but if he’s a full go he’ll slide in above Willie Snead. Blow up potential.

Tier 6 – Have you ever seen a man eat his own head?