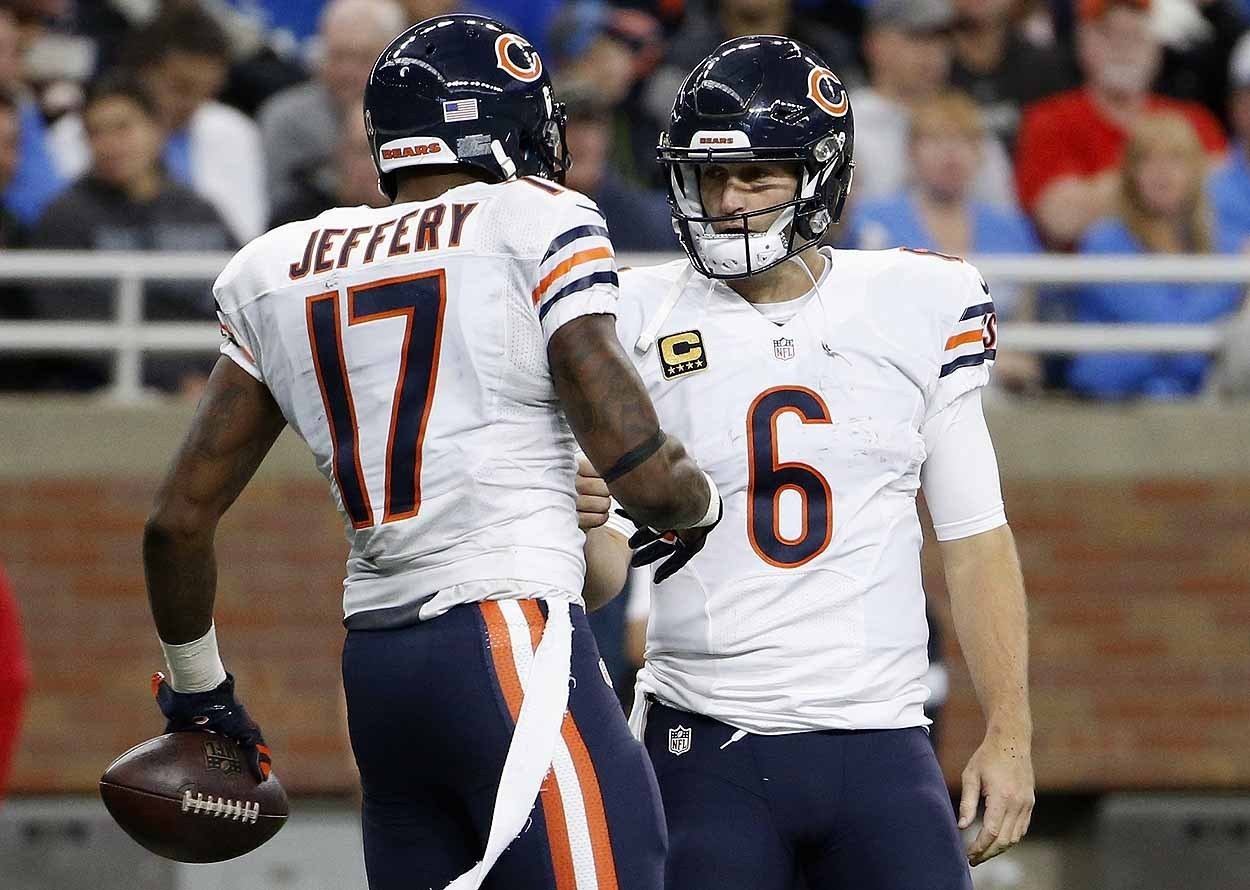 It’s time to finalize our dissection of the matchups heading into Week 10 and give you our best starts and sits of the week! Hit us up on Twitter (@RotoStreetJ) or Facebook to ask us your sit/start questions!

Marcus Mariota has been in my quarterback rotation all year and has been a huge part of peoples success week in and week out. He is averaging 3 touchdowns per game in his last five outings and has been a legit QB1 this season. As we look forward to Sunday, the Titans are staying in Tennessee for a showdown against an inconsistent, and injured Green Bay secondary. With Aaron Rodgers on the other end, this could be a pass happy game for both sides.

Eli Manning is on a roll in his last two home games with a combined 650-plus yards and 7 touchdowns. The Giants are facing off against a Bengals defense that is giving up 19 fantasy points per week on average and in all but one game they have allowed at least 2 total touchdowns to every quarterback they’ve faced. I’m liking the odds that we get a good showing from Eli this week.

Kirk Cousins has been solid in the Redskins past two outings, but with a matchup against Minnesota this weekend, Cousins doesn’t look to be a solid option. Also, with DeSean Jackson already ruled out, Cousins doesn’t have a deep threat to blow that secondary open, so Washington will likely have to chip away… against the Vikings? Good luck! I know this bye week is a hurter, but Cousins isn’t the play here.

The Miami Dolphins have a run game! Jay Ajayi has looked like he’s running at Boise State again and even when Ryan Tannehill has been presented with some great matchups, he’s not getting it done fantasy wise. We’ve heard that Jarvis Landry (shoulder) and Kenny Stills (calf) are dealing with some injuries as well so that also doesn’t help Tannehill’s case. As a matter of fact, Tannehill has only gone over 11 fantasy points once in the Dolphins last 5 games.

Jay Cutler could have one of his good games this weekend against a horrid Buccaneers secondary that surrenders on average 19 fantasy points a week to rivaling quarterbacks. With Andrew Luck, Matthew Stafford, and Derek Carr on the bye, you might need a filler and Cutler’s matchup positions him to be a great option in Week 10. Mike Evans has passed concussion protocol so with him being available, this game could turn into a shoot-out against Jameis Winston‘s Buccaneers.

As mentioned with Ryan Tannehill, Jay Ajayi has looked like an absolute stud since becoming the lead back in Miami. With 529 yards and 4 touchdowns in his last 3 games, nothing has been able to stop the second year back. Conveniently, Miami is traveling to San Diego to face off against a Chargers run defense that has allowed 247 yards and 4 touchdowns in their last 3 contests as well, so Ajayi should be able to run wherever he’d like on Sunday. This will be another easy 100 yard week for the Dolphins’ running back.

As we now know, Darren Sproles is officially the starting back in Philadelphia, and with his big play ability, he’s an easy play this weekend at home. Sproles has been active in the passing game with 8 receptions in the past two weeks and the Falcons are allowing over 25 fantasy points per week to the opposition. Even with Ryan Mathews potentially vulturing carries at the goal-line, the new starting back should still produce some solid RB2 numbers.

On the sit list last week, Todd Gurley has been dealt an unfortunate hand so far this year. With no secondary afraid of Case Keenum, -– for some weird reason -– opposing defenses continue to stack the box and have held Gurley to 3.1 yards per carry. The Jets have been quietly decent this year holding opposing running backs out of the end zone in 5 games already this season, so we’ll see if Gurley can break out of his cocoon in New York and fly like we all thought he would coming into the year.

Doug Martin may make his return Week 10 against the Bears but it will be a challenge for him if he does so. The Bears rush defense is money, and has only given up 1 rushing touchdown in the past 5 weeks, making it hard to predict a good game from a returning Martin. Just be patient on him owners, Martin will carry you through the fantasy playoffs with two New Orleans matchups in Weeks 14 and 16, so there’s no need to rush him in your lineup just yet!

Chris Ivory finally saw a fair share of touches last week against Kansas City and produced with his first 100 yard game since week 14 last season. Ivory should be able to produce again this week coming into an important AFC South contest versus the division leading Houston Texans who have allowed the sixth most rushing yards to opposing backfields. We know Ivory is capable, he just has to see the touches and we’ll just have to see if he actually gets them.

Jay Cutler‘s back, do I need to say anything else? With Jay back at quarterback, the forced passes to Alshon Jeffery picked up right where they left off as he saw 9 targets and hauled in 4 receptions for 62 yards and a touchdown against a great Minnesota secondary. This week, the Bears are traveling to Tampa to play a very generous Buccaneers secondary that on average is allowing 39 fantasy points to opposing wide receivers per week. If Cutler forces another 9 targets into Jeffery this week, he could have a monster game.

With the inconsistency at the quarterback position in Houston it’s been hard for DeAndre Hopkin owners so far this year, but something has to give. We all know how great Hopkins is and from what we saw last year  (with enough targets) he has the talent to be a top-10 fantasy wide receiver. He’s only put up 3 touchdowns so far this season, but against a Jaguars secondary that has surrendered 4 touchdowns in the last 3 weeks to opposing wideouts, this should be the week Hopkins gets his fourth. DeAndre Hopkins and Brock Osweiler really need to work on their chemistry if they want to remain on top in the AFC South and we all know that mediocre division up for grabs.

The Saints are at home this week, but going up against Denver makes it hard to trust Willie Snead, who looks to have officially lost his WR2 slot to a rookie of the year candidate, Michael Thomas. Teams have had the most success this season against Denver with the run game, so I wouldn’t be surprised if the Saints go more run heavy than usual, leaving Snead with even less production. Denver has only given up 2 touchdowns to opposing wide receivers all season, so fantasy owners should leave Snead riding the pine this weekend.

Travis Benjamin has been dealing with injuries over the past couple weeks and with the emergence of Tyrell Williams –- who looks to be the main wide receiving target in San Diego –- it’s hard to expect anything from Benjamin until he is fully healthy. They have a great matchup as the Dolphins have allowed 6 touchdowns to opposing wide outs in the last 5 games, but Williams is the play here at the position, not Benjamin.

I used Kenny Britt as a plug-n-play last weekend as he’s available in 45% of Yahoo fantasy leagues, and I’ll have to use him again thanks to another bye week hurter for my team. However, this weekend the matchup is something to look forward to. The Jets secondary has been lackluster to say the least and hasn’t been able to stop much of anything through the air all season. We’ll have to see how the game flow turns out, but as I mentioned with Todd Gurley, New York’s box will most likely be stacked and could cause Case Keenum to throw the ball more than the Rams would like.

The Miami Dolphins allow a little over 9 fantasy points per game to opposing tight ends this season, but when they face a legit tight end option they’ve given up 190 yards and 2 touchdowns. I’m sure the Chargers are glad they let Antonio Gates get healthy because he’s looked like a beast so far since his return. In the last two weeks he’s had over 4 receptions and a touchdown in both games. With the trust Philip Rivers has in the veteran tight end – especially in the red zone – Gates could extend his touchdown streak to 3 games in a row this week at home.

Just like Alshon Jeffery, Zach Miller has seen a resurgence in fantasy production with the return of Jay Cutler and in week 8, Miller went for 7 receptions for 88 yards against a stout Minnesota defense. Thankfully for Miller owners, this week he’s going up against an average Tampa Bay defense that just shipped out 78 yards and two-touchdowns to the Falcons’ tight ends, so with Cutler back and their chemistry Miller could easily see another 5-plus reception week.

Another player is making his second consecutive appearance on the sit list. Julius Thomas is going through a stretch of tough matchups. The Jaguars are going up against a Texans defense that has only given up 1 touchdown all year to opposing tight ends and with Thomas being so touchdown dependent, it’s tough to call him a legit starter in Week 10.

Coming off of one of his best performances of the season, Austin Hooper has been getting more consistent targets as of late with 11 in his past 2 games — which is more than the rest of the season combined. However, this doesn’t look to be a good week for Hooper as he’s going up against a Philly defense that is allowing less than 7 fantasy points per game to rival tight ends. With this being a road game, it’s hard to expect a good game from Hooper and I’d look for other options on Sunday.