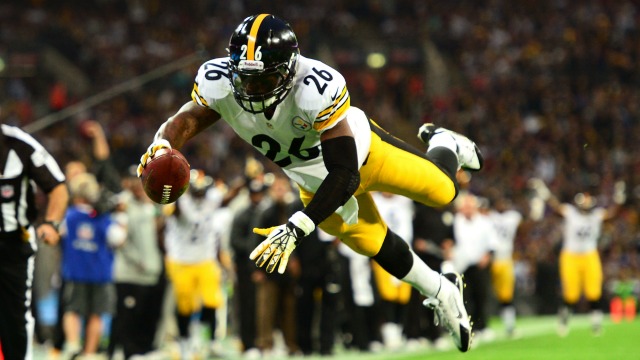 Bye week hell is almost over.

The dark tunnel at the end of the light is getting closer as we hit Week 9.  With playoff seeding very far from locked in yet, a fantasy win is as important as ever. Make sure your lineup is as strong as possible with The Wolf’s Week 9 rankings.

Note – These rankings assume Spencer Ware, who remains in the concussion protocol as of Wednesday, will sit. Charcandrick West and Ware’s rankings will obviously be adjusted as we learn more.

They also assume the Bills are smart and will let LeSean McCoy rest once more before the bye, ideally letting him return to 100% for the remainder of the year. Yes, that’s a huge leap of faith.

UPDATE – DeMarco Murray returned to a full practice, suggesting he’ll regain featured back duties and thus pushing the monstrous Derrick “Steamroller” Henry back into a second fiddle roll. Murray vaults up to #5 with the news, while Henry, still a fair bet for a TD, falls a few spots to #24.

Update – DeMarco returned to a full practice on Thursday, and should be available for a full workload. Normally, he’d be up with the Potential Top Scorers, but the risk of a flare up keeps him slightly lower. He’ll still be a surefire RB1 and an almost guaranteed TD should he last through the game.

18) Duke Johnson (CLE) vs. DAL – Johnson sneakily benefits greatly with McCown under center. His 6 catches for 87 yards last week were no fluke.

THURSDAY – DeMarco is practicing in full again and expected to maintain lead horse duties. This makes Henry a riskier play with far less guaranteed volume, though I still feel he’s a solid bet for a TD.

We finally got our first extended look at Derrick Henry last Thursday, and he looked every bit like the bulldozer we predicted he’d be. The monstrous steamroller is projected to again see some serious work, now against a San Diego Chargers team that surrenders the second post FPs to running backs thanks to giving up the second most rushing TDs in the league. With DeMarco Murray’s consistent injury imp starting to bite again, the wheels are being set in motion on our “Next David Johnson” prediction.

If DeMarco Murray's toe is a factor Sunday in San Diego or flares up, it could mean a… https://t.co/ndEN7bj2sQ pic.twitter.com/ten7Ta9cJt

29) Matt Asiata (MIN) vs. DET – McKinnon has told reporters he expects to play Week 9 versus the Lions; thus, the wild Asiata, after floundering in an unfamiliar “lead role” environment, shall return to it’s more natural state of “vulture.”

34) Aaron Ripkowski (GB) vs. IND – His last name is Ripkowski, and he’s the best bet for a TD out of this backfield. What more does your desperate heart need?