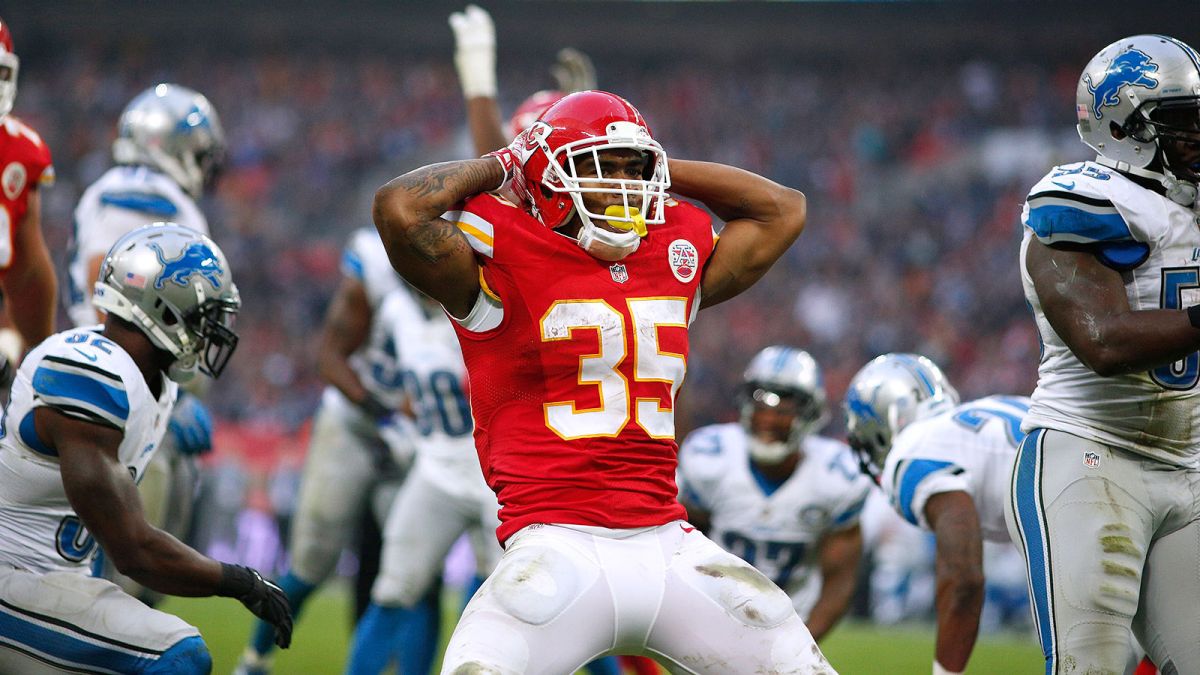 We're here to get you through bye week hell vol. 2.

Holy fucking shit, the Waiver Wire is HORRIBLE this week.  At its best, we’re looking at creatures who’ve emerged from cracks in the road, begging to be saddled up for a quick ride. Maybe a few stashes if you’ve got Tyler Lockett type of garbage to dispose of after last week’s Bye Hell.  Still, we’re talking about 300 “I know of such a goat path” level of varmint shit.

Nonetheless, another journey through a Bye Inferno awaits; just like a divey last call clinger, some of these brutes will be worth milking for all they can offer. Desperation is a stinky cologne, and there’s no reason to be anything but your filthy fantasy self to get a Week 9 win. Hell, check out this island of misfit toys I patched together for a victory this week:

Throw on the gloves and protection, boys. It’s time to get dirty.

Note – PHI RB Darren Sproles played 63 of 81 snaps this week (78%), and remains available in 55%. Even in standard leagues, he’s a must add who needs to be at 100%. Jets WR Quincy Enunwa is somehow still only 45% owned, while Bilal Powell remains just 43% rostered. Please double check your leagues aren’t this moronic.

Buying as RB rentals with benefits

If there’s a silver lining, it’s that these guys are actually available almost everywhere

With Spencer Ware concussed while Jamaal Charles seeks Dr. James Andrew’s dreaded second opinion, Charcandrick West seems set up for the always-valuable Andy Reid featured back role for Week 9. Just remind yourself how he fared in three games as “the guy” last season:

Now, Spencer Ware‘s status has not even become close to determined, so West is tough to throw the kitchen sink at. But if he starts, West should net at least 15 PPR points against a soft Jaguars defense that just got steam rolled for almost 200 rushing yards and 2 TDs versus the Titans. During these bye week crunches, finding a top-10 weekly option off the wire should be considered gold, especially when gaining league standing separation is so vital. Plus, with Jamaal Charles season-long outlook very iffy, West carries significant stash appeal.  He’s the Week 9 Waiver MVP for anyone needing an insta-starter with a side of stashable upside.

Peyton Barber also warrants consideration, but Smith out-snapped Barber 22-3, and netted 5 touches to Barber’s one, suggesting the rookie is a distant #2. Still, Barber has more “featured back” size, and reports could certainly emerge that he’ll see serious work. Monitor this backfield throughout the week, as value will be had in Week 9, and possibly beyond if Martin and Rodgers’ injuries linger.

If I need a starting RB this week, Tim Hightower is a distant third to Charcandrick West and whoever emerges as Tampa Bay’s lead dog. After Sean Payton stated the team remains confident in Mark Ingram, Hightower’s 26 carries for 102 yards feel like fool’s gold. Sure, the long-time plodder has earned some more work:

But as both of those tweets suggest, this will be a full-blown committee. After Hightower got stuffed on 4 carries and 1 reception within the 5 yard line, you’d imagine Ingram will get the valuable looks at the stripe. Still, both could score and produce solid stat lines against a ferociously bad 49ers run defense. Hightower also resembles West as a high-upside handcuff stash. There’s someone you can cut for him.

I can’t believe Derrick Henry even makes the under 50% owned cut. Just as a reminder, this guy will be 2016’s David Johnson.  Last Thursday provided us with our first preview of this monster, and boy was Henry every bit of the bulldozer we remember. With DeMarco Murray‘s inevitable crumbling finally set in motion with a foot injury, Henry should be rostered in 100% of leagues. He’s going to bring countless championships to owners in 2016.

In case you missed the previous eight Waiver Wire Watches, Dion Lewis still drips in RB1 upside. Moreover, his floor became suddenly less cavernous with him returning to practice during Week 8. With the team on bye, Lewis is a fair bet to return in Week 10. Sure, James White has been impressive, but Lewis adds a whole other dimension to this offense, and was top-five in PPR PPG last season. Roster him immediately if he’s out there.

You don’t need me to explain the #1 overall RB upside Williams brings to the table; he’s already shown that emphatically. You just need the reminder that, amidst the negative knee injury news, many people dropped him during Bye Week crunches. Make sure his upside isn’t free for the taking in your league.

When you think of the backs who you’d empty the FAAB bank for, Alfred Morris amidst a Zeke Elliott injury would be towards the top of the list.  While Elliott has been an iron man his entire collegiate career, Morris offers maximum upside if you have the space.

See Morris, Alfred.  Consider Ellington the poor man’s version behind a far weaker line, with his upside buoyed by a creative, “workhorse back” system.

Eric Ebron has caught four balls in every start this season, scoring 15.60, 9.30, 11.90, 8.20 and 14.90 PPR… aka reliable points at a highly unreliable position. Ebron saw 10 targets, which he efficiently turned into 7 catches and 79 yards. He’s a true TE1 amidst such an unsure position, but unfortunately squares off with Minnesota’s difficult defense before a Week 10 bye. Any team with TE troubles should find the bench space and stomach these two weeks for the reliability to come.

You know what turns me on? Massive and athletic tight ends… who play on teams that frequent the red zone…alongside quarterbacks who place the ball where they want it. Those do it for me. Ladarius Green checks all three categories, and then stirs in the extra shot of a Kardashian schedule. He could be useless, hell he might not even touch the field. But this ceiling is certainly worth stashing (as we’ve been saying for weeks now, cough cough)

But what if I need a WR?

Blast some Evanescence, because there’s no saving you from the nothing you’ve become this week. Here goes our best:

Browns WR Corey Coleman (43%) has been cleared to practice fully. Recall, in his last game action, Coleman hauled in 5 balls for 104 yards and 2 TDs. Double check the patience of your league.

Despite being on pace for 1,200 yards, Rams’ Kenny Britt remains owned in only 39% of leagues. The off-game leading into the Bye Week certainly made him expendable, but Britt has shown enough to at least be on benches. Dates with the whorish Panthers and Jets defense certainly increase Britt’s bye week appeal.

I mentioned Patriots’ Chris Hogan (27%) in my Week 6 Waiver Wire Watch, and after a 4 catch, 91 yard, 1 TD day, the following words are more true than ever:

As the big-play threat and #2 WR in an explosive offense, Hogan should keep garnering a few deep looks a game… with the chemistry he and Brady have shown on the long-ball, Hogan should haul in more than he misses. Yes, this gives him a boom-or-bust feel, but he should nab enough short balls to keep him from ever completely disappearing. Plus, if Julian Edelman misses some time — history unfortunately suggests he might — Hogan would suddenly carry a WR1 ceiling. This makes Hogan both a usable flex play and a high upside stash in all leagues.

In sum, while Hogan is best treated as an upside stash, he can bring a huge weekly ceiling to your flex in the right matchup.

Lastly, Josh Gordon is reportedly out of rehab. While he remains unlikely to be reinstated in 2016, he’s worth a “why not” stash on a crappy bench.

Obviously team need and league positioning determine who you can and should be going after. In general, here’s how The Wolf ranks the prospects available in 50% or more leagues.

8. RB DeAngelo Williams (PIT, 44%) *#4 behind Coleman if you don’t need an immediate starter