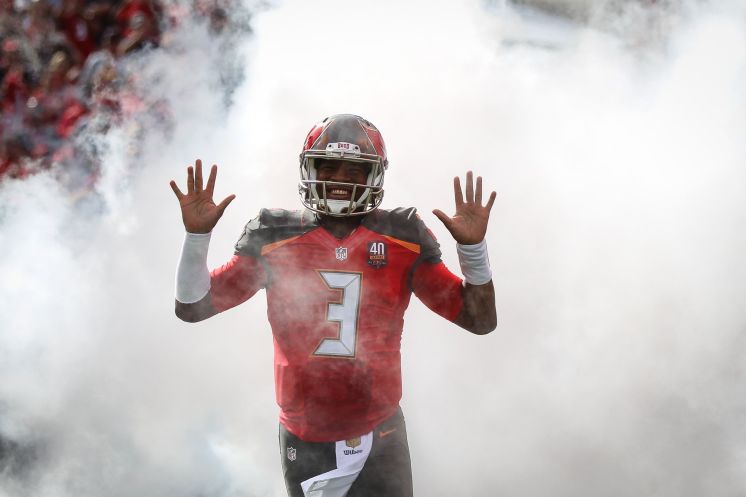 See who we love and who we hate for Week 8. 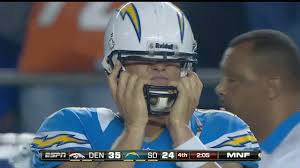 Jameis Winston is going up against a terrible Oakland Raiders defense on Sunday that is allowing a little over 18 fantasy points per game to opposing QBs. Not to mention, Winston is coming off a solid fantasy performance vs another garbage San Francisco defense, so the good times should keep rollin’ for Jameis this weekend, in Tampa Bay.

Matt Ryan is staying home once again this weekend for a showdown against Aaron Rodgers and the Green Bay Packers, and us fantasy owners couldn’t be more excited. Green Bay’s secondary is riddled with injuries and with Rodgers on the other side, there should be quite a bit of points put up on the scoreboard. Which QB will have to keep up with the other?

Traveling to Denver is an automatic sit for just about every quarterback in the league and Rivers — although he’s playing great this year — is no different. When these two teams matched up in Week 6, Rivers pulled out the W at home, but only went for 178 yards and 1 touchdown. I don’t expect much from Rivers at Sports Authority Field on Sunday.

Carson Wentz has struggled to put up double digit fantasy points in the past two weeks and could get rattled this weekend heading into Jerry’s World to face the red hot Cowboys. Unlike the robotic rookie QB on the opposing side, Wentz has recently showed his inexperience. The Cowboys are well-rested coming off a bye and previously held Aaron Rodgers to 11 fantasy points.

Fitzpatrick hasn’t looked good this year, everybody knows that, but with him traveling to Cleveland, this is the best opportunity for him to have a solid fantasy week if you’re looking for a streamer. Available in 72% of Yahoo leagues, Fitzpatrick’s matchup is about as sweet as they come and we’ve heard the news that all signs point to Josh McCown starting for the Browns. With McCown back, expect the two to sling the ball around, elongating the game.

With the Saints’ pitiful defense staring Christine Michael in the face and a new injury seeming to pop up every day for Russell Wilson, there’s almost no way that Michael doesn’t get in the end zone this Sunday. He continues to grind away at defenses averaging 4.2 yards per carry, and should still see a heavy workload this week — even with C.J. Prosise in the lineup. 15-plus carries for Michael this week could mean big things in fantasy terms.

Mr. Consistent, Frank Gore is a top 12 running back in fantasy football right now and has continued his stable production week in and week out. Gore has dropped below 10 fantasy points once this year and coming off a solid performance against Tennessee where his fantasy ceiling went up thanks to his 5 receptions. Gore has been an outstanding security blanket for Andrew Luck, which helps in PPR formats. Indianapolis is staying put to face an average Kansas City rush defense that coughs up an average of 20-plus fantasy points per game to running backs.

Before the bye week, Stewart exploded for 2 touchdowns but that was against the Saints defense. This week he’s facing a much tougher matchup in the Arizona Cardinals. Arizona has blanketed opposing RBs, holding Matt Forte and Christine Michael to a combined  10 fantasy points in the past two weeks. We’d advise you to look elsewhere this week for your RB2/FLEX play.

Crowell continues to reward fantasy owners after another solid week where he put up 63 yards and a touchdown, while also stealing some targets/catches Duke Johnson. However, if there is a strong suit in the Jets defense, it would be their run stopping ability. With the domino effect of Josh McCown getting the start (if he does/what we’ve heard), Crowell could see a slight decrease in touches with a capable gunslinger under center this week.

After Matt Jones lost his second fumble last weekend, Chris Thompson took over the Washington backfield with a total of 19 touches last Sunday against Detroit. With Jones out for Sunday,  expect Thompson to get 15-plus touches in London and be a valuable PPR option.

The Detroit Lions have given up 9 touchdowns to wide receivers this season. Do I have to say anything else? Fuller has looked great when he’s been healthy and with the ability to take a bubble screen or a deep ball to the house at any moment, he’s an easy FLEX play this week against one of the worst secondary’s in football.

Fool me twice Jeremy Maclin and I’ll never start you again — at least until he proves something. Maclin has had two of the best matchups you could possibly ask for in back-to-back weeks — Oakland and New Orleans — and only scored 15 total fantasy points. Maclin has been one of the biggest fantasy disappointments of the year and even with a good matchup this week in Indianapolis, it’s hard to expect anything from him.

With the Chargers heading into Denver — unless you are beyond desperate — I’d sit every single one of the San Diego wideouts. Denver’s secondary has allowed one touchdown all year to opposing receivers and that was way back in Week 1. It’s impossible to predict Tyrell Williams or Travis Benjamin having good games against Aqib Talib or Chris Harris Jr. and you should look elsewhere this week — especially since they were on the injury report throughout the week.

The Browns provide a positive matchup for Quincy Enunwa and the Jets and Enunwa should be able to find the end zone again this week. He hasn’t seen as many targets since the beginning of the year and his previous fantasy week was saved by a 69-yard touchdown pass from Geno Smith, but the matchup is as good as it gets. If you’re in need to start someone, there are definitely worst options then Enunwa.

We all know how horrendous the Saints secondary is, and with Graham’s “homecoming” back to New Orleans, I expect big things from the former New Orleans tight end. After being traded away, revenge will be on Jimmy’s mind and thankfully for him, Russell Wilson loves to look his way. Graham’s coming off a season-high of 10 targets against Arizona and hasn’t dipped below 8 targets in the past four weeks. Jimmy Graham is about as easy as a lock can be at the tight end spot this week.

C.J. Fiedorowicz has an outstanding matchup against a Lions secondary that has allowed a little over 17 fantasy points per week to opposing tight ends. He has also emerged as the No. 1 TE in Houston and has seen 7 or more targets in the Texans past three games. If you’re in a deeper league, Fiedorowicz is available in 90% of Yahoo leagues and is a great plug-n-play option this week vs Detroit.

As mentioned above, this is a hit-or-miss week for the Eagles that solely relies on Wentz’s arm. With Wentz struggling to find his rhythm the past two weeks, we’ve seen that reflect onto Ertz as well. The Philadelphia TE hasn’t found the end zone at all this season and even with a friendly TE matchup at Dallas, Ertz hasn’t been someone fantasy owners can depend on yet.

Sticking in the same game for different reasons, Philly has been solid against the tight end position so far this year, allowing only one touchdown. With Witten yet to find the end zone so far this year, I don’t think this will be the week he does either. Dak Prescott has looked outstanding for a rookie, record breaking in fact, but I’d check the waivers for Fiedorowicz or Jack Doyle this week, if you’re desperate for a TE.