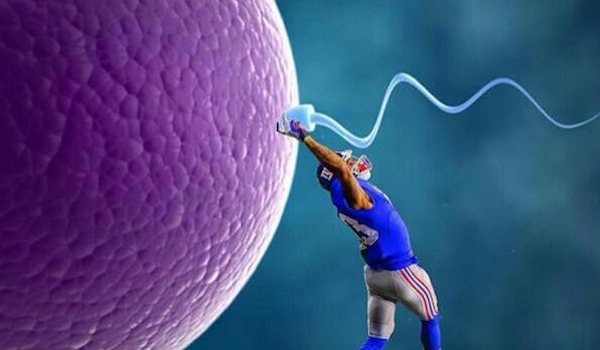 Unlike last week, many “elite” WR talents come with some  juicy matchups

1. Odell Beckham Jr. (NYG) @ LA – If you were to guess what team surrenders the most points to opposing wideouts, how many attempts would it take before nailing the LA Rams? Coming off a vintage 222 yard & 2 TD performance, Odell should keep the good times rolling in his juiciest matchup yet.

5. Brandon Marshall (NYJ) vs. BAL – Against the 4th worst team against WRs, Marshall makes a great DKings stab; most will likely stay away with Geno Smith under center, but Marshall is truly matchup proof.

6. Allen Robinson (JAC) vs. OAK – Against the second most generous team to opposing wideouts, Robinson should finally have his coming out party. If not, the “Panic Button” is appropriate.

The Packers will be without their three top corners on Thursday night, meaning Brian Hoyer could rip 40-50 pass attempts. Meredith gets the nod as Hoyer’s clear favorite target the past two weeks, but Alshon shouldn’t be far behind after returning to health and flashing dominant form last week.

13. Brandin Cooks (NO) @ KC – As predicted, Cooks exploded for 173 yards and a TD immediately after I bashed him. Drew Brees always dips when away from the Superdome, but the Chiefs are surprisingly a bottom-10 defense versus the pass.

18. Jeremy Maclin (KC) vs. NO –  Maclin was unable to milk a juicy matchup with the Raiders last week, but gets another chance versus New Orleans at home in Week 7.  If he still fails to produce, “Panic Button” seems appropriate.

19. Terrelle Pryor (CLE) @ CIN  QUESTIONABLE  – Pryor is dealing with a hamstring strain, which is far from his first injury of this nature. We’ll monitor his practice status all week; as of now, he has not touched the field, making a backup plan very necessary. He’ll vault into the next tier if he’s locked-in and ready to roll.

26. Kenny Britt (LA) vs. NYG – As covered in our Waiver Wire Watch, Britt is for real. He should be a safe bet for another 75+ yard performance in London, ideally continuing his scoring streak as well.

27. Willie Snead (NO) @ KC  – The blonde muskrat has tapered off significantly after a massive Week 1, much in part to Michael Thomas’ emergence. He’s approaching “Panic Button” territory, but is in a solid spot versus KC’s burnable #2 corners.

28.  Mike Wallace (BAL) @ NYJ — The matchup is juicy, but, as covered here, Wallace might have Ryan Mallett slinging the rock. Puke bucket.

29. Golden Tate (DET) vs. WAS – Does a 165 yard, 1 TD performance land you back in the circle of trust? Not quite fully, but Tate’s suddenly startable again for bye week crunches. For what it’s worth, I think he keeps rolling.

30. Ty Montgomery (GB) vs. CHI – With Lacy and Starks set to miss multiple weeks, Montgomery might be the starting running back for the foreseeable future. He received some serious volume in this role last week, hauling in 10 balls on 12 targets, and similar usage is realistic on Thursday night.

31. Allen Hurns (JAC) vs. OAK – The matchup is right. The quarterback is not. Which prevails?

34. Demaryius Thomas and 35. Emmanuel Sanders (DEN) vs. HOU  – Look how far we’ve fallen — Demaryius below Ty Mother Fuckin’ Montgomery. But Trevor Semen is steaming garbage, and the Texans rank behind only Denver and Minnesota against fantasy wideouts — yes, they are even better than Seattle.  Flaccid.

36. Sterling Shepard (NYG) @ LA – The matchup is the ripest in the league, but Shepard is very, very tough to trust right now.

37. Stefon Diggs (MIN) @ PHI  QUESTIONABLE – Ideally you can see his health and roll him out in a less threatening matchup, but Diggs returned to practice if you absolutely need him.

38. Quincy Enunwa (NYJ) vs. BAL – Similar to Shepard, the matchup is juicy, but who knows if Enunwa can milk it; he’s been surprisingly worse without Eric “Pants Anchor” Decker in the lineup. If there’s a ray of hope, Enunwa was Geno Smith’s favorite target in his brief time Monday night.

40. Jamison Crowder (WAS) @ DET –  Detroit’s atrocious secondary has been mentioned at length on here, and Crowder has a real shot at double-digit PPR points. He’ll get a bump up if Jordan Reed is ruled out.

42. Michael Thomas (NO) @ KC – With another showing, Thomas might need to flipflop with Willie Snead on these rankings.

44.   Kendall Wright (TEN) vs. IND – Very interested to see if Wright can keep his Week 7 hot streak rolling, as he has a CAKE schedule for the foreseeable future.

48. Will Fuller (HOU) @ DEN – QUESTIONABLE  – At less than 100% and against the best defense against wideouts, Fuller should be on benches in most situations.