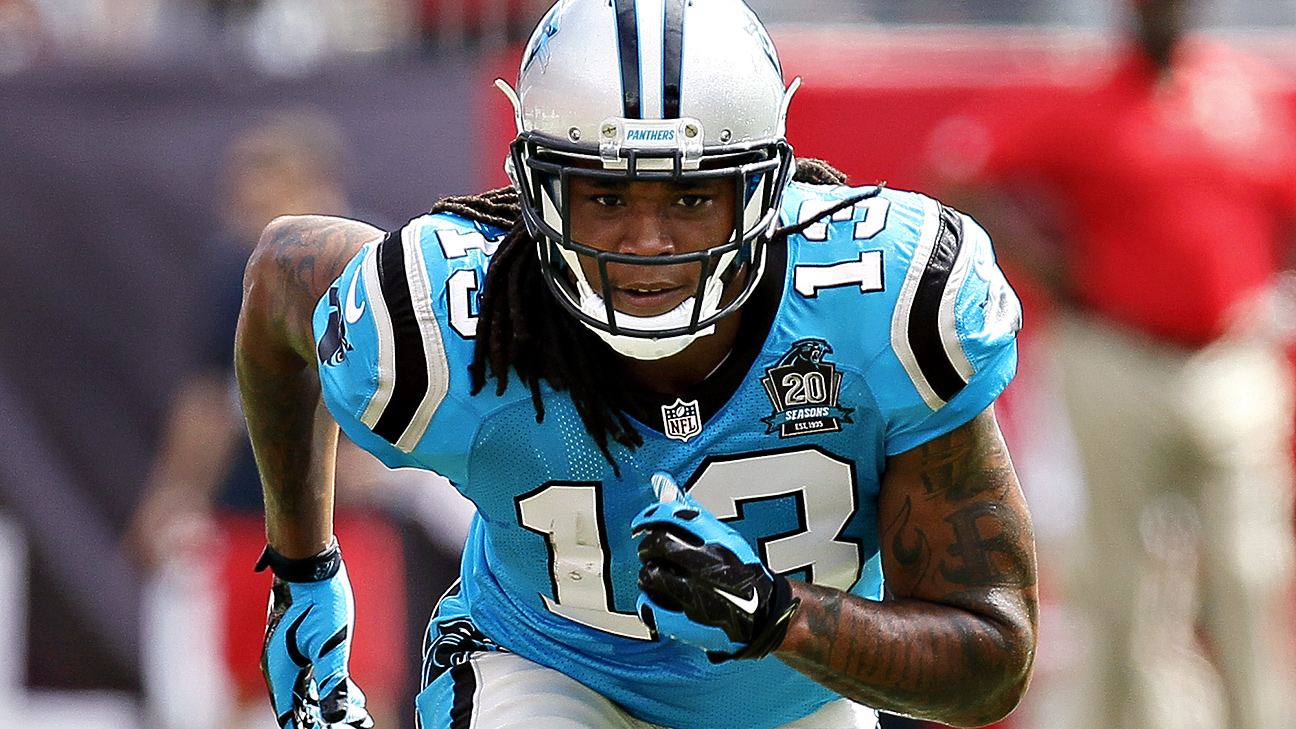 1. Antonio Brown (PIT) @ MIA – The consensus #1 pick is the only top tier option I absolutely love this week. Brown has been consistent as expected, yet we haven’t seen that true 12 catch, 150 yard, 1-2 TD explosion yet. This weekend feels right.

With Odell slumping and tough matchups for usual suspects like Julio Jones (SEA) and AJ Green (NE), this tier is really shaken up

2. Kelvin Benjamin (CAR) vs. NO – He’s facing NOLA. Do you really need any other info?

3. Larry Fitzgerald (ARI) vs. NYJ – Revis or not, the Jets have been routinely torched by opposing #1 WRs. Fitzgerald has been the only consistent and dependable WR out of the desert, and he should be in line for another monster effort.

4. DeAndre Hopkins (HOU) vs. IND – Here’s a “panic button” game for Hopkins; if he duds it up against this soft secondary (granted, a Vontae Davis blanket would hurt), then Hopkins needs to be treated as a WR2 from here on out.

6. Odell Beckham Jr. (NYG) vs. BAL – Baltimore is weakest against WRs, but Eli Manning is just so bad right now.

8. Marvin Jones (DET) vs. LA – A few subpar efforts have everyone forgetting who the NFL leader in yardage is. Jones should get back on track against a highly mediocre LA secondary.

10. A.J. Green (CIN) @ NE – Green’s disappearing acts may be in full effect against a Belichick defense that’ll be geared towards neutralizing him.

12. Julio Jones (ATL) @ SEA – Last week was a reminder that Jones can indeed be eliminated by an elite defense. I’m nervous that happens again here. Doug Baldwin will score more FPs in this one.

15. Brandon Marshall (NYJ) @ ARI – Similar to Julio and AJ, Marshall drops down with a tough date against the stifling Patrick Peterson.

18. Michael Crabtree (OAK) vs. KC – Crabtree has been feasting against team’s #2 corners, and hasn’t dipped below 13 PPR points a single time. He needs to be treated like a high-end WR2.

19. Emmanuel Sanders and 20. Demaryius Thomas (DEN) @ SD – I still can’t figure out who’s the #1 guy here. Sanders gets the nod this week because he’ll draw by far the weaker coverage and presents more “explosion game” upside.

Randall Cobb will see some time at RB and is listed as the #2 option with James Starks ruled out. An increase in touches will only help Cobb as he keeps getting his season back on track.

23. Brandin Cooks (NO) vs. CAR – He’s been slumping hard, and, outside of Julio Jones, Carolina has shut down opposing WRs consistently.

27. Mike Wallace (BAL) @ NYG – This ranking assumes Steve Smith sits. The Giants have surrendered the 4th most points to opposing WRs, and early reports / past history suggest new OC Marty Mornhinweg to open up the downfield attack. We could get a massive Wallace day behind a motivated Joe Flacco and Baltimore Ravens squad.

The drop offs are pretty steep this week. Normally this is “sexy flexy’s,” but no one past #29 is achieving any movement downstairs.

29. Cameron Meredith (CHI) vs. JAC – After Meredith’s 9 catch, 130 yard, TD effort, I’m very intrigued to see how Meredith looks in his second full game of action. He could establish himself as a legitimate WR2 from here on out with another beastly effort.

30. DeSean Jackson (WAS) vs. PHI – Perhaps the “Revenge Game” mentality is still lingering? Unfortunately, this is the second best team at stifling the WRs.

31. Tavon Austin (LA) @ DET – As indicated by his 10 touches last week, the team is making a concerted effort to get their expensive WR the ball.  With similar usage, Austin should be able to do far more damage against a Detroit Lions defense that surrenders the 8th most points to fantasy WRs. This could be one of those explosion weeks for the gadget player.

32. Jeremy Kerley (SF) @ BUF – He’s posted back-to-back 20+ point games against tougher opponents, so Kerley has to be on your starting radar. The only real concern is his rapport with new starter Kaepernick, as Kerley would’ve been considered an upside WR3 if his boy Gabbert were under center.

41. Eddie Royal (CHI) vs. JAC – Another week of outproducing Alshon might flip Eddie into his spot. Something tells me

42. Davante Adams (GB) vs. DAL – Double digit PPR points every week outside of the Minnesota hall pass… definitely can toss him in if desperate.

43.  Tyler Lockett (SEA) vs. ATL – Here’s where Lockett proves he’s not completely droppable (for the record, I’ve cut him anywhere he was rostered).

49.  Breshad Perriman and 50.  Aiken (BAL) @ NYG – Here’s some deep sleepers who will likely be available in your league and bring some upside to your flex if desperate. Perriman is the bigger bet for an explosive play.