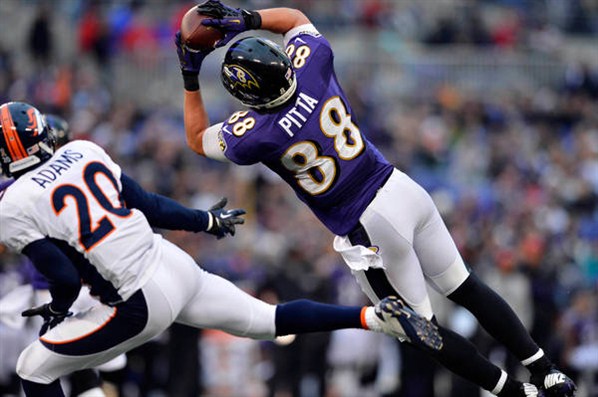 An injury nuke was dropped onto the Rotosphere in Week 2, sending countless fantasy football owners scrambling for cover.  Thankfully, The Wolf has your back. Last week, we helped Keenan Allen owners find shelter, squeezing double digits out of five of the 10 recommended wideouts. Mike Wallace, a RSJ favorite since summertime, notched 2 TDs and has now scored 19.20 and 20.1 points to begin 2016. His ceiling should no longer be sneaky, yet he’s still out there in 41% of joke leagues. Fix this.

Previously under 5% owned,  San Diego’s Tyrell Williams (now owned in 49%) showed some chemistry with Phillip Rivers while hauling in 3 balls for 61 yards and a TD. Make sure he’s not lingering in your league. Even more promising, Jets slot man Quincy Enunwa was again highly active, and his role comes with solid usage in a high-powered attack. Even better, he’s out there in 90% of Yahoo leagues; PPR enthusiasts should be digging in.

After revisiting these wideouts, we turn our attention to RBs. The position got absolutely crushed this week, with Danny Woodhead’s season cut devastatingly short to an ACL tear and Adrian Peterson set to miss a chunk of time to a meniscus tear. Unlike last week’s WRs, not many plug-and-play RB band aids exist; hopefully you drafted for depth at the position. Nonetheless, there are a few immediate beneficiaries who aren’t all that sexy, but will see some volume if you’re in a pinch:

If you’re desperate for a starter at RB…

Make sure Isaiah Crowell isn’t available. I know, this seems absurd, but he’s out there in 39% of Yahoo leagues when that number should be 0%.

Same goes for Tevin Coleman (57% owned), who yielded his second PPR outing of over 15 points. He’s definitely earned starting consideration, and should not be on a waiver anywhere, in any league size or scoring format. He’s looking like the preferred third down back, and his 16 touches was just one away from Devonta Freeman’s 17.

Lastly,  Lions back Theo Riddick (61% owned) and Seattle’s Christine Michael  (59% owned) need to be rostered universally. This is especially true for Michael in light of Thomas Rawls’ leg injury.

If any of these backs are lingering, they are well worth 30% or more of your budget.

If you own Melvin Gordon, congratulations. You’ve secured yourself a true RB1 from here on out.

No one else’s value gets as high of a boost, but Minnesota’s Jerick McKinnon (22% owned) is slated to pick up 65% of the backfield work (goal line not included) for whenever Adrian Peterson is sidelined. Problem is, this work comes behind a line which provided minimal running room for “All – Day,” owner of a healthy 1.6 YPC before injury. I don’t suddenly expect McKinnon to blow open worlds, despite his freakish athleticism. He still remains the highest upside option of this bunch in the off-chance the line starts to click and Peterson misses a real chunk of time. Yet, unless I’m in desperate need, I’m saving my FAAB load for another week.

In the least surprising development of 2016, Arian “Groin Tug” Foster is already shelved. Early tea leaves hint at a short absence, yet it’s discouraging the veteran back couldn’t make it through a whole two contests. The wholly unimpressive Jay Ajayi (27% owned) is likely to get the first crack at this job, but he has a very short leash and the team might hate him on a personal level.

Meanwhile, Fozzy Whitaker (5% owned) racked up 100 yards on just 16 carries (6.3 YPC average) while adding 31 yards on two catches as well. Cameron Artis-Payne was inactive, however, and a similar featured role is no guarantee. Plus, the stripe will always be Cam Newton‘s.

A creature named Kenneth Farrow comes crawling out of no where into the backfield picture of San Diego. UDFA have exploded before, so he remains worth a watch-list addition for now.

I don’t have am immediate backfield need, and don’t want that low-owned trash on my roster. Is there something sexier worth stashing?

After deciding that none of this week’s “startable” RB options truly enticed me, I began thinking about what handcuff / stashes I could seem myself splurging on. A few low-owned guys came to mind:

The fifth best RB in PPR points per-game average, Lewis scorched the league with unbelievable shiftiness and underrated power, before going down with a Week 9 ACL tear… Lewis was a true fantasy RB1 while healthy, scoring above 16 PPR points in five of seven contests (one of the games under he was limited by an abdomen injury, the other was when he tore his ACL), with three 20+ PPR point showings.

I’m smart and already built a stable of backs via the draft. Is there any other talent out there?

Why yes, particularly at TE if you find yourself strapped. Towards the top of Week 2’s free agent wish list is Baltimore’s Dennis Pitta, who doubled up the next closest WR (in Baltimore) with 12 targets — ultimately turning in 9 catches for 109 yards. He’s a TE1 for his remaining games, and makes sense as an expensive acquisition ($15-$20) if you’re hurting at TE. Pitta offers far more fantasy intrigue to me than McKinnon,

We then drop off from a TE1 option to high-end TE2s, but the options are aplenty. In addition to Pitta, three other waiver dwelling TEs netted 15+ points. Oakland’s Clive Walford (17% owned) is my personal favorite, who’s Week 2 line of 6 catches, 50 yards, and 1 TD (17 PPR points) certainly feels repeatable in this explosive attack. He’s a solid TD bet each and every week with his size, athleticism and the system he plays in.

Jordan Cameron (16% owned) caught five balls for 49 yards and a TD, a strong 15.9 PPR pts. This offense may need to chuck 35+ times every week, and Adam Gase has long involved his TEs in the passing game — particularly in the red zone. There’s many mouths to feed in Miami, but Cameron should get a red zone look in more contests than not.

If I asked you who 2016’s #2 PPR tight end was through two weeks, how long would it take you to guess Atlanta’s Jacob Tamme? He seems so unappealing, yet he’s gotten 8 targets in both contests this year, including a 5 catch, 75 yard, 1 TD effort in Week 2. Tamme’s worth a gander if the other options don’t entice you.