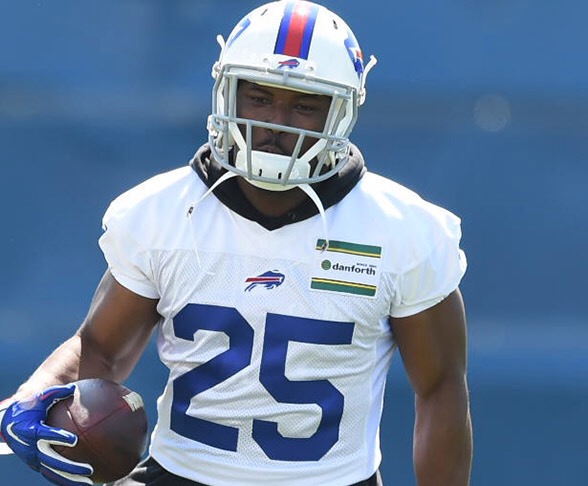 Admittedly, I was far too low on Lesean McCoy in my initial “Stream of Gut” 2016 Fantasy Football PPR Rankings. After an injury-riddled 2015 in which McCoy lacked the explosion and shiftiness that made him so special in Philadelphia, plus some offseason drama at night clubs and minor ankle ailments in OTAs, Shady was down as my RB16 and overall #35.

My faith, however, has been restored. Reason #1? Weight loss.

#Bills RB LeSean McCoy said he's around 210 lbs, lightest he's been in years. "I've got a lot to prove this year." pic.twitter.com/douyJ633lH

For a back that relies on changing direction and outrunning defenders, shedding excess weight is crucial.  Moreover, this underscores that Shady recognizes 2015 was subpar on his end, and is highly motivated to show better in 2016. In speaking with Buffalobills.com, McCoy stated:

“Last year is in the past, I got a lot of injuries, which I never really do, and it kind of started in camp and it lingered on the whole year…I look at last year as being up and down as far as health goes. I lost a lot of one-on-one battles and I’m more known for that. So on my end I’ve got to do a lot better job of making plays.

But I feel fine. I’m in good shape, I feel good…The goal is to just get me healthy for the season. That’s the main thing so I can be the player that I was brought here to be…I went back to that old Rocky mentality. All the training in Arizona, going here, going there; I went back to my hometown, Harrisburg, put all the Bentleys and Rolls-Royces away and got to work.

I’m probably 211(pounds) right now. That’s probably the lightest I’ve been since my second year in the league. I’ve got lots to prove this year, a lot of people doubting me, doubting this team, this offense. I’m big into answering a lot of doubters…The sky is the limit.”

A return to the form that led to some monstrous seasons in Philly is major news.  McCoy fought through an injury plagued season in 2012, where he was similarly reduced to 12 games at less than 100%. The next offseason, McCoy focused on shedding pounds and regaining his burst. The results? 2,146 total yards, 9 total TDs, and 52 catches (320 PPR points, tops in the league).

Now, those types of numbers aren’t necessarily the expectation…yet, they aren’t quite impossible either. Karlos Williams’ offseason from hell has erased any potential vulture and timeshare concerns, at least for the season’s first four weeks. McCoy, who has a 20 total TD season under his belt, performs well at the stripe and now has a shot at reclaiming this role for the 2016 season with a strong early season showing.

If he becomes the main goal line back, McCoy would present as one of only a handful of true every down, red zone, reception machine backs in the league (David Johnson, Ezekiel Elliott, Lamar Miller, and Le’Veon Bell profile as the only other backs in this mold). With this type of role, in Greg Roman’s historically run-heavy scheme, McCoy is slated for among the highest workloads in the league. Despite McCoy’s lackluster 2015, the Bills ranked first in rushing output and second in attempts, and Shady has a far greater chance at a much larger slice of delicious volume pie in 2016.

At the heels of his improved shape and this assured volume amidst such an unsure position, McCoy has received a major bump. He now sits as my RB9 in my “Middling RB1” tier, and has leaped up to #21 Overall in my Big Board. He makes a fantastic Round 2 RB target if you invested at wideout in Round 1.