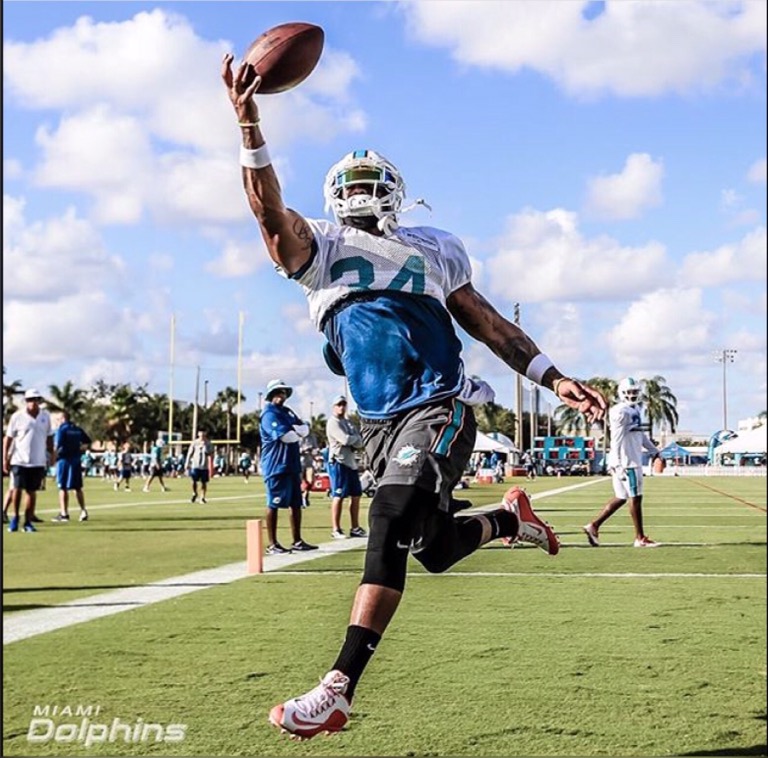 Arian Foster, currently sporting a consensus ADP price tag of #89 overall in PPR leagues and #97 in standard (RB38), is shaping up as a fantasy football must-own. The ceiling to cost ratio is completely imbalanced, and even if these prices rise a round or two, Foster offers enormous upside anywhere in the 6th and beyond.

Although yesterday’s news of Foster beginning camp on the PUP list drew concerns and eye rolls in equal measure, any doubt should be erased after he reportedly “annihilated” his physical and impressively returned to the practice field today:

This is crucial for a number of reasons. His recovery and return to form after Achilles surgery was no guarantee, yet players with limitations don’t typically “annihilate” their physicals.  Additionally, there’s a real chance Foster’s abysmal 2015 rushing  performances (2.6 YPC average) were largely due to health and lingering effects of his groin surgery. Yes, at age 30, Foster may have lost a step after some serious workloads; if he regains some juice now back to 100%, Foster’s in line for some steady RB2 production whenever he touches the field, and the ceiling for far greater exists.

Talent-wise, a healthy Foster is among the most fluid runners, with elite patience and vision in his reads. He seems to just glide, and is truly a treat to watch. Moreover, the long time Texan is the consummate do-it-all “workhorse.” His all around game, specifically his route running and receiving ability, has already been praised on numerous occassions by new head coach Adam Gase. Upon signing Foster, Gase made the following remarks:

“I just think it adds great competition to that group. I really like his skill set. I’ve been an admirer of his for I don’t know how long he’s been playing. It just feels like forever. A great opportunity for us, him still being out there. We had been in conversations with him for a while. We had brought him in on a visit and we had a really good talk and just kind of allowed him to get healthy and work to get back. It’ll be interesting when we get him out there and just to see how he kind of fits in…

On his route running, Gase said: “I’ve always been a fan of how he does things. He’s the type of guy that he can run his route tree similar to what a wide receiver’s is. When we worked him out, I put him in a couple of spots just to see how that looked and he runs about as smooth as any running back that I’ve ever seen. I’ll be interested to see how far we can grow the running back position with him.”

Foster himself has said, “I still feel like I’m a Pro Bowl-caliber player, and I intend to show it.” Though positive comments are expected, I never mind a motivated and confident player, particularly someone with such historic excellence as Arian Foster.
These type of comments can’t be taken lightly, as Gase’s offensive scheme is very kind to RBs. Gas loves to feature do-it-all backs in featured roles. When discussing his run-game philosophies, Gase noted:

So what you’re saying is your fully against committees? My kind of guy.

This type of volume and varied usage has helped backs like Knowshon Moreno and C.J. Anderson in Denver, as well as Jeremy Langford and Matt Forte in Chicago, achieve RB1 status. From that list, only Matt Forte rivals a healthy Foster as a runner and receiver. In his first practice, he flashed these skills with a one hand grab:

(Side note – how fresh does he look in the Dolphins colors?)

After the team had previously been endorsing Jay Ajayi as “the guy” all offseason, Foster’s exact opportunity / usage in Miami initially appeared to be the most glaring question mark.  Since the signing, however, all the chatter about Foster’s role has done nothing but improve his fantasy outlook. After the Miami Herald labeled him as “the favorite to start,” Foster worked with the first team offense throughout his first day of camp:

Foster Hype 🚞 full steam ahead… and I'm aboard. #FantasyFootball https://t.co/Y1vYAEeviz

Plus, the team features strong surrounding talent; Jarvis Landry and DeVante Parker form a dangerous duo at wideout, while Miami’s line should rank among the top-half in the league with health and the addition of first round mauler Laremy Tunsil. Foster is among the most dangerous backs at the stripe, as any previous owner who revels in his bows would know. He should have a fair share off red-zone capping chances in this offense.

To summarize — an ultimate three down threat is annihilating physicals en route to the starting role in a scheme that features workhorses. And he’s available in Rounds 8 and 9? Yes, please, thank you.

I know Foster is going to miss time. That’s why investing in the entire backfield, and locking up Ajayi too as his price plummets, is the best course of action. Whoever’s starting will yield weekly RB2 numbers in Gase’s offense, and a revitalized Foster offers an RB1 ceiling.  When all’s said and done, Foster soars up to my RB22 (updated cheat sheet here) and #61 overall (updated Big Board here), with the potential for a further boost if he keeps showing well. This remains one of the most important backfields to track all summer.