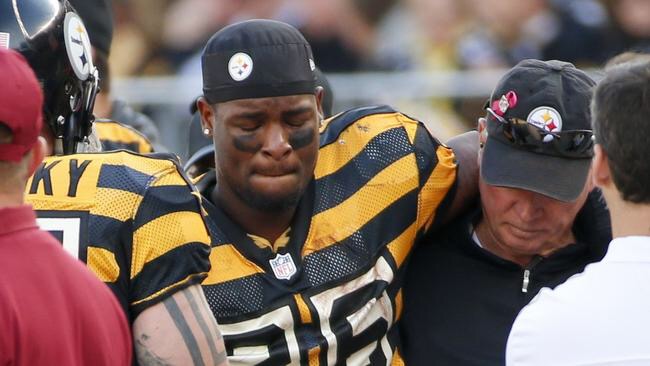 A bomb has been dropped on the Rotosphere.

As reported earlier, Le’Veon Bell faces a four game suspension for a missed drug test. Really, our #1 ranked fantasy back couldn’t just find some clean pee and show up?

Obviously, Bell’s value takes a dip, albeit not an overly aggressive one. I’ll release an updated RB Cheat Sheet shortly, but the premier multi-threat workhorse still belongs in the first round conversation. Bell will likely slot in as my No. 4 PPR back behind only David Johnson, Ezekiel Elliott and Todd Gurley. On an overall Big Board, he’ll likely fall in the 9-10 range; I’d take those four runners; the big four WRs in Antonio Brown, Odell Beckham, DeAndre Hopkins, and Julio Jones, and maybe Rob Gronkowski or Allen Robinson ahead of Le’Veon, and that’s it. In standard leagues, Bell should fall a little further, below Adrian Peterson and perhaps a few other high TD-upside wideouts liked Dez Bryant or A.J. Green. Nonetheless, he’s the rare do-it-all bell cow in an explosive offense, and a near lock for 18-plus PPR points per game among a scarce scoring source. Moreover, if you’re looking for a silver lining, the four weeks off will ensure he’s fully recovered and not rushing back from his MCL and PCL surgery.

Yes, you’ll have to annoyingly burn a mid round pick on DeAngelo Williams. The fact he’s a high-end RB1 in Bell’s absence should soften the blow. In his 9 full-game starts (he got hurt Week 17 against Cleveland), Williams ran for 793 yards and 11 TDs, while snagging 33 catches for an additional 307 yards. This amounted to 209 PPR points, enough for a No. 8 fantasy finish among RBs in just over a half season. His 23.22 PPR points per-start bested all runners, including Le’Veon’s 18.5. Hypothetically, if Bell were to miss the whole year, Williams would be in the first round conversation. This scheme and the explosive surrounding talent create a fantasy points factory.

Speaking of fantasy points…Antonio Brown is going to do some dirty, dirty things this year. He was already our stone cold, no brainer first overall selection, and this news only further cements his status as the PPR Almighty:

Though he was already going to feast, the serving will be that much heftier. The offense was already Brown-centric, but he’ll have a real shot at establishing himself as option 1, 2, and 3 in Bell’s absence. He could honestly average 15 catches in those games, and will single handedly carry owners to a 4-0 start. A 150 catch, 2,000 yard season is even more realistic now.

To summarize, the Pittsburgh backfield is still a fantasy goldmine, and well worth the first and mid-round picks it takes to secure Le’Veon Bell and DeAngelo Williams. Meanwhile, Antonio Brown’s ceiling is somehow on the rise, and if you pass him up at No. 1 overall in any format, please invite me to your league.