Fantasy Addict 101: How to Make Anything Into A Draft 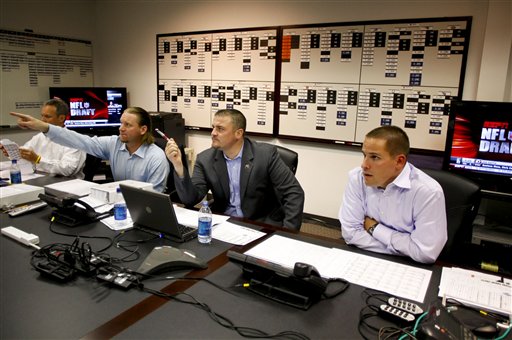 Crawling through the NFL Offseason? Make it a little more bearable by turning your daily life into a fantasy draft.

We all love drafting.

Tirelessly scouting out talent. Picking out top late round sleepers and hearing the groans from your rival league mates. Laughing hysterically at Sailor J as he continues to invest in Jay Cutler as his QB1 and still aimlessly justifies a ton of untapped potential.

Then, when the season finally hits, you get to watch the points rain down on that first glorious Red Zone Sunday and all your obsessive leg work is justified.

Really, it’s just a form of gambling we have more control over.

No, we aren’t on the field and capable of swinging if The Seahawks will cover 11.5 points against the  hapless 49ers. But we can understand the important predictive factors to fantasy success and whether or not Doug Baldwin’s epic late 2015 was a fluke, or a sign of things to come.

Indeed, fantasy football preparation, and draft day in particular, are glorious. When else can you get housed with  11 of your high school buddies, many of whom you only see 1 or 2 times a year, and rip their souls to shreds for spending $15 on a kicker in your auction (those Nardella’s really know how to draft)?

The only problem? These moments really only happen throughout August, maybe early September. That’s 11 other months of untapped drafting potential.

My friends and I are so addicted, we can turn anything into a scoring system and consequent draft.

The possibilities are truly endless, and I’ve explored most.

So what if WNBA and PBA Bowling drafts consume my Sundays now? We all have our own ways of crawling to the offseason finish line that is NFL RedZone’s Countdown.

If you’re addiction runs similarly rampant, then keep it posted on The RSJ throughout this offseason. We’ll be releasing scoring systems on buzzing reality TV, events, you name it as we inch closer to NFL Kickoff.

In fact, in honor of the beautiful union between 420 and Watchathon week (Comcast = 5 star service now), we’ll shortly be releasing our greatest scoring system to date:

Submit your own scoring system / draft ideas over to thewolf@rotostreetjournal.com ; most clever scoring systems will be posted. #DraftLife