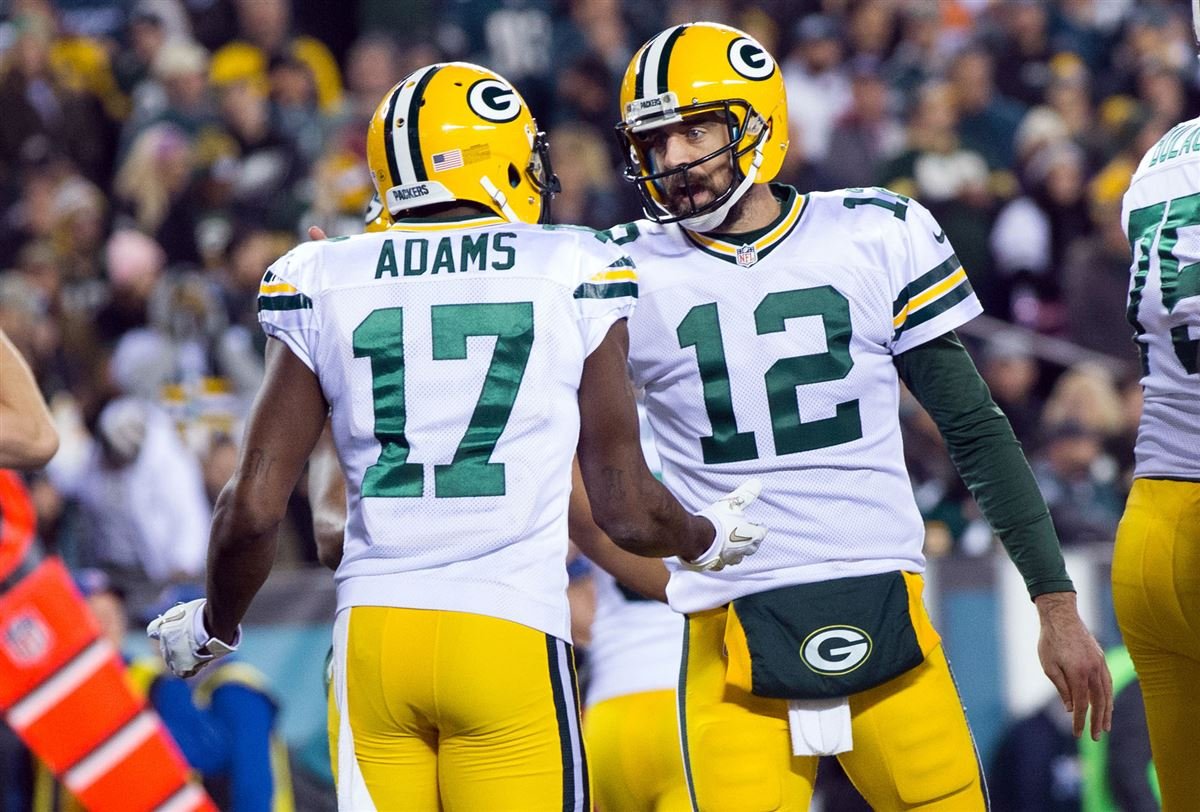 Aaron Rodgers is back and the Packers offense will be firing on all cylinders this season.

An old familiar pass catching face was replaced with a big new one. A platoon of three backs looks to sort itself out, and the team just really wishes that their all-pro QB stays healthy to give them a shot at another championship.

The injury to Rodgers last year was crippling despite the fact that he came back late in the year for a game. He missed a huge chunk of time after starting out of the gate so hot. When Rodgers is healthy, he’s dominating fantasy leagues and raising the play of everyone else around him. The team struggled so much with Brett Hundley at the helm, so the return of Rodgers will do wonders for the team.

This Packers backfield will be tough to decipher to start the year. We know that Jamaal Williams will be the starter for Week 1 and he ran okay for the team when given lead back duties. His YPC left some room for improvement, but he showed he can handle the workload and convert down at the goal line. Most people seem to have forgotten about TY Montgomery who we were so high on majority of last year’s preseason and he just flat out couldn’t get the job done. Injuries hurt him, but he just didn’t fit the mold of a workhorse back. I think he will still have a role for Green Bay, but it’s hard to see him as a fantasy difference maker. That leaves Aaron Jones who arguably has the most talent of the three. Unfortunately, Jones is suspended to start the year which will push his draft stock down. We believe that once Jones returns, his skill should eventually beat out Williams for the starting gig making him a value pick in the middle rounds. As long as you build a stable early on, you can wait for Jones to return and bolster that depth.

The loss of Jordy Nelson is going to look very strange for the Packers moving forward, but will allow others to step up in his place. Davante Adams seemingly overtook Nelson as the WR1 last year scoring double digit touchdowns for the second consecutive year. He recorded triple digit targets, asserting himself as the target hog on the team. History has shown that WR1’s in Aaron Rodgers-led offenses fare extremely well which has Adams so high up our rankings. The only question mark would be his concussion history would could keep him out some time if it were to occur again.

Former standout Randall Cobb should be thrust back into the spotlight with Nelson’s departure. Cobb can be that secondary guy sliding into the slot. He has the prior history and connection with Rodgers already established, but he’s not likely to hit triple digit targets like he has in the past. Cobb has been rated pretty low by most sites, but he has some sneaky upside in what’s likely to be a high scoring offense. This allows penny stock Geronimo Allison to enter our radar. He has had a breakout game or two at desperate times for the offense. You aren’t going to draft him this year, but feel free to watch one him as Rodgers can do almost anything throwing the football.

The big move this offseason was bringing in Graham to fill the TE void. Now we all know the common retort when it comes to GB TE’s and it’s that Rodgers has never really produced a quality fantasy TE. Well, lets just say he’s never quite had a guy like Graham. He’s sure to be a red zone monster for the team, and the two have already hooked up for a touchdown in preseason action. Rodgers has the ability to extend plays and buy time for his weapons, and with this mammoth patrolling the field I think the two are going to get along together quite well.

The Packers check in at ninth overall per PFF. They have two outstanding tackles in David Bakhtiari, and Bryan Bulaga. Those two are elite pass blocking tackles which is essential to keeping Rodgers healthy and on the field. The interior is good enough to keep them this high, but if they can take decent steps forward then this line could make a serious impact.