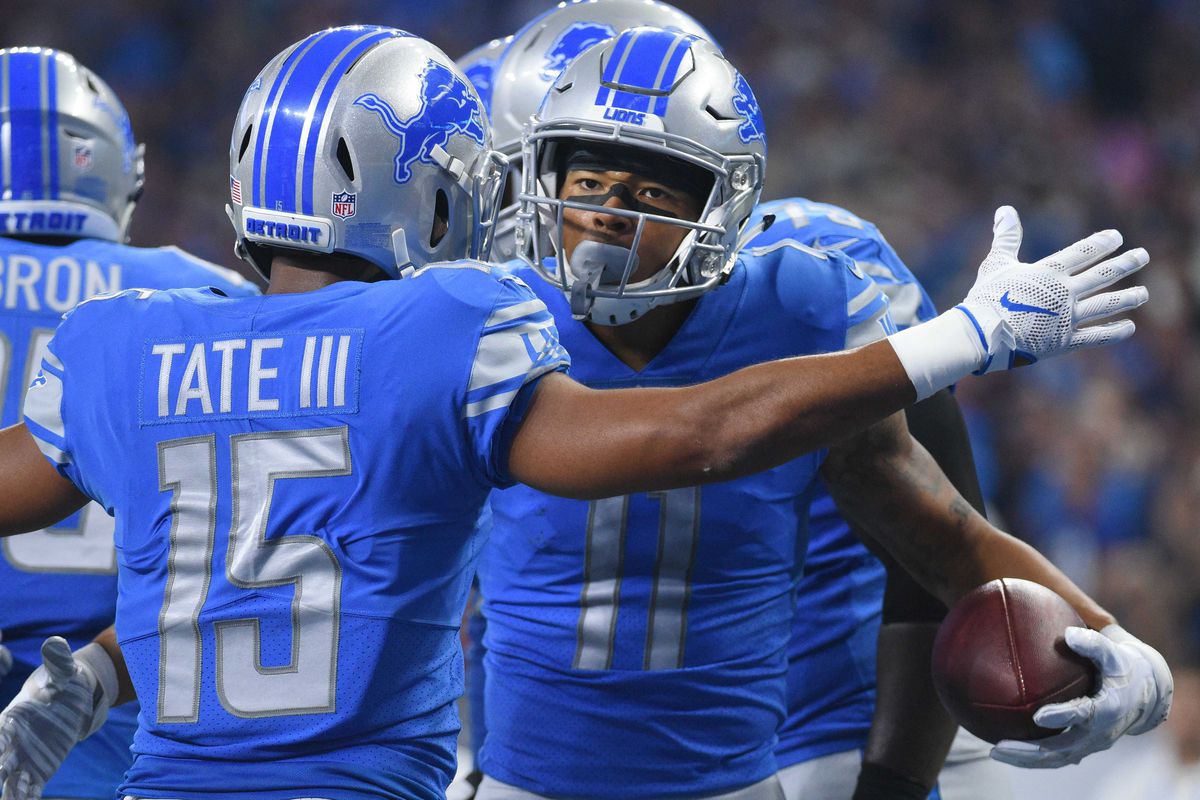 Will the Lions finally have a 1,000 yard rusher this season?

Detroit finds itself with a super cramped backfield, but a mainstay at QB that’s throwing to one of the best wide receiver duos in the entire league. You know what you’re getting from the passing game here, but there are endless questions about what will happen in this RB stable.

Lions QB Matthew Stafford has thrown for over 4,000 yards for seven straight years now. He’s not a very sexy fantasy option, but he fits into that Philip Rivers mold where you are going to get continued success at a much discounted price. He’s got an extremely talented receiving core to work with and is going to continue to throw the ball at a ridiculous pace. He’s a solid investment with low cost.

I think this very well might be the ugliest RB committee in all of the NFL. It was bad enough last year in this backfield, but then they went and signed another bruising back and drafted a promising rookie on top of that. Auburn rookie Kerryon Johnson figures to be the apple to fantasy owner’s eye. I’m very concerned though about the usage or lack thereof he will get. He could wind up being a “between the 20’s guy” seriously limiting his ceiling. The biggest threat to Johnson’s production will be the hulking LeGarrette Blount that signed from Philadelphia.

Blount has shown his ability to be a goal line force as he recorded a crazy 18 touchdowns in New England back in 2016. He took a backseat in the Eagles’ offense last year, but back under former Patriots coach Matt Patricia, Blount is likely to play a big role in the offense, especially in the red zone.

If there is a longshot to focus on, it’s Theo Riddick, the pass catching specialist. All these bodies are going to hurt the number of touches he could get, but he proved to be serviceable in PPR. You should only use him if extremely desperate in obscure circumstances.

One of the better receiving duos in the league comes from Detroit’s Golden Tate and Marvin Jones. Both are extremely reliable receivers, and have recorded over 100 targets in every season as a member of the Lions. Me personally, I love receivers with high target numbers, so seeing both of these guys able to garner that much attention is quite impressive. Tate has been the more favorable of the two in terms of targets, receptions and yardage in Detroit, while Jones ripped off an impressive nine touchdowns in 2017. These are both guys I’d be more than comfortable rostering this season, as the aerial assault is likely to continue in 2018.

Don’t forget about last year’s preseason darling Kenny Golladay. The tall receiver snagged touchdown after touchdown in the preseason and showed off serious red zone potential. It didn’t carry into the regular season, but it’s a name to monitor on the free agent market if his regular season play catches up to his preseason. He’s also been playing over Golden Tate in two receiver sets which is something to keep an eye on.

Willson was in the shadow of Jimmy Graham in Seattle, and now departs to Detroit after Eric Ebron went and signed with the Colts. Willson was never a standout guy or put up reasonable stats during his tenure, and Ebron’s numbers in Detroit weren’t very good either. He doesn’t really bring anything to the fantasy table.

The Lions have a very good offensive line. They have gotten much better this offseason clocking in at #8 overall per PFF. Detroit bolstered the right side signing both TJ Lang and Rick Wagner, and on top of that drafted arguably the top center of the rookie class in Frank Ragnow. Throw in a healthy Taylor Decker and Stafford is going to have plenty of time to sling the ball downfield.