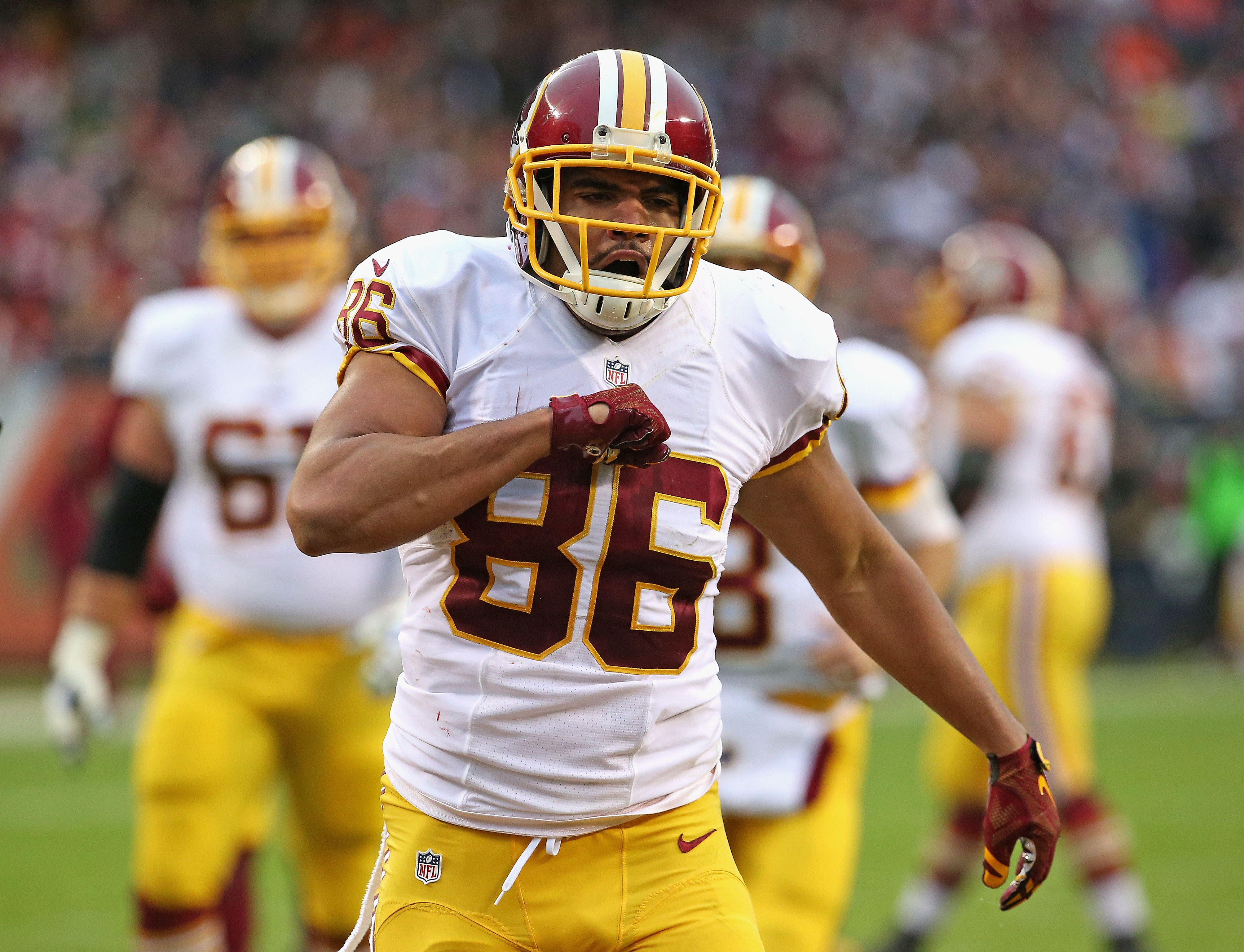 A torn ACL threw a wrench into this offense, but will Jordan Reed be able to stay healthy and be a No. 1 target?

There are a handful of new faces in Washington to dissect, but the biggest question for the Redskins offense will always be “Can Jordan Reed stay healthy”. The loss of a promising rookie back set this team back drastically, but hopefully Alex Smith has the tools necessary to move the ball through the air.

He might be the least sexy option for fantasy football, but QB Alex Smith actually turned heads when it came to his performance last year in Kansas City. He was a top 10 QB in a high powered offense that would dink and dunk their way to the end zone with the occasional Tyreek Hill bomb mixed in.

However, Smith finds himself surrounded with a significantly less talented crew now in Washington. He also will no longer be operating under the Matt Nagy offensive scheme, but when Kirk Cousins was in DC he was slinging the rock quite often. Smith feels like a guy who will go undrafted but should be monitored for potential free agency.

Nothing like a torn ACL to throw this backfield into the dumpster and start this over from scratch. Derrius Guice was primed for a big season in Washington before tearing his ACL in the preseason opener. Now the next option up would be third down stud Chris Thompson, only he hasn’t fully healed from his broken leg and won’t be completely ready until partially into the season. I think when he’s fully healthy, he’ll be a force to reckon with so owners who draft him need to exercise patience.

Until then, the team will use a committee of grotesqueness consisting of Rob Kelley, Semaje Pernie and newly signed Adrian Peterson. All gross. Peterson might be worth drafting late because why else would they bring him into the fold if he didn’t plan on playing? Monitor this backfield in the next preseason game.

The Redskins had serious potential last year in the receiving game but didn’t capitalize on people’s expectations. Jamison Crowder returns after totaling 103 targets and should be in work for another high target season. I’d bet that him and Alex Smith will have a very nice chemistry together on short and intermediate crossing routes. Other receivers Josh Doctson and Paul Richardson possess late round potential fitting into our “penny stock” category. Doctson has shown moments of brilliantness here and there with some spectacular touchdown grabs. He’s a red zone threat, but really needs to do better converting on his targets (78 targets, 35 receptions). Richardson was good for a big play here and there during his time in Seattle. He seems like someone Smith can go chuck it up to deep and hope he gets past the secondary.

This is fantasy football’s most frustrating tight end. Jordan Reed is one of the most talented tight ends in the league, but just cannot stay on the field due to numerous injuries. Last season Reed appeared in six games catching only 27 balls. He’s only had one full season in 2015, which happens to be the year he exploded for 87-952-11 which shows if he can stay healthy he’s going to be a beast. The only issue is that he simply can’t. He recently had a procedure to remove bones in his toe and supposedly feels great. I want to be so out on Reed, but I just can’t. I just want him more and more now.

The Redskins offensive line ranks in the top half of the league coming in at #12 by ProFootballFocus. They were plagued by injuries last year which really hurt how the running game could have helped. Left tackle Trent Williams is a mainstay of the line and their most skilled/important guy. There’s a huge responsibility for this line to produce, especially with rookie Derrius Guice coming into the fold.