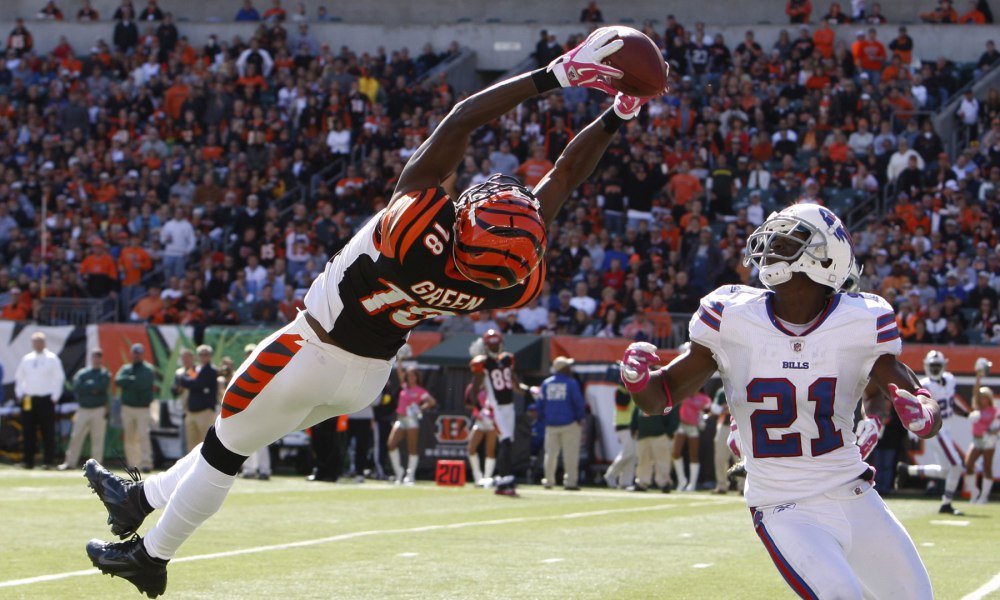 The 'Red Rifle' needs to get it together for this offense to thrive under OC Bill Lazor.

This offense was super promising last season with all the new additions from the draft. They fell flat on their face however, and will look to pick the pieces back up in 2018. We know what we’re going to get from AJ Green, but the big question marks will come from RB Joe Mixon and the return of TE Tyler Eifert.

Oh Andy. The Red Rifle ginger himself is pretty much the definition of a mediocre QB. He doesn’t make the needle move, and after four straight 10 win seasons has lead his team to six and then seven wins in 2016 and 2017. His passing yardage was almost career low last year despite still throwing 25 touchdowns somehow. There are just so many better options than Dalton, please look elsewhere.

Last season’s rookie Joe Mixon would properly be labeled as a bust for someone who generally was drafted around rounds 3-5. He appears to be going closer to rounds two or three this year which scares me a little because of the fact he did close to nothing in 2017. He reached 100 yards rushing only once and just couldn’t pull away from Gio Bernard. I wasn’t sure I’d want any stock in Mixon this year, until I saw the Bengals opening drive in their first preseason game. They marched down the field, and Mixon had a sweet play resulting in a long touchdown — where he lined up out-wide. He flashed his talents, and hope that maybe Bill Lazor just needed more time to get his offense intact.

The lone bright spot of this offense, all-pro receiver AJ Green just continues to get it done year in and year out. A 75-1,078-8 stat line is pretty impressive considering how terrible this team was in 2017. For as consistent as he’s been, what’s crazy is that he’s been going usually early to mid-second round in drafts. This guy has been a perennial first round pick for years and now he’s slipping and I would gladly pounce all over him.

There’s second year speedster John Ross looking to finally get on the field. How will his game translate to the NFL? Will his speed really be a lethal weapon? He’s a penny stock to watch especially with the recent release of Brandon LaFell. That should open up more targets for Ross and he can play that vertical threat for Dalton to throw deep.

Tyler Eifert was a monster in 2016, and we all had high hopes for 2017. He ended up being super soft and missed pretty much the entire year, opening the door for a creature named Tyler Kroft to walk in. The Wolf astutely spotted the creature and pointed out his value before a 6-68-2 explosion in his first start. Now that Eifert is back, we’re hoping he returns as that red zone beast who so badly wants to be Gronk. Unfortunately, Kroft will likely still be lurking around, and we’re not so sure how fast Eifert will hit the ground running.

The Bengals offensive line is HORRIBLE. Last season it was a joke watching them blow rush after rush where Andy Dalton would just have no time whatsoever to throw the ball. It was really sad. They come in ranked 26th, thanks to the additions of Cordy Glenn at LT and drafting C Billy Price in the first round. There’s really only one direction this o-line can move in, and that’s up.