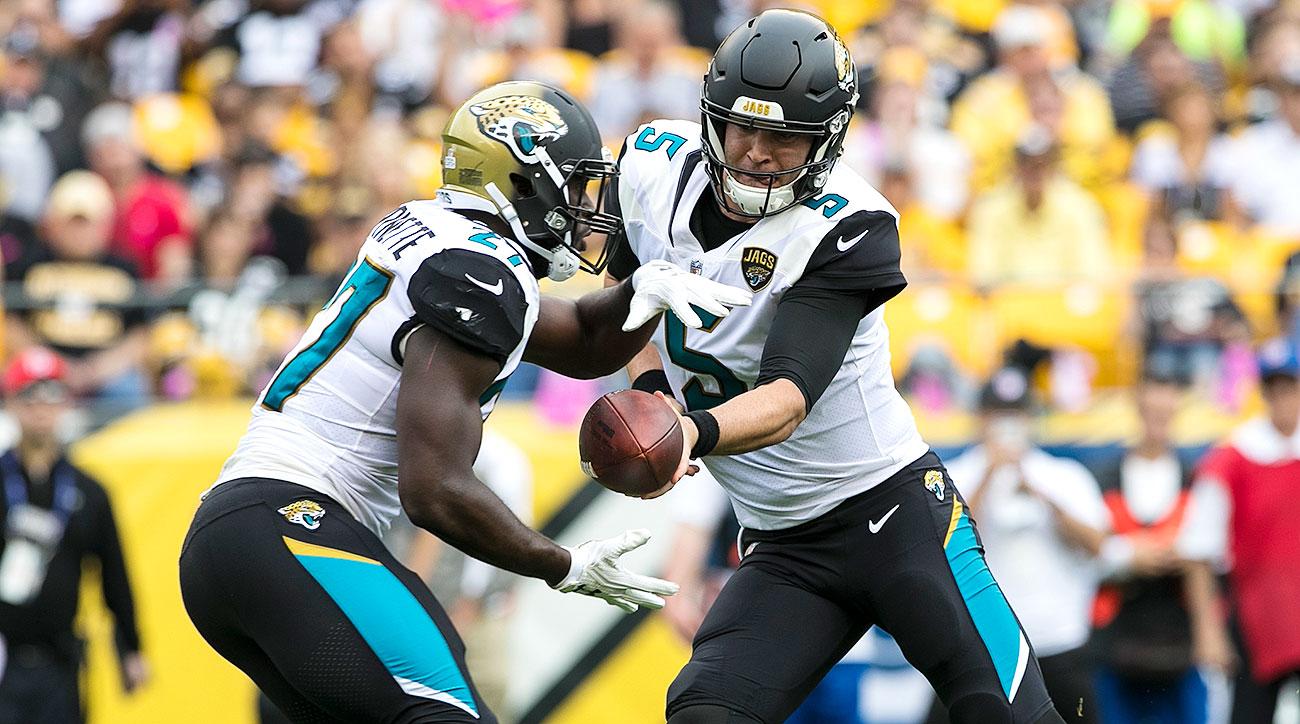 Can the B.O.A.T. take the next step and give this offense another dimension?

This team is all about the defense. As nice as it is to have the Jaguars D/ST, the offense leaves little to be desired aside from their bull of a RB. The rest of this offense will only go as far as their QB can take them. Unless they play more in London, then it’s game over for everyone else in the league.

Florida native Blake Bortles is pretty much the one holding back the Jaguars from being an elite NFL team. He’s not going to shred you for 400+ yard games with 3 touchdowns, but he moves the chains and doesn’t turn it over too often now. Good for real football, terrible for fantasy. You don’t need to draft him this year, simple enough.

Here is the one guy in Jacksonville’s offense that people need to have. Leonard Fournette is an absolute beast and was given the rock from Day 1 and hasn’t stopped since. He’s a rare workhorse in the NFL which is so valuable knowing Jacksonville wants to feed the beast throughout the game. He’s a late first round pick, and if he somehow sneaks his way into the early second you’d be a fool not to scoop him up.

What the Jaguars have here is a handful of good to mediocre receivers that will get limited action thanks to Bortles. That doesn’t mean they aren’t valuable. Last year Marqise Lee ended up being very solid as a WR2/3 for teams. However, when he leads the team with 56 receptions, there’s a serious cap on what these guys can do. Keelan Cole burst onto the scene late with a bunch of touchdowns in a short amount of time. And then there was Dede Westbrook who started the year on IR and was expected to make a big impact upon return as a playmaker. The guy was in the finals for the Heisman. I’m not too sure what to make of Donte Moncrief’s signing. He didn’t do much for the Colts last year, granted they had no QB. However, Bortles isn’t much of an upgrade, so these guys seem more like plug and play options when desperate.

ASJ was a guy we tabbed last year as a tight end sleeper to monitor, and he had a very good start to the 2017 year. Eventually that wore off, and he stuttered late into the season and now he finds a weird spot here in Jacksonville. He’s definitely got the talent, and it’s easier for Bortles to throw to him instead of deep only to have it picked off. Not sure how much ASJ stock I really want this year.

The Jags are right smack in the middle with the #15 ranked offensive line. The addition of Andrew Norwell last year was HUGE as he’s one of the best guards in football. It’s going to fall on the shoulders of second year tackle Cam Robinson.