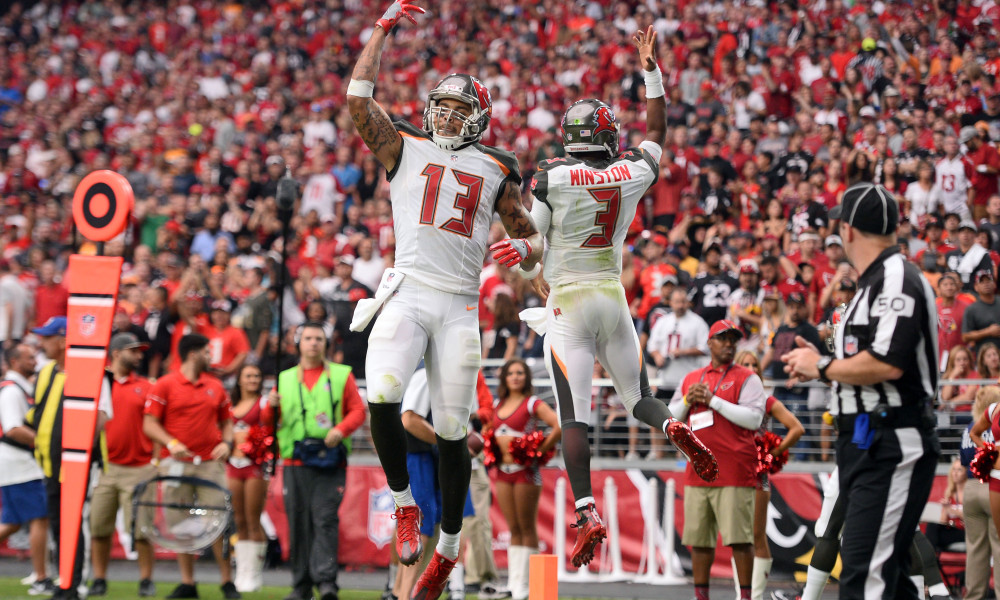 There are a lot of question marks outside of Mike Evans.

Oh how the mighty have fallen. What was once a young and promising offense has turned into such a dumpster fire seemingly overnight.  The Bucs took a major step back in 2017 after a great 2016 season than propelled Mike Evans into stardom. Winston looked ready to break out, and Doug Martin was going to explode in the backfield. None of that happened, and here we are.

Lots of issues here as starting QB Jameis Winston has been suspended for the first three games of the season. For a QB that underperformed so much last year, his fantasy stock is currently plummeting thanks to this recent suspension. You might have the idea of drafting him late for when he returns or as a bye week replacement, but he certainly isn’t looking like the #1 pick that he was supposed to be. I don’t see Ryan Fitzpatrick being drafted either, honestly.

There’s some new life in the Tampa Bay offense thanks to the addition of Ronald Jones from USC. The second rounder should win the starting job (if not, eventually), that was a coveted spot for us last year with Doug Martin (ew). Jones has some serious potential with limited competition in the backfield, hopefully leading to a workhorse role. Unfortunately, Jones has done little to nothing with his opportunity thus far and has performed so poorly it is unlikely he’ll open the year as the team’s RB1. Backup Peyton Barber would be a guy to watch if he manages to shed the backup role early on and starts the year as the starter. He’s nothing flashy but hey, starting RBs get volume and that’s all you can ask for in fantasy. He hasn’t looked as bad as Jones and currently seems to have the inside track to the starting gig. He’s still going at a discounted price in drafts which should be capitalized on.

The best part of the Tampa Bay offense is clearly their WR corp. Last year we had Mike Evans as our WR2 (yikes), and with questionable QB play his stock will likely be dropping. The thing to watch for though, is if it drops far enough, he could be a steal for all that talent he possesses. I’d look for Evans in the late second round portion of the draft.

Secondary wideout DeSean Jackson has seemed to fit into that WR3ish role for years now. The deep threat, boom or bust guy hasn’t done anything electric or eye popping in some time. Sure he can still be valuable or serviceable to a lineup but he’s not going to win you many games on his own. That’s where Chris Godwin comes into play. He has the shot to be the PPR reception guy, basically the complete opposite of Jackson. I wouldn’t expect too much from Godwin, but he’s a penny stock to keep an eye on. Just too many pass catchers in this offense.

These two are the most frustrating tight ends in the league. They are completely cannibalizing one another from having very good seasons. OJ Howard is still young, but oozes in potential of what he could possibly do. Sure enough, good ol vanilla Cameron Brate will continue to steal away into a disgusting tight end committee. The only time you should roster one of these two, is if the other one goes down with injury.

With the 22ndranked offensive line, the Bucs have nothing to write home about. Signing center Ryan Jensen could certainly help, but there’s a glaring need at left tackle which is arguably the most important spot. That’s certainly not going to help Harvard man Ryan Fitzpatrick while he’s filling in for Winston.