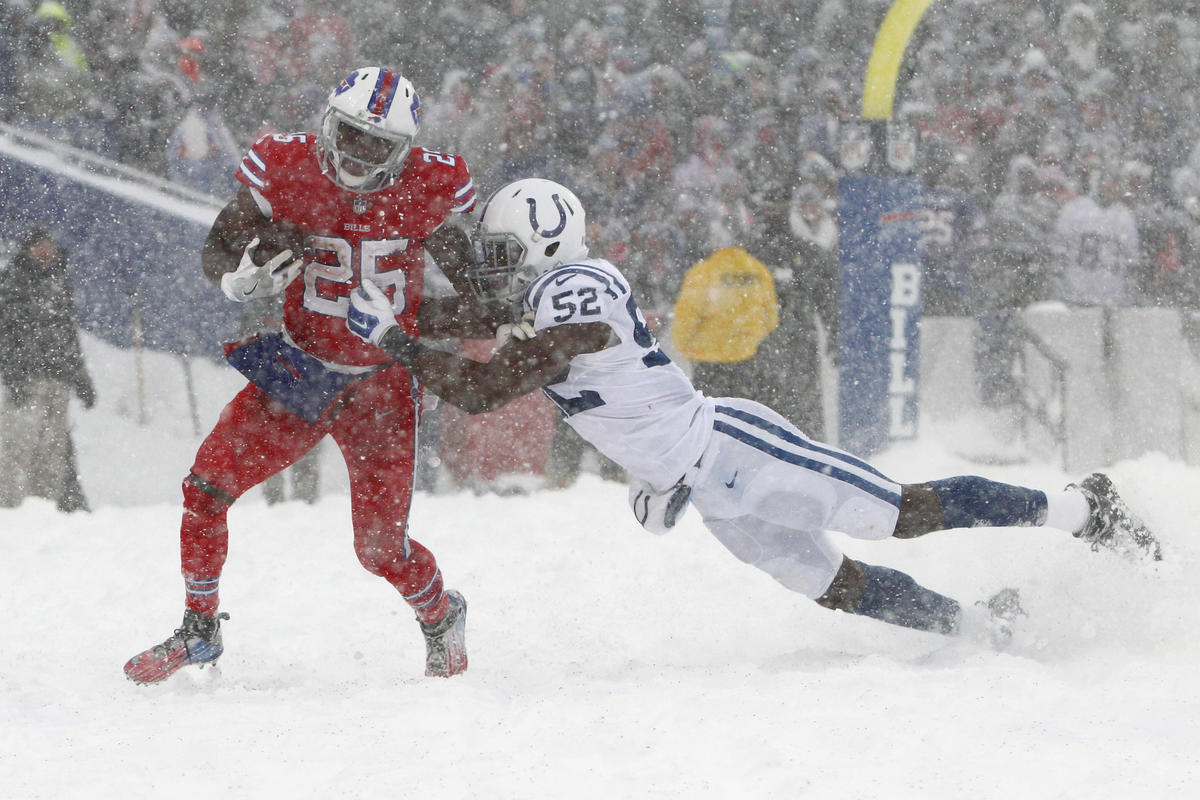 With Shady potentially facing suspension, there isn't much to see here.

The Buffalo Bills ended the year at 9-7 and snagged a Wild Card spot before getting bounced by the Jacksonville Jaguars in one of the least entertaining playoff games of all-time. The Bills were a successful football team mostly because of their defense with a sprinkle of Tyrod Taylor magic. Tyrod Taylor is now gone, and this offense looks like it could be in for a MAJOR downfall.

As mentioned above, the Bills traded Tyrod Taylor over to the Browns, leaving FA signing AJ McCarron or the king of interceptions himself, Nathan Peterman (NR) to run the offense. The team also drafted Josh Allen (NR) at #7 overall, but he’s marked as a project that will take time to develop. McCarron has started three games in his NFL career with extremely limited action in his time in Cincinnati. The ceiling for McCarron is pretty low, and with the hodgepodge crew of receivers in Buffalo, he’s not going to be drafted in fantasy leagues this year — neither will Peterman if he gets the nod.

The one semblance of a valuable fantasy product in Buffalo comes from RB LeSean McCoy. Unfortunately for McCoy, he’s now hit that dreaded 30 year old mark and has been making waves in the news off the field unfortunately. His stock is plummeting to the point where I wouldn’t even think to touch him in the first two rounds. The presence of Tyrod Taylor greatly impacted McCoy’s performance, and now we fear teams will stack the box against him with a new QB and limited receivers.

If McCoy were to miss any time due to legal reasons, backup Chris Ivory would not be a terrible option to roster. McCoy is already old enough as it is, so Ivory already possesses good handcuff value. I’ve always thought he was an underrated RB with sneaky penny stock value as there are plenty of things that could happen with McCoy.

Once Kelvin Benjamin was traded to Buffalo from Carolina, his numbers dipped drastically. His receptions, yardage and touchdown numbers all cut in half post trade and he was pretty much a guy you kept on the bench the rest of the year. Buffalo is not a passing team, they run through McCoy. Now with McCarron and Allen at QB, the passing numbers aren’t likely to get any better. There’s not a lot to like in Benjamin’s current stock, until you saw his first action in preseason. He was racking up the targets and receptions for the Bills offense as Nathan Peterman continued to find him open. Benjamin converted for a score, and brought some life back to his draft stock.

Buffalo did recently acquire former first round pick Corey Coleman from the Browns to add some depth to the team’s receiving core. At first glance it looked like Coleman could come in and slot alongside Benjamin. His stock definitely goes up from the departure of the WR3 spot in Cleveland behind two studs, but Benjamin’s increasing target hog status could dampen what to expect from Coleman.

A penny stock from the receiving core would be last year’s pre-season darling Zay Jones. A very underwhelming rookie season and a knee injury kept him at bay, but if you’re in a huge league with tons of depth, maybe take a late flier on him.

Here’s where the loss of Tyrod Taylor really hurts. The connection between Charles Clay and Tyrod was pretty strong and made “Chuck” a nice streaming or plug TE play when needed. It will be interesting to see how he connects with the new QBs, and could be a security blanket for the inexperienced signal callers. He’s not likely to be drafted, but keep an eye on him in free agency.

Buffalo’s offensive line took a HUGE hit this offseason with the departures of LT Cordy Glenn, LG Richie Incognito and C Eric Wood. Currently ranking 29th in 2018 offensive lines, this is a big time change for an older McCoy and these two inexperienced QBs. It’s a recipe for disaster.