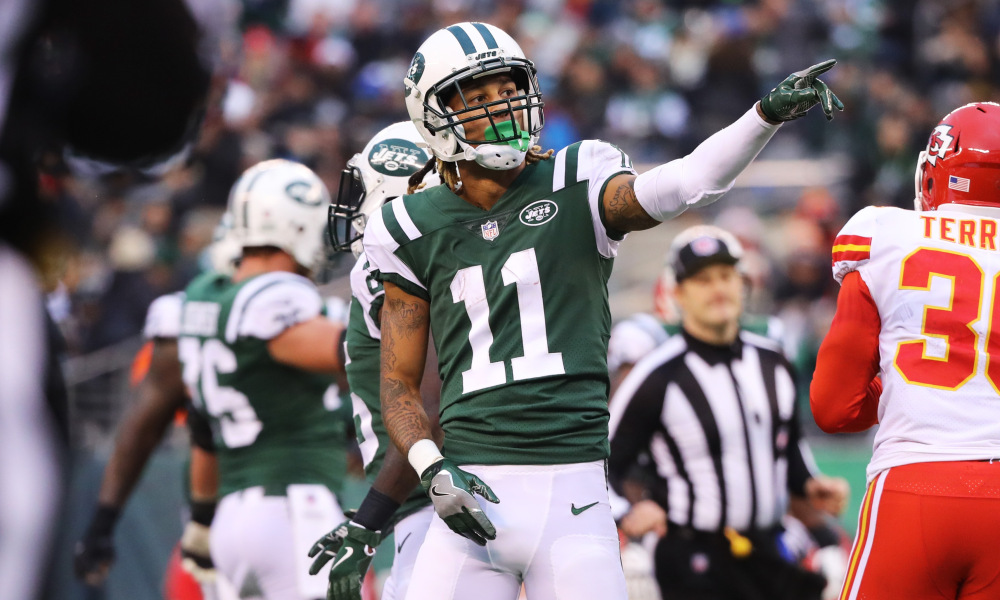 Per usual, the Jets suck.

The New York Jets are the ultimate cesspool of both real life NFL value along with their fantasy football prospects. I don’t know how much you can really say about this team, but they just flat out stink. It’s highly unlikely you’re going to find a fantasy stud from this pile of trash, but hey stranger things have happened.

Josh McCown enters as the starter for the Jets while youngster and first round pick Sam Darnold (NR) waits in the wings. Despite his 5-8 record, McCown ended up being a serviceable streaming option for a team in need. He ended the year with 2,926 passing yards with 23 total touchdowns (18 pass, 5 run). Thanks to a monstrous Week 13 performance against the Chiefs (31.14 pts), McCown actually ended up averaging 17 fantasy points per game showing he could very well be used as an emergency QB. His supporting cast leaves much to be desired, but McCown has shown he can work with what’s on the field. He won’t be drafted in your league this year, but remember to keep his name in mind as a bye week replacement with the right matchup. However, don’t count out Darnold, who put on quite the performance during his preseason debut, completing 13-of-18 passes for 98 yards and a score. Darnold is the most talented of the group, but the Jets would do the right thing to let him sit and learn, rather than throw him right into the fire.

The Jets appear to be heading towards a dreaded “committee” that all fantasy owners hate to see when discussing the RB group. There are four backs that should all be in the mix for touches in 2018. Isaiah Crowell was signed from the Browns and figures to be the lead dog. He had a very underwhelming 2017 year with 853 yards (only one 100 yard game) and two scores. His numbers likely won’t be getting any better with the downgrade in offensive lines and less touches likely to come but he should be the goal-line guy.

Bilal Powell was one of the bigger letdowns in all of fantasy last year. After a stellar end to 2016 thanks to such a high volume workload, Powell was going in the 5-6 round range in drafts in 2017 only to amass a whopping 178 carries for New York. That number will be dropping thanks to Crowell’s presence and Powell is looking like a guy that will be drafted in the double digit rounds. Other Jets RBs will be available in free agency.

The Jets only have one real draftable WR at the moment in Robby Anderson. He had a recent puff piece come out about him from his WR coach saying he’s ready to “explode”. The middle of his 2017 season proved that he absolutely has what it takes to be a very good fantasy receiver. He scored a touchdown for five straight weeks and ended up with seven straight double digit point fantasy performances. Obviously with the talent come the questions. His offseason issues with the law are very troublesome and could potentially lead to more problems. He does have the skills to succeed though and could be a sleeper in the later rounds. The rest of the Jets receivers should be left for free agency.

The former Oakland Raider is the defacto Jets starting TE with the departure of RSJ favorite Austin Seferian-Jenkins (ASJ). Last year he caught nine balls for 80 yards. That was it. Not much to see here.

Per PFF, the New York Jets have the 31st ranked offensive line entering the 2018 season. Not great for a weak running game and an older Josh McCown. This team is just spiraling out of control.